Navy officials are standing by plans to buy the F-35 joint strike fighter despite President Trump’s repeated criticism of the costly aircraft and the suggestion that the Navy should think about opting out of the program and expand its current fleet of F/A-18 Super Hornets.

Delays and problems with the F-35 have done nothing to change the long-planned end goal of replacing the Hornets, Navy Adm. Bill Moran told the Navy League‘s Sea Air Space symposium on April 3.

“The Navy still plans to procure two squadrons of Boeing’s F/A-18 and two squadrons of Lockheed Martin’s F-35C variant, which can take off and land on the deck of an aircraft carrier,” Moran said, according to Politico.

The comments came amid reports that Boeing, which makes the F/A-18 Super Hornets, had relaunched efforts making the case for the aircraft for the Navy,according to Defense One.

Trump has voiced strong views about the aircraft, weighing in on a debate that has simmered for years inside the Navy. Many naval aviators have expressed a preference for the F/A-18 but Pentagon officials have encouraged the service to commit to the F-35 to help drive down the cost of the aircraft for both the Marine Corps and the Air Force, which also plan to buy hundreds of F-35s.

Before taking the oath of office, Trump criticized the F-35 as too costly and reached out directly with a phone call to the Air Force general overseeing the Joint Strike Fighter Program, Lt. Gen. Christopher C. Bogdan. Trump reportedly made calls to Bogdan on two separate occasions, Jan. 9 and 17. During one of the calls, Boeing CEO Dennis Muilenburg was in the room, reports the Chicago Tribune.

It’s is unclear what exactly was said during the calls.

Trump sent Lockheed Martin’s stock tumbling with a single tweet on Dec. 22, when he wrote, “Based on the tremendous cost and cost overruns of the Lockheed Martin F-35, I have asked Boeing to price-out a comparable F-18 Super Hornet!”

Based on the tremendous cost and cost overruns of the Lockheed Martin F-35, I have asked Boeing to price-out a comparable F-18 Super Hornet!

A document circulated by Bogdan after the calls — titled “phone conversations with President-Elect” — laid out questions from Trump regarding the F/A-18 and how it might perform compared to the F-35C, the Navy’s variant of the jet capable of landing on aircraft carriers. 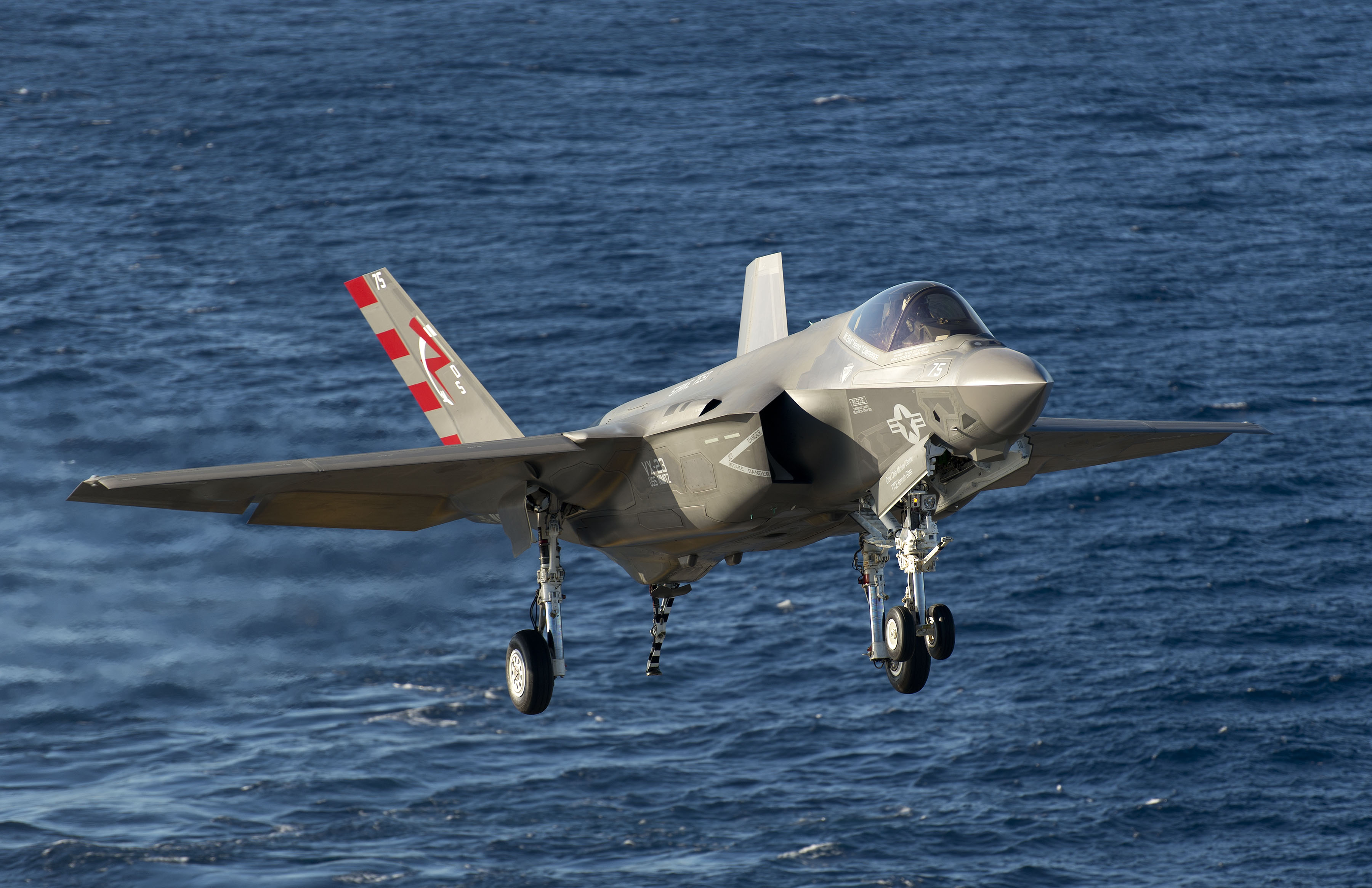 Navy Secretary Ray Mabus said the F-35C is likely to be the last strike fighter with a pilot in the cockpit. An F-35C performs sea trials aboard the carrier Nimitz in November.Photo Credit: Andy Wolfe/NavyIn December, Trump asked Muilenburg to “price-out a comparable,” advanced F/A-18, reports Defense One.

The following month, on Jan. 26, Secretary of Defense James Mattis ordered a review and comparison of the F-35C versus the F/A-18, according to a DoD memo signed by Mattis and obtained by U.S. Naval Institute News. 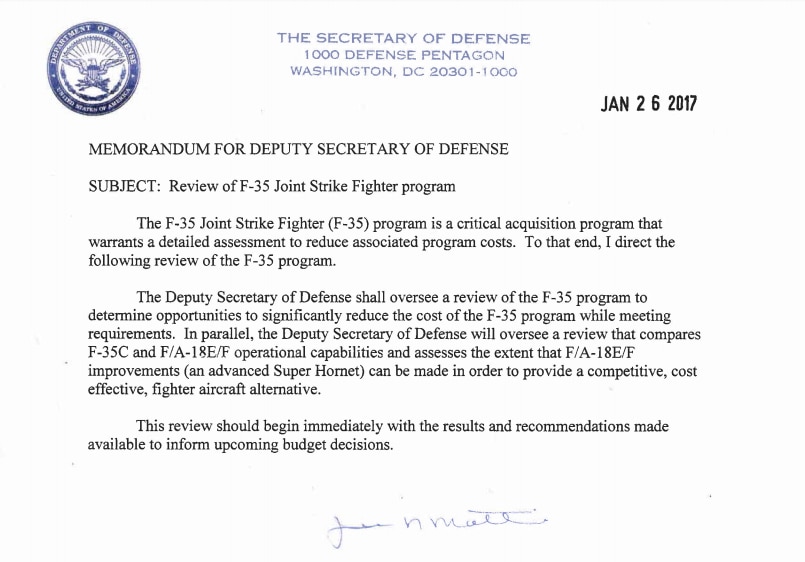 Boeing, which had backed off its efforts to compete against Lockheed’s jet, began circulating a one-page white paper urging more F/A-18s and less F-35Cs.

The Boeing jet is significantly less expensive than the Lockheed fighter, but many military officials say Lockheed’s F-35 is a far more capable combat aircraft.

Boeing’s paper argues that “adding additional F-35Cs will not solve this capability gap and will be prohibitively expensive. Adding Advanced Super Hornet F/A-18XT squadrons gives the Carrier Air Wing a significant edge against future adversaries and is an affordable solution to the inventory challenge,” according to Defense One.

Todd Harrison, senior fellow at the Center for Strategic and International Studies told the Los Angeles Times that 62 percent of F/A-18s are unable to fly due to maintenance issues. These maintenance needs stem from constant use of the F/A-18s, a major reason the Navy wants more new Super Hornets, according to Harrison. 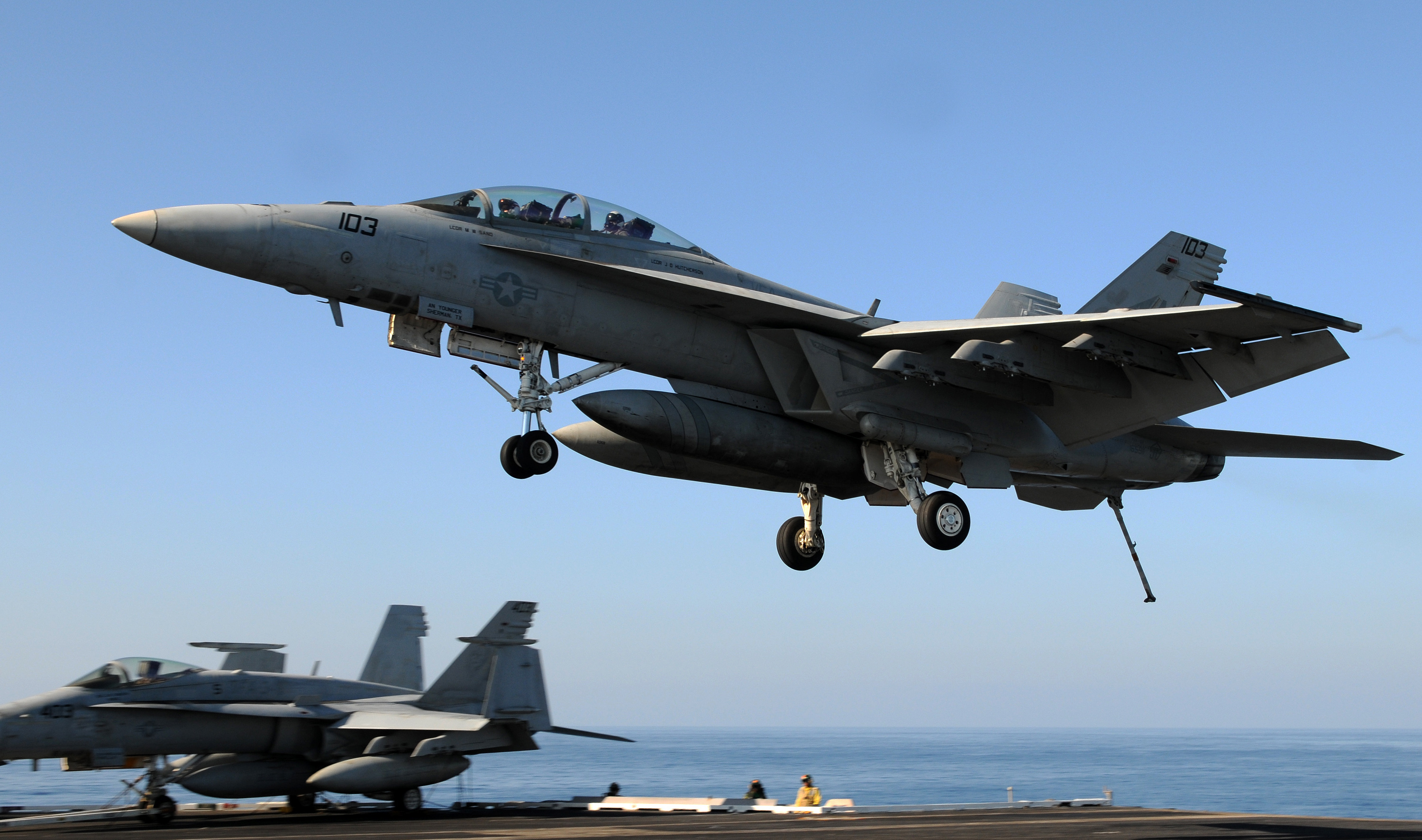 Repeated delays with the F-35 joint strike fighter have led to extending the service of F/A-18C Hornets and officials are preparing to also extend F/A-18E and F Super Hornets in coming decades to meet a fighter shortage.Photo Credit: MCSN Joshua E. Walters/NavyBoeing has developed a new, more advance F/A-18 called the Block 3 Super Hornet. The jet has many state-of-the-art features, including increased network capability, a touch-screen display and sensors that can target potential threats without depending on radar.

Boeing won a $678-million contract in February to sell new F/A-18s and the electronic jamming variant, the EA-18G Growler. But while there has been new life for the F/A-18, Lt. Gen. Bogdan remains confident in the F-35, arguing that it has capabilities the Super Hornet cannot match, according to Defense News.

Lockheed has also been highlighting efforts to lower the price of the F-35, with the declining cost of the jet now at $122 million per unit, down from $196 million in 2010.

While President Trump has called for 24 new Super Hornets in his budget, the Navy continues to indicate that it will maintain a fleet of both jets. The question remains though as to which jet the Navy will request more of.