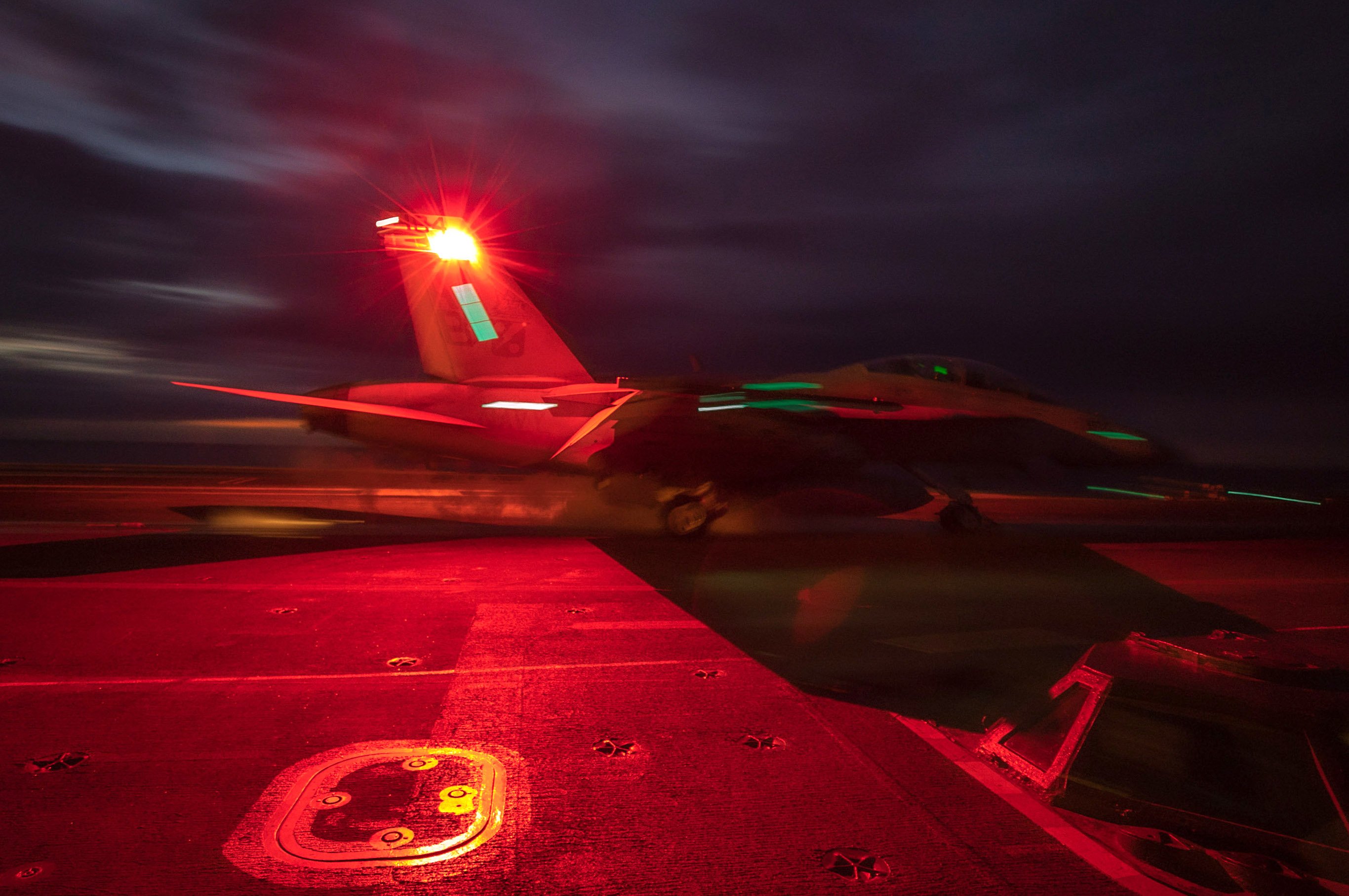 The future F/A-XX sixth-generation fighter will operate as the Navy’s “quarterback” for manned and unmanned teaming in future carrier operations, according to the service.

Navy officials described the vision for the Next Generation Air Dominance (NGAD) program, meant to expand the range for carrier-based operations, in written testimony to Congress this week.

“The NGAD [family of systems] will replace the F/A-18E/F Block II aircraft as they begin to reach end of service life in the 2030s and leverage Manned-Unmanned Teaming (MUM-T) in order to provide increased lethality and survivability,” reads joint testimony from Department of Navy acquisition officials. “F/A-XX is the strike fighter component of the NGAD FoS that will be the ‘Quarterback’ of the MUM-T concept, directing multiple tactical platforms at the leading edge of the battlespace.”

According to their testimony, the Navy initiated the “concept refinement” stage for F/A-XX, which is expected to be a manned fighter, in Fiscal Year 2021. That phase is progressing on time, the officials told Congress.

The idea for NGAD is that a family of manned and unmanned systems will work together, centered around F/A-XX, which is expected to be a manned fighter.

“These manned and unmanned aircraft plus attritable assets will be employed across domains to enable integrated kinetic and non-kinetic fires at tactically relevant ranges,” the Navy’s 2030-2035 aviation vision document from last year reads. “As autonomy and [machine learning] efforts mature, the appropriate mix of F/A-XX, manned and unmanned platforms will be evaluated to ensure the most lethal and affordable [carrier air wing] possible.”

The F/A-XX platform will ultimately succeed the F/A-18E/F Super Hornets as they reach the end of their service lives in the 2030s.

“Its specific capabilities and technologies are under development, however analysis shows it must have longer range and greater speed, incorporate passive and active sensor technology, and possess the capability to employ the longer-range weapons programmed for the future,” the aviation vision says of F/A-XX. “As the Super Hornets are retired from service, a combination of F-35C and F/A-XX will provide Navy tactical fighter aircraft capability and capacity within the CVW.”

The effective combat radius of the carrier air wing has contracted since the F-14 Tomcat interceptor left the inventory in the early 2000s. Due to the Pentagon’s strategy focused on the Indo-Pacific and the need to counter China in a potential conflict, the Navy has had to explore ways to extend the range of carrier operations due to the vastness of the region. The combat radius will nominally increase with the introduction of the MQ-25A Stingray unmanned carrier tanker. The first MQ-25As will deploy on USS Theodore Roosevelt (CVN-73) in 2026.

While the Navy is currently putting more research and development dollars into the NGAD program, the service has kept those costs classified for three consecutive budget cycles. During the March rollout of the FY 2023 budget proposal, Navy deputy assistant secretary for budget Rear Adm. John Gumbleton acknowledge that the research and development spending for NGAD increase “somewhat dramatically” across the Pentagon’s five-year spending plan.

Navy officials have repeatedly cited classification when asked for details about the program, but the service has not said why the research and development costs for NGAD are classified.

The Air Force is developing a separate Next Generation Air Dominance program. While the Navy and Air Force efforts are different programs, the concepts are similar in that a manned fighter would operate with unmanned aircraft.