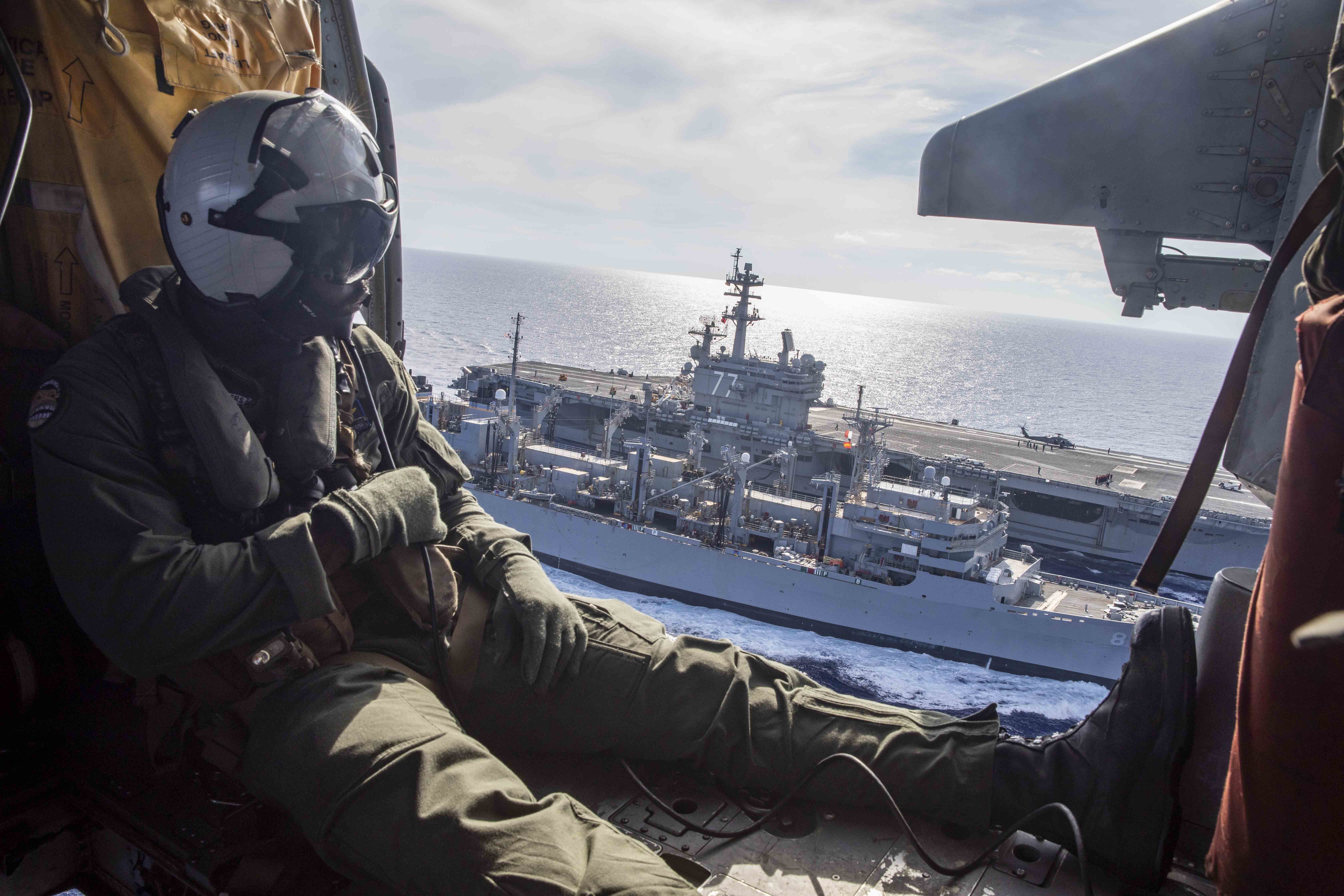 The George H.W. Bush carrier strike group has completed its pre-deployment graduation exercise ahead of a deployment to U.S. European Command, USNI News has learned.

“COMPTUEX lasts several weeks, during which units are tested on their proficiency and readiness for deployment through scenario-based, live training, that increases in complexity and intensity,” according to a statement from 2nd Fleet.

Part of the drills included the transfer of authority from U.S. 2nd Fleet to the Naval Striking and Support Forces NATO (STRIKFORNATO) out of Portugal. The Harry S. Truman carrier strike group, currently operating in the Mediterranean Sea, has come under NATO control twice during its deployment.

During the transfer of control, “the strike group used NATO reporting procedures, messaging formats and chat capabilities, reinforcing command and control and aligning communications channels to ensure a seamless process in the event of a crisis,” according to the release.
“In addition to the U.S. Navy participants, the 26th Marine Expeditionary Unit from Camp Lejeune, North Carolina, the Italian destroyer ITS Caio Duilio (D 554) and submarines from Brazil and Colombia joined the strike group.”

Bush, CVW-7 and its escorts are now expected to relieve USS Harry S. Truman (CVN-75) and CVW-1 that have been operating in the Mediterranean Sea since December. Aircraft from Truman have been key to U.S. presence operations along NATO’s eastern front flying 60 to 90 daily sorties, USNI News learned on a visit to the carrier in March.

Truman was extended by Secretary of Defense Lloyd Austin to operate in the region until it could be relieved by Bush, a defense official confirmed to USNI News earlier this year.