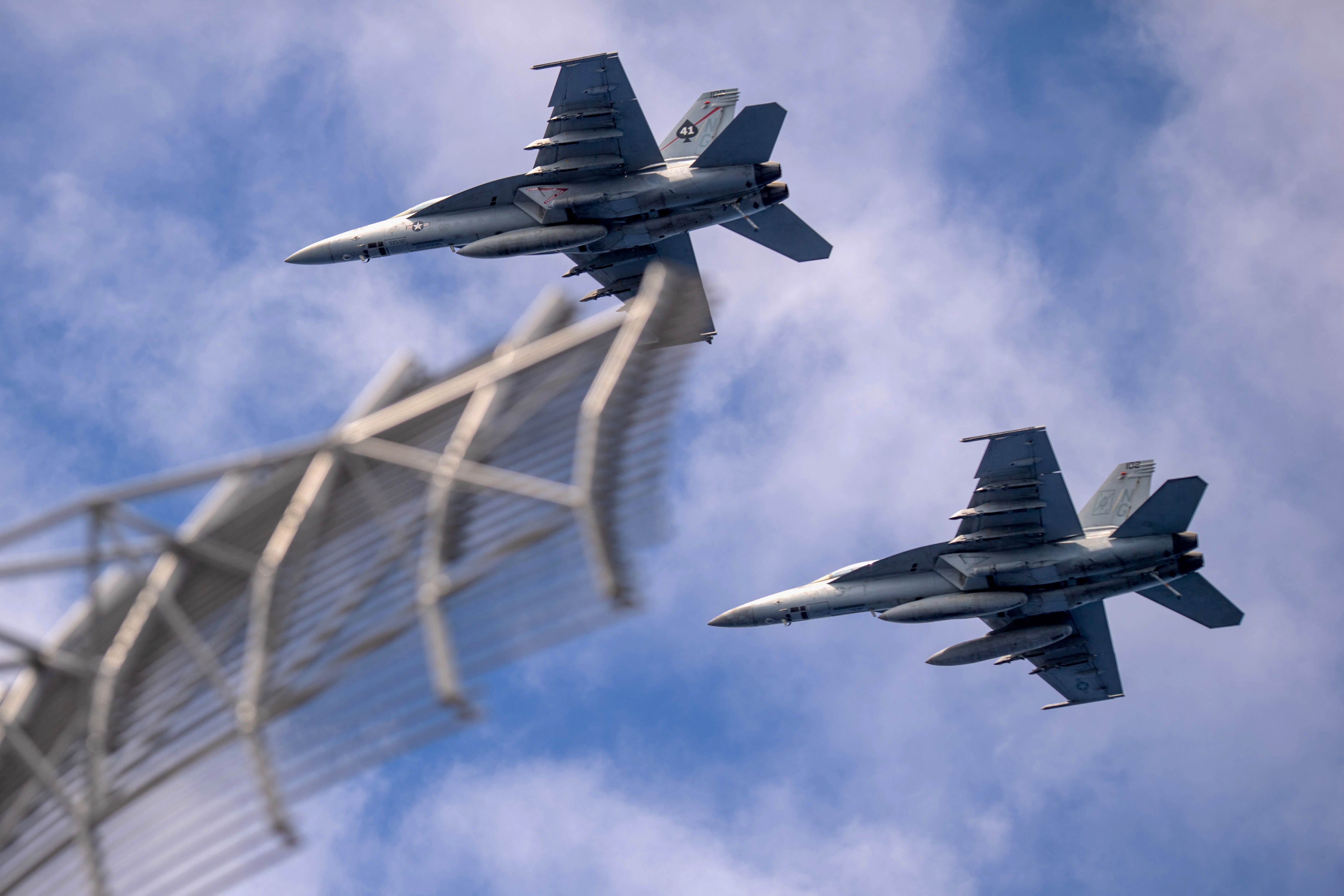 NATIONAL HARBOR, Md. — If Congress mandates the Navy keep buying the current F/A-18E/F Super Hornets, the airframes will be in the fleet into the 2050s. But by then, the fourth-generation fighters likely couldn’t stand up to future threats, a service official said Tuesday.

Super Hornets are, “a 30-year airframe at 10,000 hours. So that takes us out to about 2055. And there isn’t a lot of analysis out there that supports fourth-generation viability against any threat in that timeframe,” Loiselle said at the Navy League’s annual Sea Air Space 2021 conference.

Loiselle argued that investing in Service Life Modification upgrades for aircraft already in service provides the capability and flight hours the Navy needs, noting the service can pay for three upgrades for the same amount of money it would cost to buy one new fighter. If the Navy does need more Super Hornets in the future, Loiselle said he can add more aircraft into the SLM update program. The number of aircraft is not the highest priority for the Navy, which is more concerned with readiness and lethality, he said.

Loiselle was expanding on comments made by Chief of Naval Operations Adm. Mike Gilday, who on Monday criticized defense lobbyists for pushing Congress to purchase Navy platforms that the service does not want to buy.

“It’s not the 90s anymore. If you go to the tri-service strategy, we really try to punctuate the sense of urgency that we feel everyday against China to move, to move the needle in a bureaucracy that’s really not designed to move very fast,” Gilday said. “And so although it’s in industry’s best interest . . . building the ships that you want to build, lagging on repairs to ships and submarines, lobbying Congress to buy aircraft that we don’t need that are excess to need, it’s not helpful. It really isn’t in a budget-constrained environment.”

Service officials have repeatedly emphasized that they foresee flat or declining defense budgets, meaning the Navy must plan accordingly and make difficult spending decisions. In describing the Navy’s approach to spending, Loiselle said the service has four priorities, with building the Columbia-class ballistic missile submarine program at the top of the list.

The Navy announced in its Fiscal Year 2021 budget submission that it would stop buying Super Hornets after that budget year, despite prior plans to buy more of the fighters in a multi-year procurement from FY 2022 to FY 2024. At the time, the service said it would use the money to invest in its Next Generation Air Dominance (NGAD) program, which is early in development, and “and other key aviation wholeness investments.”

Loiselle said the Navy’s choice to pursue the Service Life Modifications for the Super Hornets as opposed to buying new airframes gives him the flexibility to update more of the fourth generation aircraft if the service needs them.

“Given a limited funding environment, the choice was made to put that money against increases of lethality in the weapons and [research, development, test and evaluation] needed to ensure that the viability of the fourth/fifth generation mix and the weapons needed to be fully capable as a fifth-generation, moving into sixth-generation capabilities,” Loiselle said. “That also allows me some number of F/A18 Block IIs that are not currently scheduled to go through the SLM process. And I can then add to that line as necessary should my capacity numbers change in the future.” 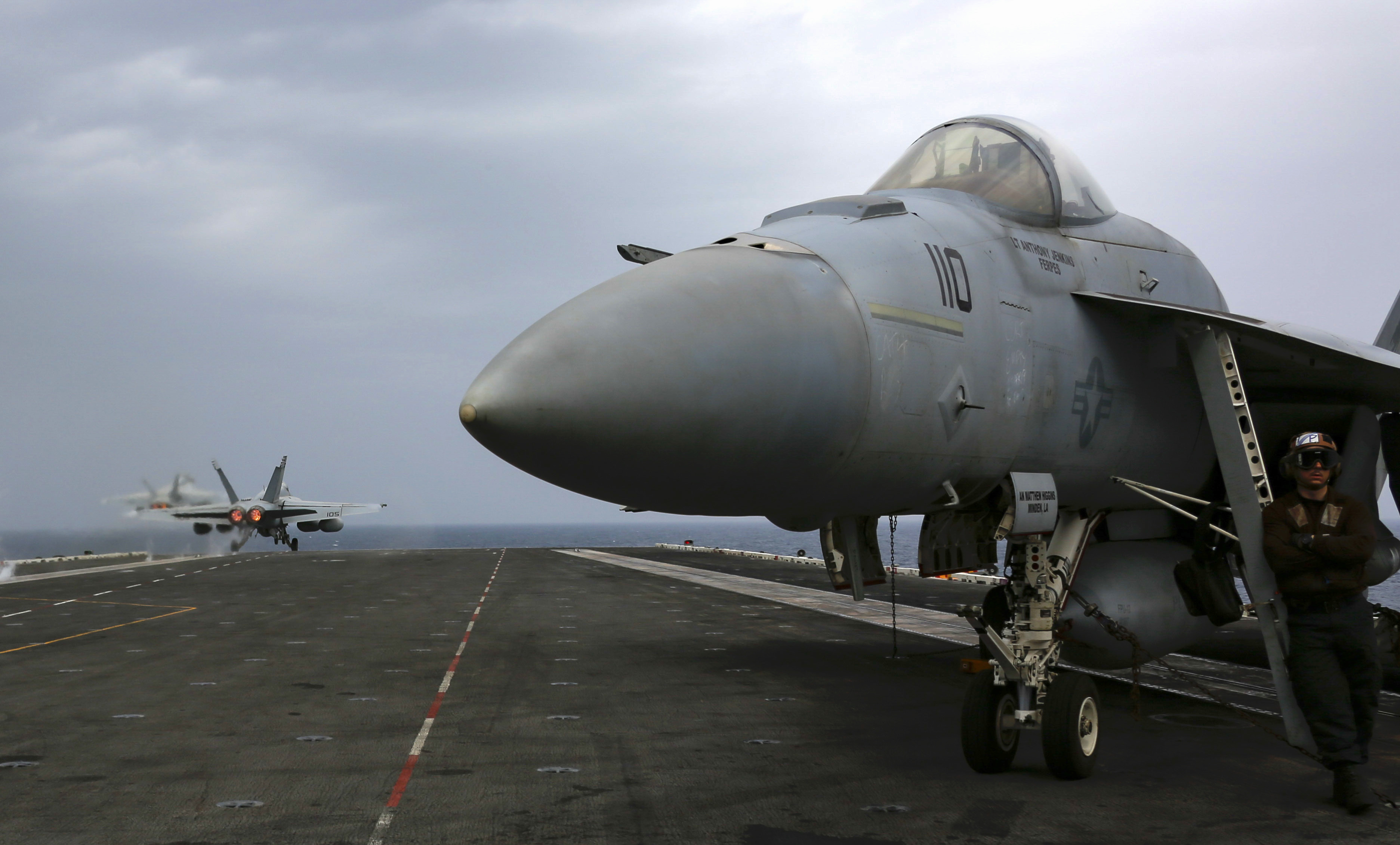 But the House Appropriations Committee recently added 12 Super Hornets to the Navy’s budget in the draft of the FY 2022 defense spending bill, according to a committee summary of the legislation.

“While the Navy’s justification for this decision is to invest in its next-generation aircraft, its Next Generation Air Dominance program has just begun defining aircraft requirements and developing concepts,” Hartzler wrote in the St. Louis Post-Dispatch. “These Super Hornets are a proven platform that will make up the vast majority of the strike fighter force for at least the next decade. Modernizing in this regard is a positive step. However, doing so without plans to replace the lost capability is why we need the Super Hornet.”

It’s unclear what the House Armed Services Committee will do with the Super Hornets. During a briefing last week about the HASC tactical aviation and land forces subcommittee’s mark of the FY 2022 authorization bill, a committee aide said the chairman’s mark would tackle any decisions that might alter the Navy’s plans for the fourth-generation aircraft.

“In terms of NGAD, yeah, we’re aware that the Navy wants to focus more resources and funding on NGAD. But if you recall, about eight or 10 years ago they tried to do the same thing when F-35C was in development in that they wanted to – you know, they truncated their Super Hornet line to focus more on F-35C. As they found out, as F-35C kind of struggled, the Navy had to go back to procuring more Super Hornets,” the aide told reporters last week.

“We’re cautious about the Navy’s approach to truncate a hot production line while they focus on a new development program. And given the technology that they’re trying to integrate into NGAD, it’s probably not going to be any easier than what F-35C was,” the aide continued. “So, just you know, taking lessons learned from the past, we’re just keeping an eye with how the Navy’s going to move forward with trying to manage and mitigate their strike fighter shortfall.”

Asked about lawmakers’ concerns over a potential capability gap and ending a mature production line to pursue new technology, Loiselle emphasized the need to evaluate risk through the lens of the service’s priorities under a constrained budget.

“Within the aviation [total obligation authority], then that gets into the choices that are available in order to support development of a sixth-generation capability. All of our analysis indicates that this is going to be required, absolutely and unequivocally, going to be required,” he said.

The service will have to develop that capability with an aviation budget that is unlikely to grow. So far, the Navy sees a path to develop NGAD without an influx of capital.

“Right now in the RDT&E phase while we’re developing these capabilities, that exists within my current plan and I’m not asking for money from anybody else’s accounts in the Navy in order to do that. What I am doing is an outreach program to all the [Product Support Managers] so we can do our best to increase their confidence in our ability to develop this program as an independent Navy program,” he said.
“That means I’m going to have to give up something to get something.”

The NGAD program is classified, so service officials have provided little details. But NGAD is slated to be a family of manned and unmanned systems that will work in conjunction with a fighter jet, also known as the F/A-XX, as the nucleus. Rear Adm. Gregory Harris, the previous N98, in March said the fighter will “most likely be manned.”

Loiselle said the Navy is open to ideas for NGAD and does not want to restrict the options the Navy could pursue for the program.

“We are not constraining that debate. It could include attritables. It could include manned-unmanned teaming. But bottom line is it will be an increasing percentage of the carrier air wing that becomes unmanned as we go out into the future and into that air wing of the future,” he said. “And I don’t want to constrain that debate. I think there’s a lot of good ideas out there and conversations that need to be had about where we’re going to take that.”

The Air Force, for example, is pursuing an unmanned partner aircraft called Skyborg that would supplement other aviation assets.