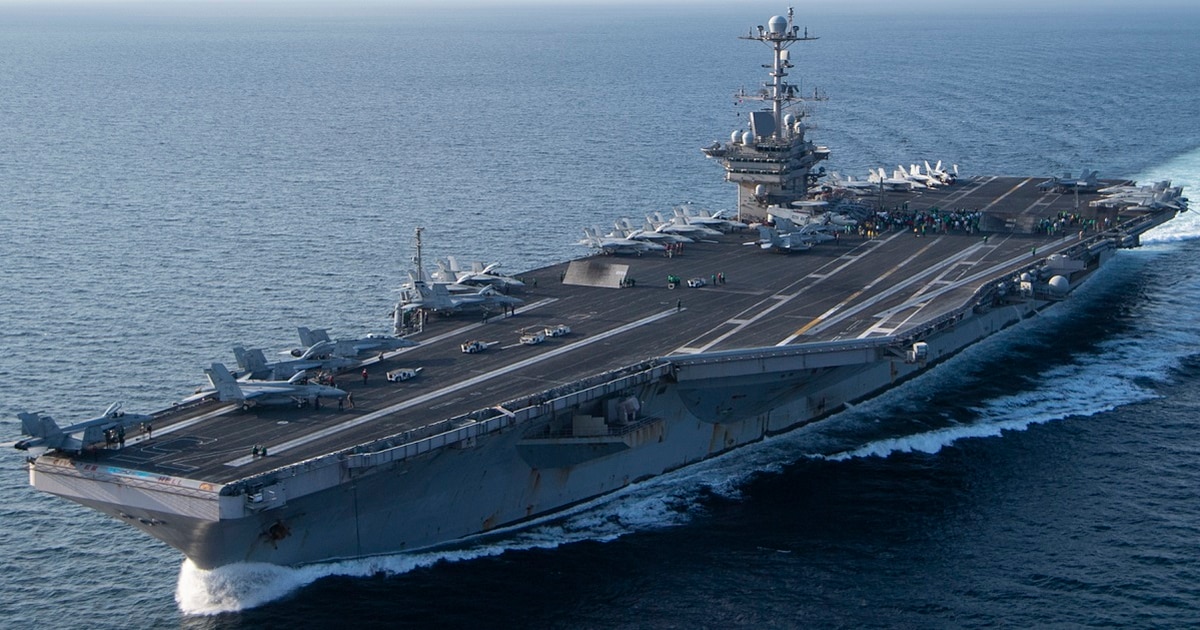 Truman arrived back in Norfolk last spring but was kept at sea for several months to prevent COVID-19 infection during the sustainment phase of its deployment cycle.

It went into the yard July 7 for what a Navy press release called the “Truman Project,” which involved “a record-breaking quantity of maintenance work and multiple equipment testing evolutions never previously attempted during a maintenance availability.”

“I’m both honored and humbled to be part of this dedicated group,” he said in the release.

While officials have not said how soon Truman will be ready to deploy, its return to sea this week will likely soon provide another much-needed East Coast carrier for operations.

The workhorse carrier Dwight D. Eisenhower is in the midst of its second deployment in a year.

Otherwise, the carriers George H.W. Bush, John C. Stennis and George Washington are all in various stages of maintenance there, while the perennially late, next-generation carrier Gerald R. Ford gets ready for at-sea shock trials this summer.

All told, the Truman work involved more than 300,000 “man-days” of maintenance, which was fitted into a shorter timeline than the planned incremental availabilities that carriers usually undergo at the end of three-year deployment cycles, known as the Optimized Fleet Response Plan, or OFRP.

Such a timeline allowed the Truman to be ready to return to operations faster, according to the Navy.

While the work and timeline of the Truman maintenance expanded during the availability, the ship’s OFRP timeline was not affected, the Navy said.

Because Truman’s post-deployment sustainment phase was spent entirely at sea to mitigate COVID, in-port work usually done during that stage — such as equipment evaluation and pre-shipyard advance work — did not begin in earnest until the carrier arrived in the yard.

To help with the work as a maintenance backlog formed at the public shipyard during the pandemic, the Navy mobilized 66 reservists to help with a variety of work on the ship.

In addition to the shipyard work, Truman sailors restored and rehabbed 141 decks, refurbished all three wardrooms, the ship’s forward and aft mess decks, numerous offices and staterooms as well as 230 watertight doors, according to the Navy.

A mid-point propulsion plant start-up was also conducted, the first time such an evolution has been done during a shipyard maintenance availability.

“No load” catapult testing was also done, another first for a carrier in the yard.

Throughout the availability, sailors also conducted several training events normally reserved for the OFRP basic phase, knocking out about two-thirds of the certifications required for an operational deployment, the Navy said.

“The crew performed admirably, and Afloat Training Group assessors noted that Truman was well ahead of where most carriers are expected to be at this point in the training cycle,” Lt. Cmdr. Chris McHenry, Truman’s training officer, said in the Navy release.

While the Navy does not disclose the number of COVID-19 outbreaks on ships, the Navy release states that “Team Truman had low rates of infection and was able to complete the availability healthy and strong.”

More than 1,400 Truman crew members have been voluntarily vaccinated for COVID-19.

Truman will now heading to sea to conduct testing and further certifications.