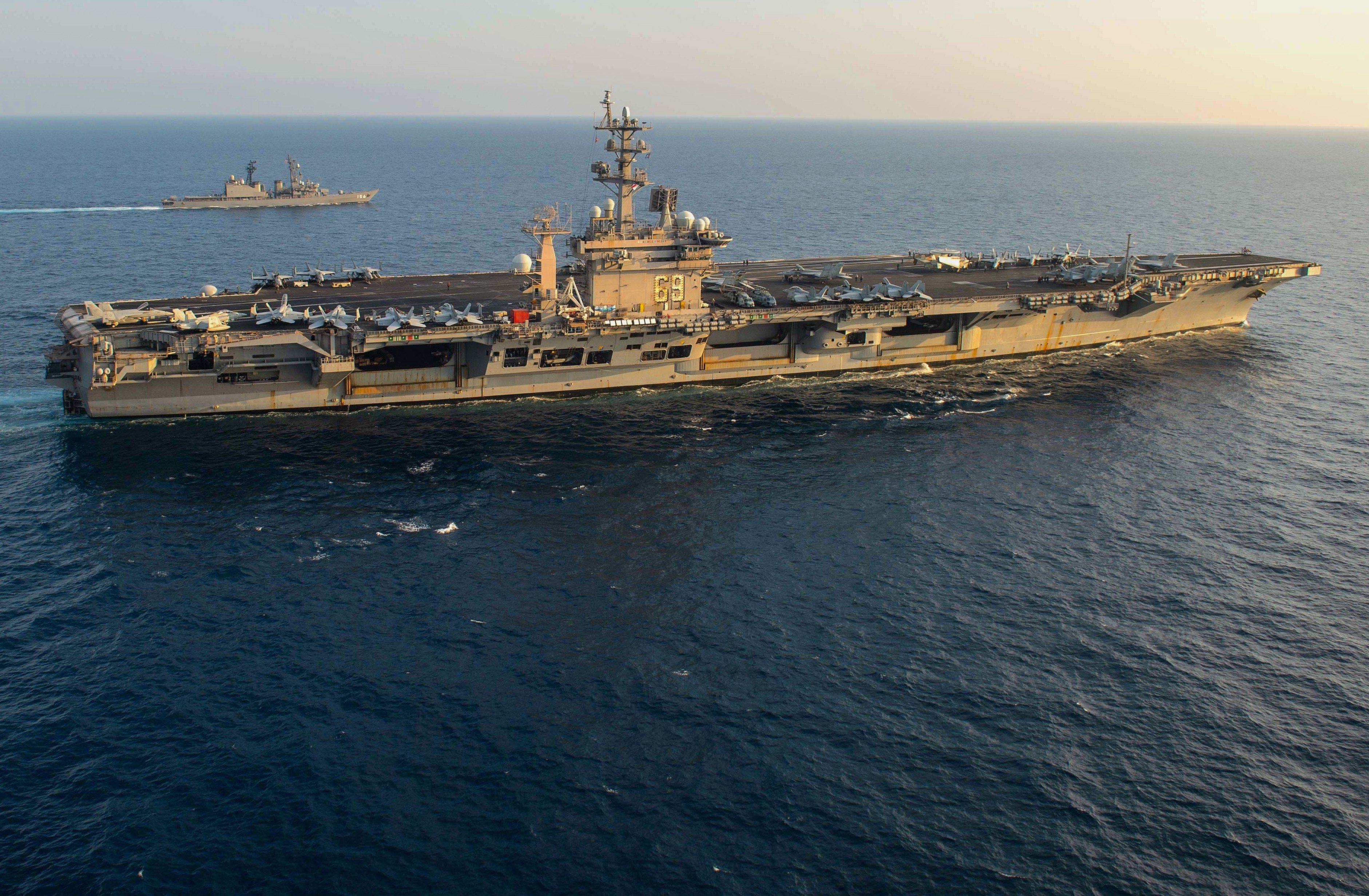 The Eisenhower Carrier Strike Group current stop in the Middle East could be extended to help cover the withdrawal of U.S. and NATO forces from Afghanistan, two defense officials confirmed to USNI News on Thursday.

As of Thursday, USS Dwight D. Eisenhower (CVN-69), Carrier Air Wing 3 and IKE’s escorts were operating in the North Arabian Sea after arriving in U.S. Central Command in early April to support the ongoing anti-ISIS Operation Inherent Resolve. CENTCOM commander Gen. Kenneth McKenzie has sent a request to Secretary of Defense Lloyd Austin for the strike group to remain in CENTCOM instead of continuing on with its planned operations in other regions, the officials told USNI News.

While the Biden White House has set a Sept. 11, 2021, deadline for a complete withdrawal from Afghanistan, it’s unclear how long a strike group would be required to be in the region or if it would be asked to extend beyond the typical six-month deployment length.

A statement from a Pentagon spokesman, responding to a Wednesday story from The New York Times on a carrier deploying to the Middle East, would not confirm details of assets involved in the withdrawal.

“We will do everything possible to protect our troops,” reads the statement from Pentagon press secretary John Kirby.

In Thursday testimony to the Senate Armed Services Committee, McKenzie didn’t address having a carrier in theater directly but offered assurance to lawmakers that the U.S. would be able to adequately cover the withdrawal in case Taliban forces attacked.

“We’re prepared if the Taliban wanted to take shots at us. Today, after [May 1], or any time during the withdrawal,” McKenzie told the Senate Armed Services Committee on Thursday.
“Yes, we will bring additional resources in [to the region] in order to protect the force as it comes out. That’s normal in any kind of disengagement operation, and I don’t want to go into the detail of those operations right now, but we will have additional capabilities and I’m confident that we and our coalition partners will be able to extract ourselves.” 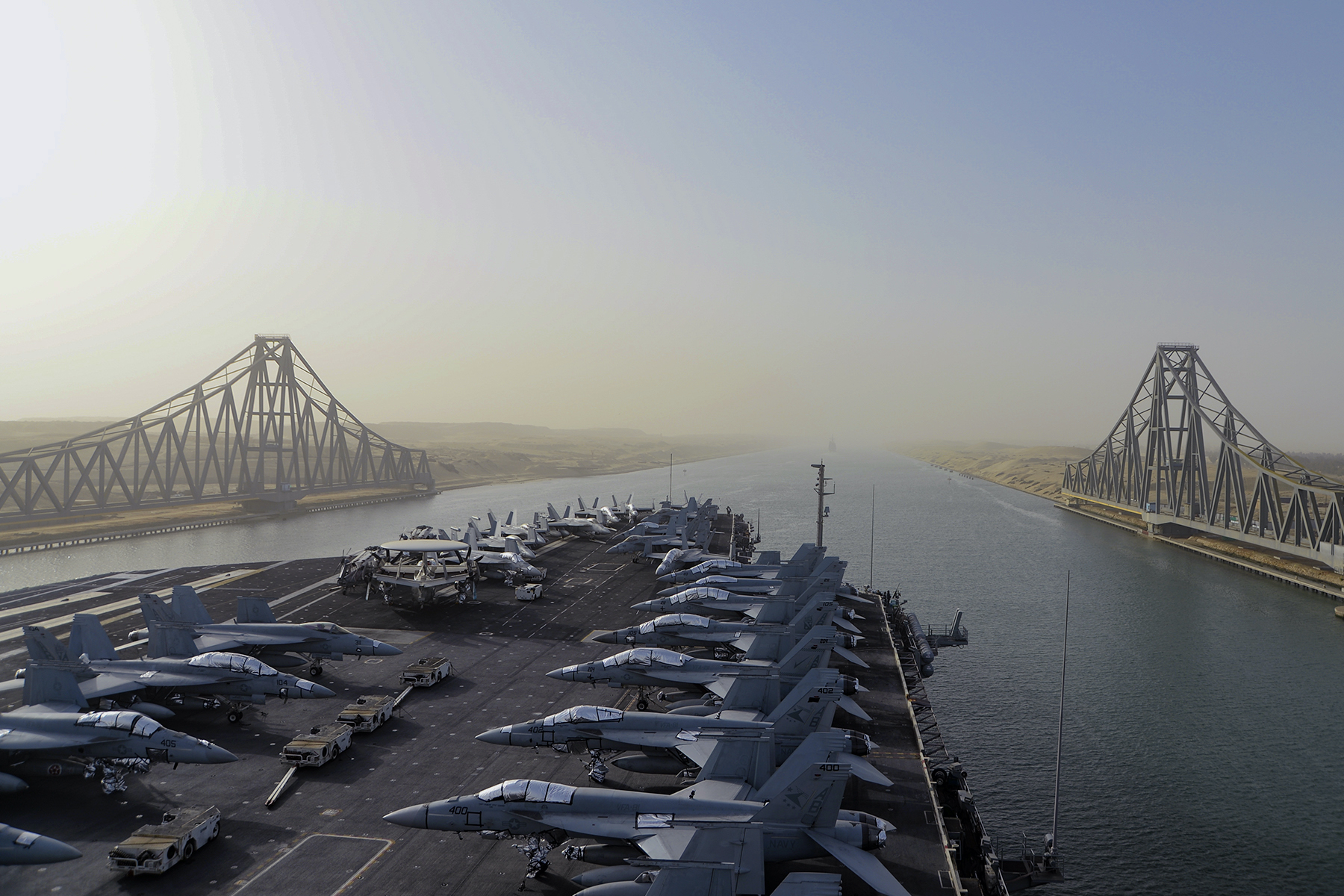 The Eisenhower Strike Group has been in the Middle East since early April, after a Suez Canal transit that was delayed due to the canal blockage by merchant ship Ever Given. USNI News understands IKE was set to return to the Mediterranean Sea later in the deployment, but those plans will likely be set aside.

When the strike group deployed, the Navy gave hints it would participate more with NATO forces rather than maintain the constant presence in the Middle East. From mid-2019, the U.S. maintained a near-constant carrier presence in the region as a hedge against Iran. That coverage was dialed down in January when the Nimitz Carrier Strike Group was sent back to the West Coast in February after a record-shattering 341 days away from homeport.

Eisenhower began its deployment in late February – its second in a year, as the U.S. carrier force has continued to be strained by combatant commander requirements while also facing a maintenance infrastructure that can’t keep up with the demand for forces.