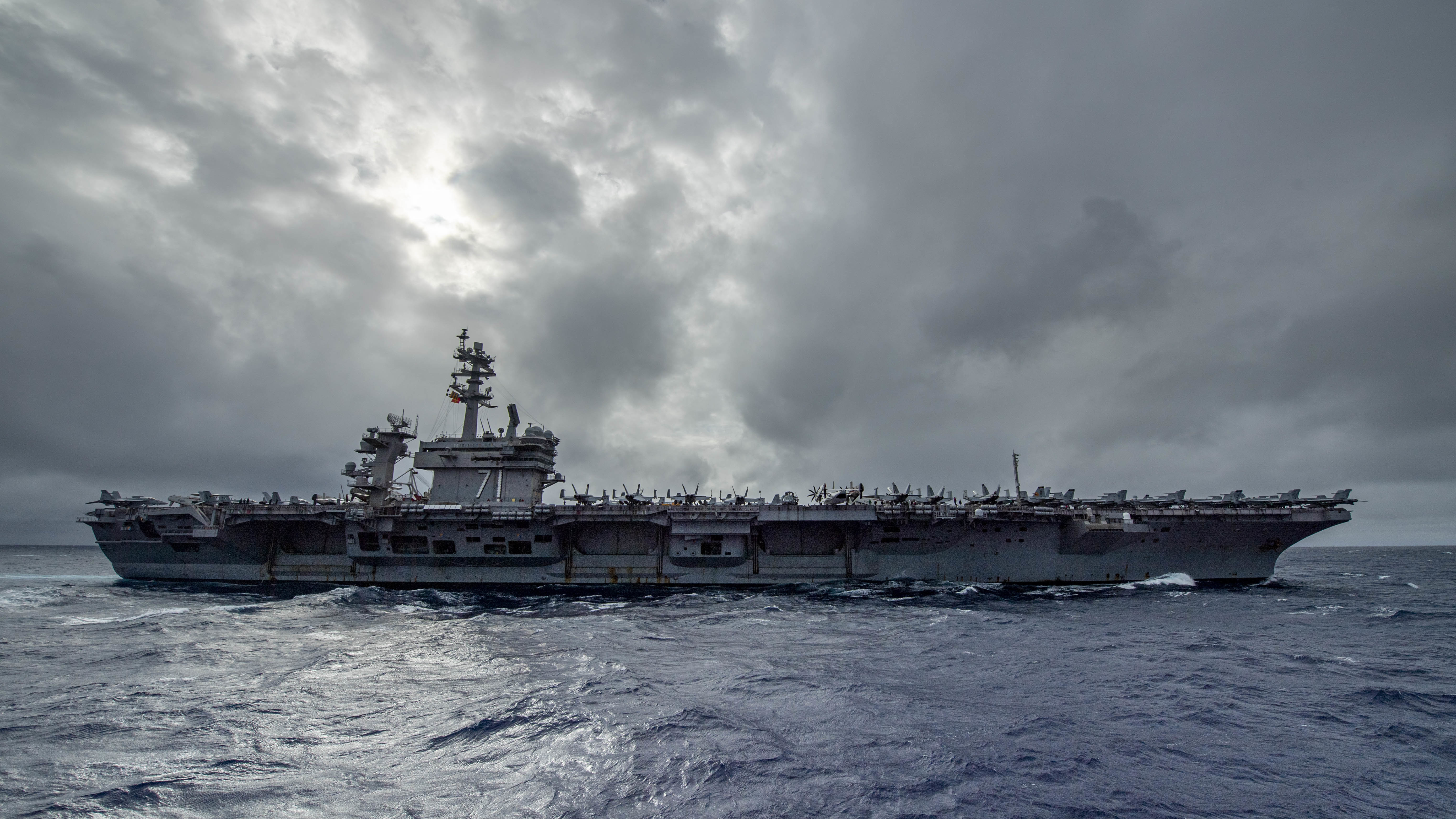 While the Chinese Navy is building up its fleet, it isn’t operating more aggressively toward U.S. ships in the region, according to the commander of a carrier strike group currently deployed to the Indo-Pacific.

Rear Adm. Doug Verissimo, who commands Carrier Strike Group 9, acknowledged the build-up of the People’s Liberation Army Navy but said he is not seeing changes in how the U.S. Navy operates near the Chinese compared to his prior deployments to the region in 2017 and 2018.

“A large percent of our interactions are very predictable and professional. And we work through our [area of responsibility] obviously with [Japanese Maritime Self-Defense Forces], hand-in-hand with them, in the AOR with other fleets and other forces. And I just haven’t seen a significant change, other than obviously the Chinese maritime force is growing,” Verissimo told reporters in a call Tuesday morning local time. 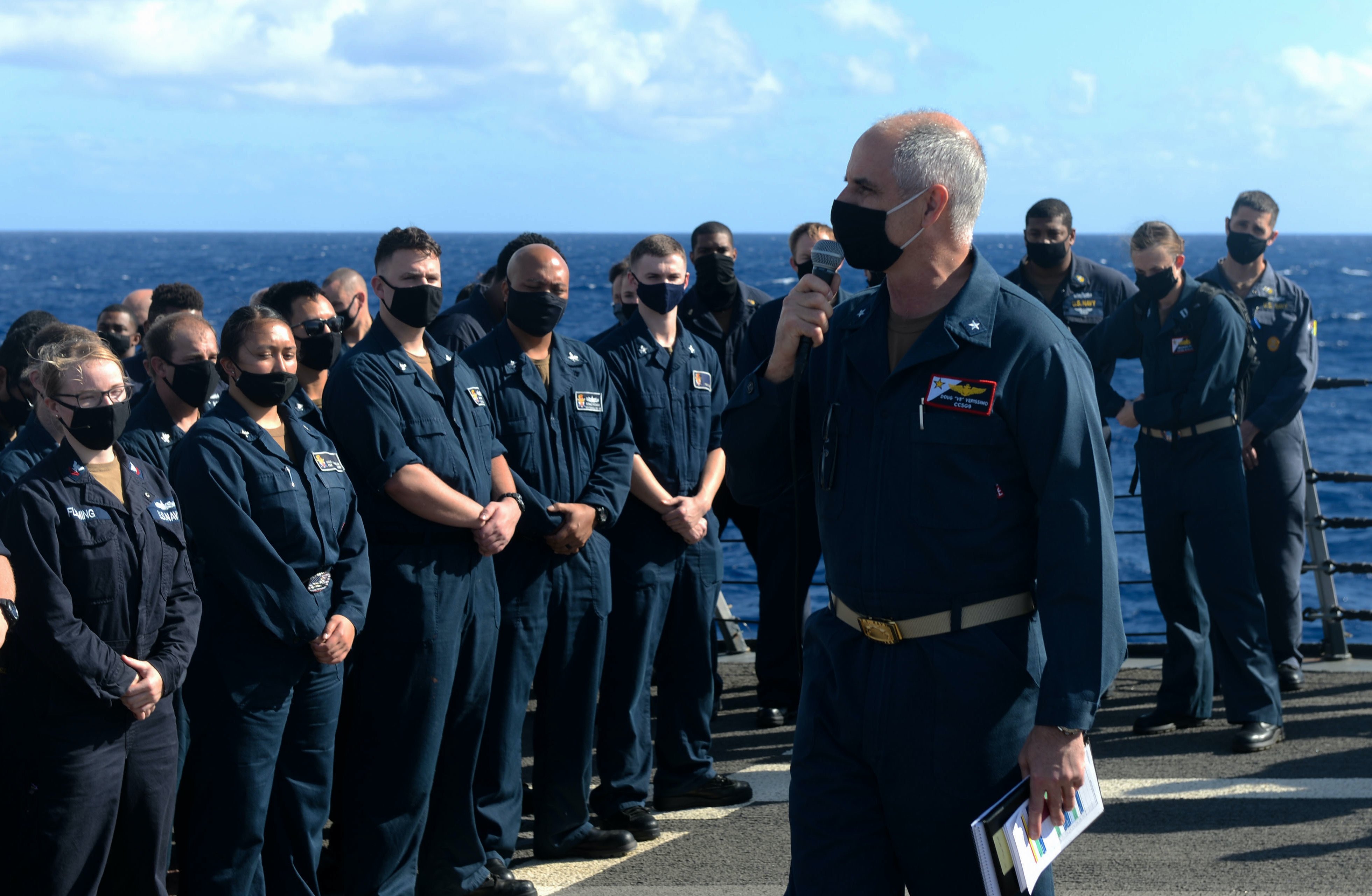 “From the tactical, on the water, I don’t see a significant difference in how we approach each other, pass each other and communicate with each other,” he added.

Last week, the carrier strike group participated in an exercise with the Japanese Navy.

“The bilateral exercise supported the U.S. Navy and JMSDF mission to develop regional capabilities that provide layered defensive options to protect each nation’s interests and those of their allies and partners,” the U.S. Navy said in a news release.
“The participating forces exercised a wide range of capabilities, from maritime security operations to more complex air defense exercises, which demonstrated the inherent flexibility of the two combined forces.”

Theodore Roosevelt is currently deployed to the region for the second time in a year. The carrier’s last deployment was marked by a COVID-19 outbreak onboard, leading the ship to sit pier side in Guam for nearly two months with more 1,200 sailors infected. One sailor, Aviation Ordnanceman Chief Petty Officer Charles Robert Thacker Jr., died.

Capt. Eric Anduze, the commanding officer of the carrier, said the crew learned from the last deployment. The ship has stringent measures for cleaning, which takes place three times per day, and the crew is practicing social distancing.

“COVID is a very dynamic and very fluid environment at this point. We have learned a lot about taking care of each other through hygiene, through cleaning, through social distancing. I think that, just as we have learned in the past year and the measures have changed throughout that year, we will continue to adapt,” Anduze said. “The personal hygiene, the mask-wearing, all of that will be something that we will continuously evaluate to make sure that we are making the smartest decision in order to maintain our sailors ready for any contingency.”

In addition to the physical health of the sailors, Anduze said he also must consider the mental health of his crew because the pandemic has made seeing family members difficult.

“That is, I think, a focus area that we’ll have to take care of for a long time,” he said of mental health.