Home » Naval Aviation Hot Topics » Navy’s priciest carrier ever struggles to get jets on, off deck

Navy’s priciest carrier ever struggles to get jets on, off deck 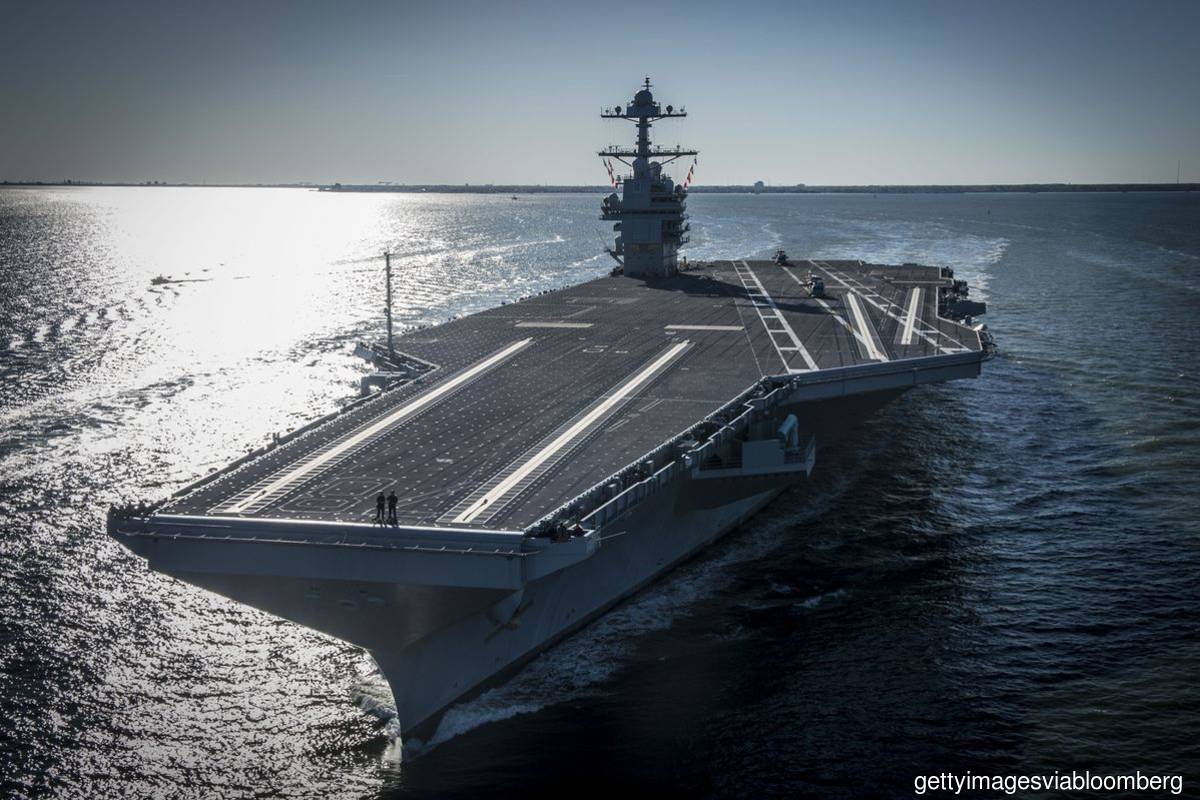 (Jan 10): Aircraft takeoff and landing systems on the USS Gerald R. Ford remain unreliable and break down too often more than three years after the US$13.2 billion carrier was delivered, according to the Pentagon’s top tester.

The latest assessment of the costliest warship ever built “remains consistent” with previous years, director of testing Robert Behler said in his new summary of the program obtained by Bloomberg News, before its release in an annual report.

“Poor or unknown reliability of new technology systems critical for flight operations” including its US$3.5 billion electromagnetic launch system and advanced arresting gear, could “adversely affect” the carrier’s ability to generate sorties, he said

The Ford’s new systems — which propel planes off the deck and into the sky and then snag them on landing — are crucial to justifying the expense of what’s now a four-vessel, US$57 billion program intended to replace the current Nimitz class of aircraft carriers.

The Ford class is also the backbone of the Navy’s aspirations to expand its fleet from 297 vessels today to 355 and then almost 500 by 2045. The Ford remains several years from being declared combat-ready for extended deployments, a milestone originally set for 2018.

Earlier problems attracted President Donald Trump’s attention. Comparing the catapult launching system to an older, steam-driven version on previous ships, Trump said in 2018 that “steam is very reliable, and the electromagnetic — I mean, unfortunately, you have to be Albert Einstein to really work it properly.”

Acting Defense Secretary Christopher Miller and his Chief of Staff Kash Patel visited the Ford in November off the Eastern seaboard and watched flight operations from the deck. Miller, on his first visit to a carrier, posed for photos holding an orange-colored “holdback” bar used to keep an aircraft in place, before takeoff.

Captain J.J. Cummings, commander of the Ford, told reporters during that trip that the new takeoff and landing systems required “drastically” less pre- and post-flight checks and maintenance. “I’m being facetious here, but turn the key on and we’re ready to go fly it. Post-flight, turn it off, we’re there,” he said. Steam-powered catapults require “a ton of pre-flight” preparation and post-checks, he said.

The continuing reliability woes with the carrier systems built by closely held General Atomics of San Diego are separate from another continuing challenge: the installation and certification of elevators needed to lift munitions from below deck. As of November, six of 11 “advanced weapons elevators” that should have been installed when the ship was delivered in May 2017 are now operational.

The remaining five will be ready by April, according to Cummings. Carrier builder Huntington Ingalls Industries Inc is responsible for their installation.
Failure Rate

Behler’s assessment covered 3,975 launches and landing operations on the Ford during 11 at-sea, post-delivery trials from November 2019 through September 2020. The electromagnetic-powered catapult system is supposed to operate 4,166 “cycles,” or launches, between operational mission failures. Instead, it went 181 cycles between failures, or “well below the requirement,” Behler wrote. He didn’t detail the scope or severity of the problems.

Two separate failures last year caused the catapults to go down for three days, Behler wrote. The Navy acknowledged one in June. The system’s reliability concerns “are exacerbated” by a design that precludes some maintenance during flight operations, according to Behler.

The latest performance of the Ford’s new “Advanced Arresting Gear” to stop planes on landing, a system projected to cost almost US$1 billion, also raised “reliability concerns,” Behler wrote. It’s supposed to operate landings, or recoveries, between operational mission failures. Instead, it averaged only 48 recoveries, also “well below the requirement,” Behler wrote.

A capacitor also failed during maintenance trouble-shooting in port that took the crew seven days to fix. “The reliability concerns are magnified” by the current design that limits “corrective maintenance on below-deck equipment during flight operations, “ Behler wrote.

But Navy officials were upbeat during a media visit to the carrier in November. “These are enormous undertakings,” Rear Admiral James Downey, the Navy’s program executive officer for aircraft carriers, told reporters, according to USNI News. “There’s been some problems. There’s been some cost issues. Most of that’s history.”