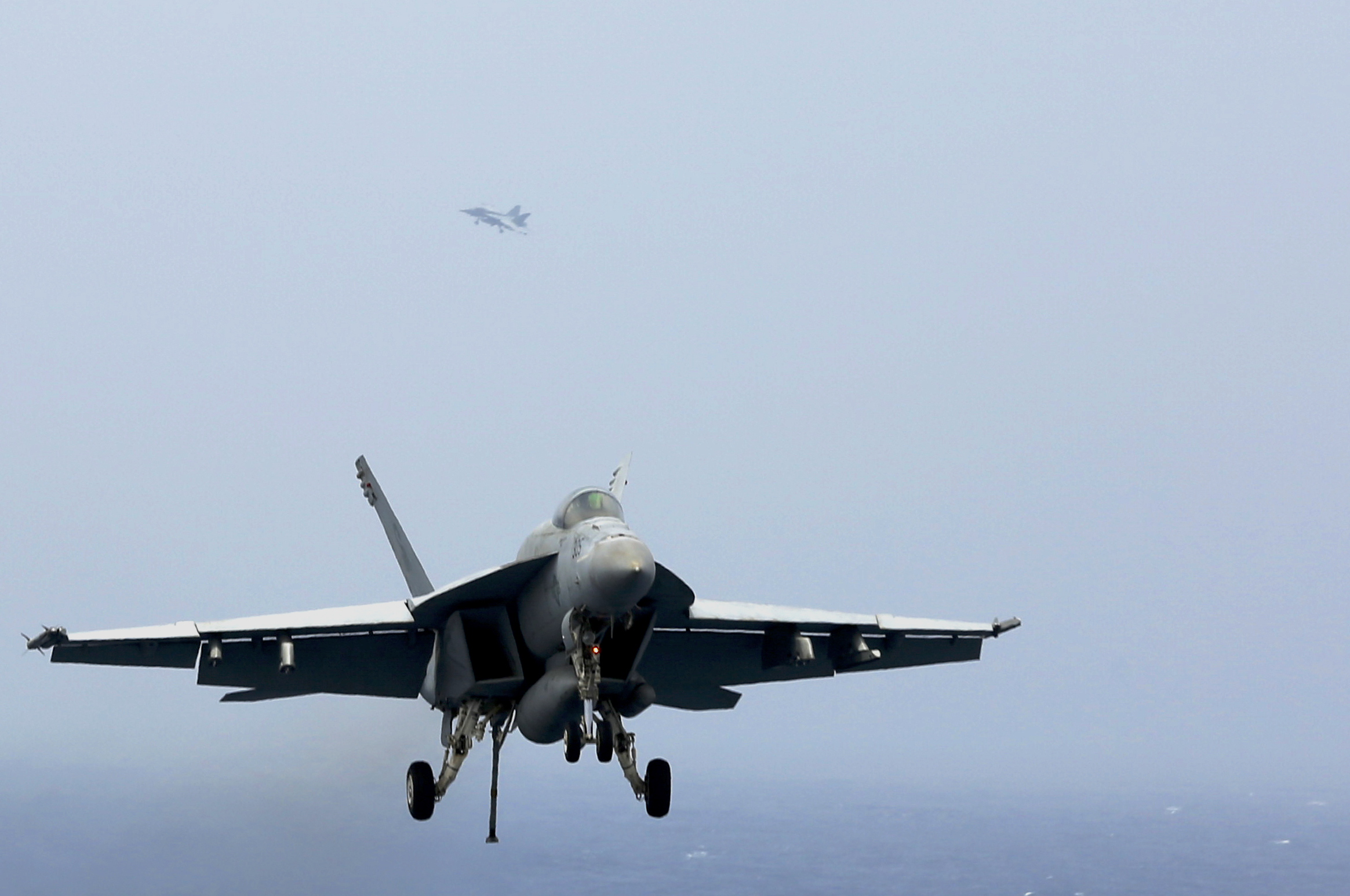 An F/A-18E Super Hornet assigned to the Sidewinders of Strike Fighter Squadron (VFA) 86 makes an arrested landing on the flight deck of the Nimitz-class aircraft carrier USS Abraham Lincoln (CVN-72) on July 8, 2019. US Navy Photo

This post will be updated with additional information as it becomes available.

A Navy F/A-18E Super Hornet crashed near Naval Air Station China Lake, Calif., on Tuesday, Naval Air Forces Cmdr. Zach Harrell told USNI News.
The single-seat Super Hornet from NAS Lemoore, Calif., was on a training flight over the Superior Valley when the aircraft went down at around 10:10 local time, according to a spokesman from Naval Air Forces.

The pilot of the aircraft ejected from the fighter, is currently in stable condition and being treated at a local medical facility.

The incident is now under investigation.

The following is the complete statement from Naval Air Forces.

An F/A-18E Super Hornet from Naval Air Station Lemoore experienced a mishap at approximately 10:10 a.m. today during a routine training flight Naval Air Weapons Station China Lake. The pilot ejected safely and was taken to a local medical facility for examination. The U.S. Navy is investigating with local authorities.