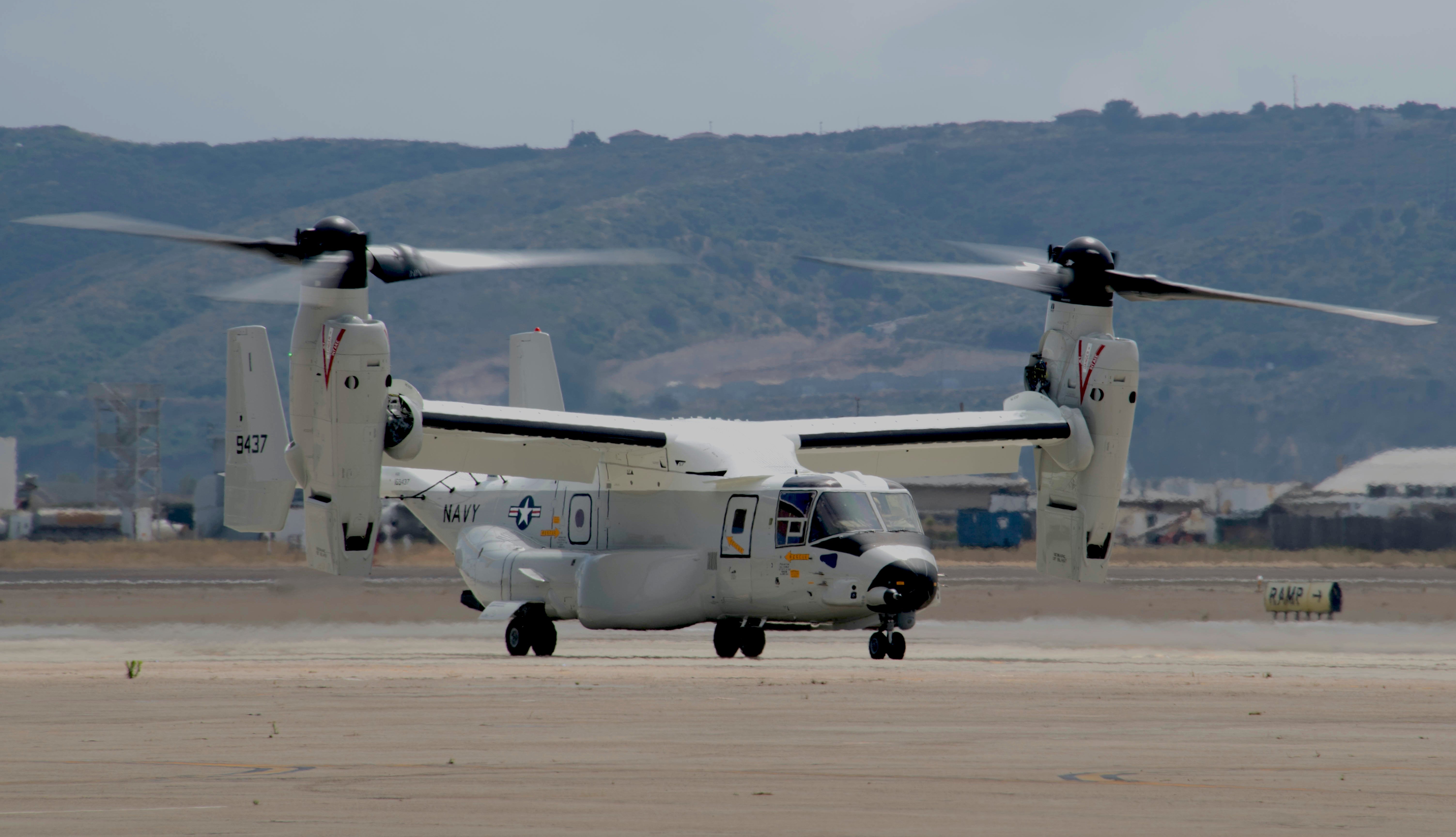 The first of a new generation of aircraft that will ferry supplies and personnel on and off aircraft carriers arrived at the first operational squadron in California on Monday.

This first CMV-22B Osprey will be assigned to the “Titans” of Navy’s Fleet Logistics Multi-Mission Squadron (VRM) 30. The squadron stood up in 2018 as the first unit that will field the replacement for the Navy’s legacy C-2A Greyhound carrier onboard delivery (COD) aircraft.

“Today marks our birthday as a squadron,” Cmdr. Trevor Hermann, VRM-30’s commanding officer, said in a statement. “We have relied on our Marine Corps brothers and sisters to help us in our training. Today our efforts are tangible, as you can see with the landing of our first aircraft.”

Last year, VRM-30 pilots, aircrewmen and maintainers began training with Marine Corps aircraft to get ready for a quick transition once their own planes showed up this year. The squadron faces a quick turnaround time before they’ll start preparing for a maiden deployment: The Navy is working to have its Osprey ready for a first operational deployment aboard USS Carl Vinson (CVN-70) next year in tandem with the first operational deployment of the F-35C Lighting II Joint Strike Fighter.

The new COD will be key to the deployment, as it’s the only aircraft capable of bringing the heavy F-35 engine power module aboard the carrier.

The Navy is getting 39 Ospreys as part of a $4.2-billion contract modification with Bell-Boeing the Pentagon announced in July 2018. The overall program calls for 48 aircraft.

The arrival of the Navy’s first operational V-22 follows the first test aircraft that delivered to the “Black Jacks” of Air Test and Evaluation Squadron (HX) 21 in February following the first flight in December.

The service established Fleet Logistics Multi-Mission Wing 1, or COMVRMWING, at a ceremony on Oct. 10.

The new CMV-22Bs are based on the design of the Marine MV-22Bs, with a few key differences.

“The CMV-22B will be capable of transporting up to 6,000 pounds of cargo and/or personnel over a 1,150 nautical mile range. This expanded range is due to the addition of two new 60-gallon tanks installed in the wing for an additional 120 gallons of fuel, and the forward sponson tanks were redesigned for additional capacity,” reads a statement from the Navy.
“The CMV-22B variant has a beyond-line-of-sight high-frequency radio, a public address system for passengers, and an improved lighting system for cargo loading.”