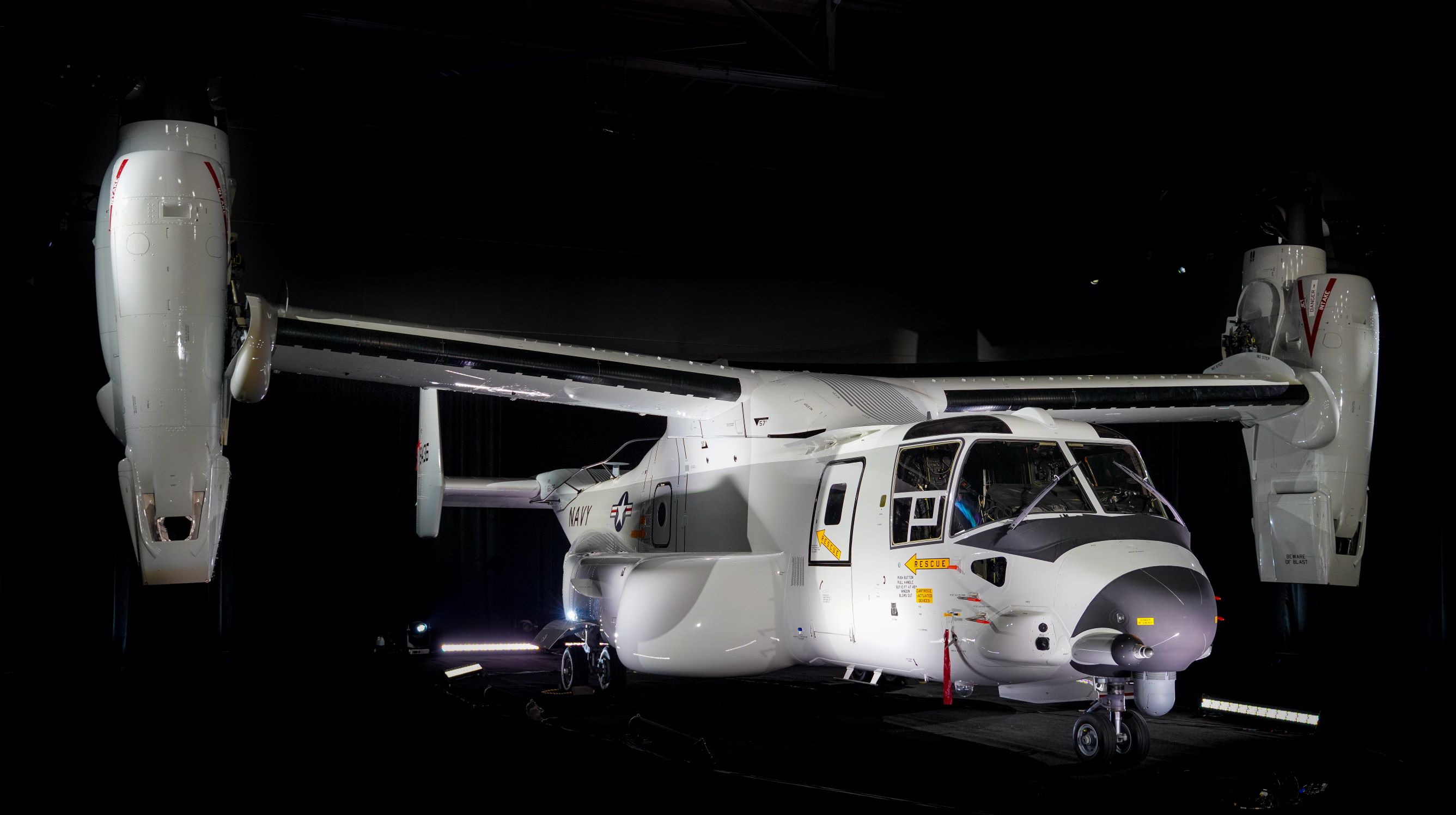 The first of a new generation of carrier onboard delivery aircraft delivered to the Navy, the service announced on Friday.

Manufacturer Bell-Boeing turned over a CMV-22B Osprey to the Navy in a ceremony at its Texas assembly facility after four years of design and production.

“There is nothing more important than delivering capabilities to the fleet with speed,” James Geurts, assistant secretary of the Navy for research, development and acquisition, said in a statement. “I am proud how the program and industry team have leveraged non-traditional approaches such as using existing MV-22 testing data to shrink the time in the CMV-22 acquisition cycle.”

The delivered aircraft is now assigned to Air Test and Evaluation Squadron (HX) 21.

“The first operational squadron, Fleet Logistics Multi-Mission Squadron (VRM) 30, is scheduled to receive the aircraft this summer,” the Navy said.

The first flight of the aircraft was in December, reported USNI News at the time. The delivery comes ahead of an aggressive testing and fielding schedule for the new COD that is anticipated to deploy next year in parallel with the first deployed squadron of F-35C Lighting II Joint Strike Fighter aboard USS Carl Vinson(CVN-70). Vinson is currently in a drydock availability undergoing upgrades to field the F-35Cs.

The CMV-22B will be key to the deployment as the new COD will be able to carry the engine power module for the F-35s, a key logistics requirement for any JSF deployment.

The new Ospreys are based on the Marines existing MV-22B with key differences.

“The CMV-22B will be capable of transporting up to 6,000 pounds of cargo and/or personnel over a 1,150 nautical mile range. This expanded range is due to the addition of two new 60-gallon tanks installed in the wing for an additional 120 gallons of fuel and the forward sponson tanks were redesigned for additional capacity,” read a statement from the Navy.
“The CMV-22B variant has a beyond-line-of-sight high-frequency radio, a public address system for passengers, and an improved lighting system for cargo loading.”

The tilt-rotor will replace the 1960s era C-2A Greyhounds used for the COD mission. The Navy is getting 39 Ospreys as part of a $4.2-billion contract modification with Bell-Boeing the Pentagon announced in July 2018.