A P-8A Poseidon aircraft assigned to Patrol Squadron (VP) 45 is parked on the flight line of Naval Air Station Keflavik, Iceland in 2016. US Navy Photo

Parts of the Atlantic fleet will reduce their flying hours for the remainder of the fiscal year to address a funding shortfall within the naval aviation flight hour budget, a Navy official told USNI News.

On the East Coast, non-deployed P-8A Poseidon maritime patrol squadrons will see a 10-percent flight hour reduction. Non-deployed expeditionary detachments of helicopter maritime strike squadrons and helicopter sea combat squadrons flying the MH-60R and S will see a 25-percent reduction in flight hours. And support units such as Air Test and Evaluation Squadron (VX) 1, the “Rawhides” of Fleet Logistics Support Squadron (VRC) 40 that fly the C-2A Greyhound airplane and bring passengers and goods to and from aircraft carriers at sea, C-12 logistics planes, and search-and-rescue aircraft out of Key West will see a 10-percent reduction in flight hours. These reduced flying hours will last for the remaining 11 weeks of the fiscal year, which ends Sept. 30.

Additionally, no new flyovers will be scheduled, though none that are already scheduled will be canceled, the official told USNI News. For the VFA-106 F/A-18 Super Hornet Tactical Demonstration Team specifically, the schedule will be curtailed, but the unit will still participate in the Oceana Air Show, the official added.

USNI News has learned the shortfall was created by deployed P-8s and MH-60s over-executing due to fleet commander needs in U.S. 6th and 7th Fleets. The aircraft deploy with a certain number of flight hours allotted, and the local commanders are asking the aircraft to operate beyond those hours due to operational needs – particularly the P-8s operating in the Western Pacific, the Mediterranean and other forward locations –creating challenges for CNAL leaders back home.

“Naval aviation readiness is at the highest it’s been in more than a decade, and to ensure that our deployed forces remain ready and continue to effectively execute their mission, we are managing our resources the best way we can to ensure we will fight and win,” Cmdr. Ron Flanders, a spokesman for the Commander of Naval Air Forces, told USNI News today. 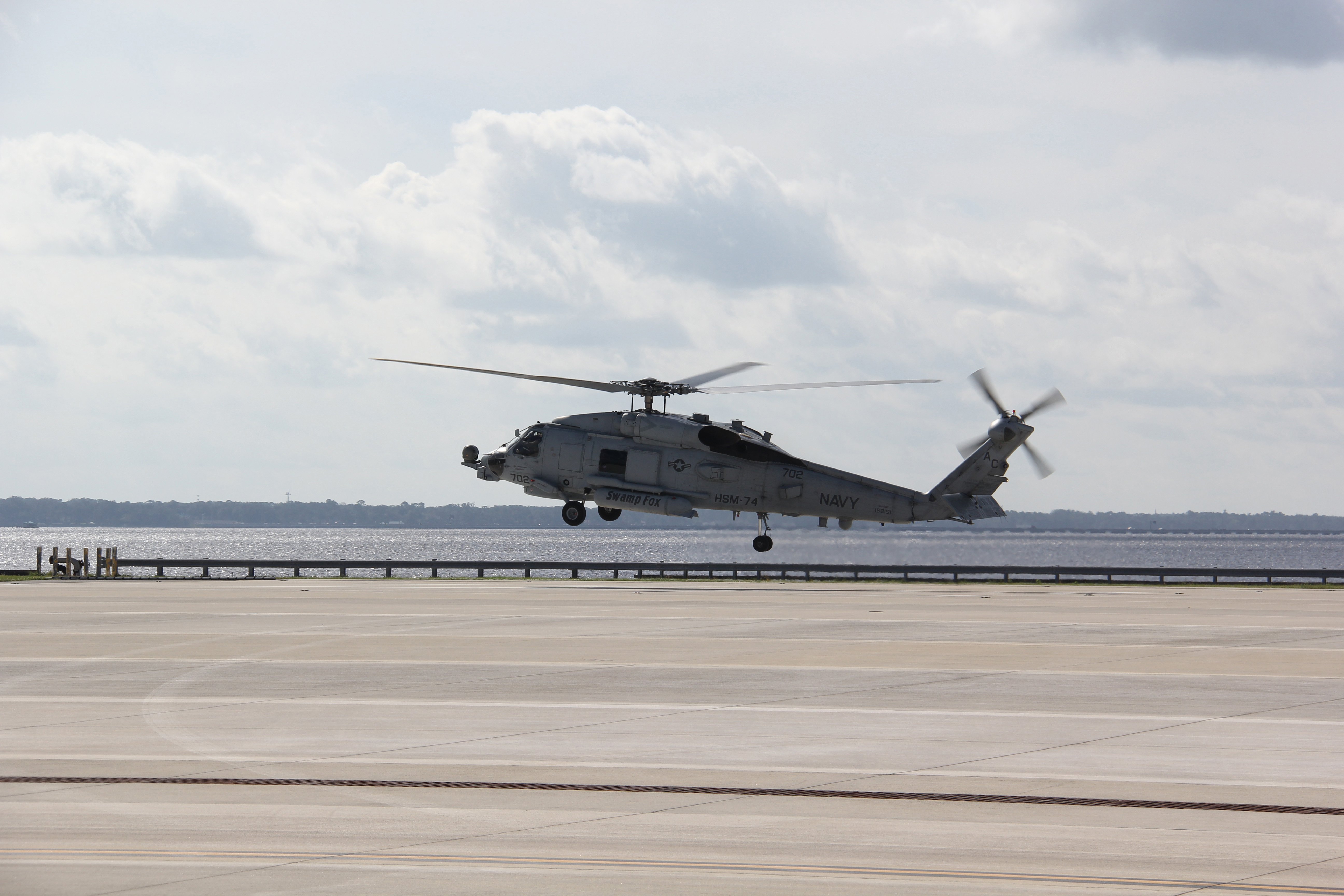 Overall, the operational tempo in Fiscal Year 2019 has been “robust” and “more than what we expected,” the official told USNI News. Other unplanned events, such as the aviation component of the Hurricane Michael rescue and aid effort, have also contributed to spending money faster than planned, and naval aviation will now have to pare down its spending for the last two and a half months of the year.

These unanticipated costs have thrown off the Navy’s aviation budget, despite the FY 2019 budget being the first one in years to be passed by Congress on time without requiring a continuing resolution to start the fiscal year.

The Navy has dealt with its shortfall internally, reallocating resources within the 1A1A mission flight hours budget line. Deployed units have over-used those hours, so non-deployed units will have to scale back for the remainder of the year. By the end of the fiscal year, though, the Navy will have executed what Congress allowed without touching other parts of the budget.

Part of the challenge for the Navy this year is actually a good news story: success in nearing former Defense Secretary James Mattis’ mandate of 80-percent readiness for strike fighter jets has changed how the fleet eats up available flight hours.

Leadership had previously said that reaching the 80-percent readiness mark wouldn’t necessarily be an expensive venture in itself – the service was spending money to bring in consultants from industry to share best practices on maintaining aircraft, but the new procedures and the improved layouts at depots wouldn’t cost much in and of themselves.

However, once readiness rates improved, that meant that squadrons were actually able to execute the full number of flight hours they had been scheduled for, since the planes were available to them. In past years, squadrons at home couldn’t always execute all their flight hours because planes weren’t ready to fly, leaving some breathing room in the budget for when deployed squadrons over-executed or situations like hurricane responses arose. With home-based squadrons now fully executing, that extra money isn’t available to pay for over-execution in other squadrons, contributing to the budget shortfall going into the fourth quarter of the fiscal year.

The Navy was able to incorporate the 80-percent readiness requirement into its FY 2020 budget request, but Mattis’ mandate came too late to affect the FY 2019 budget. 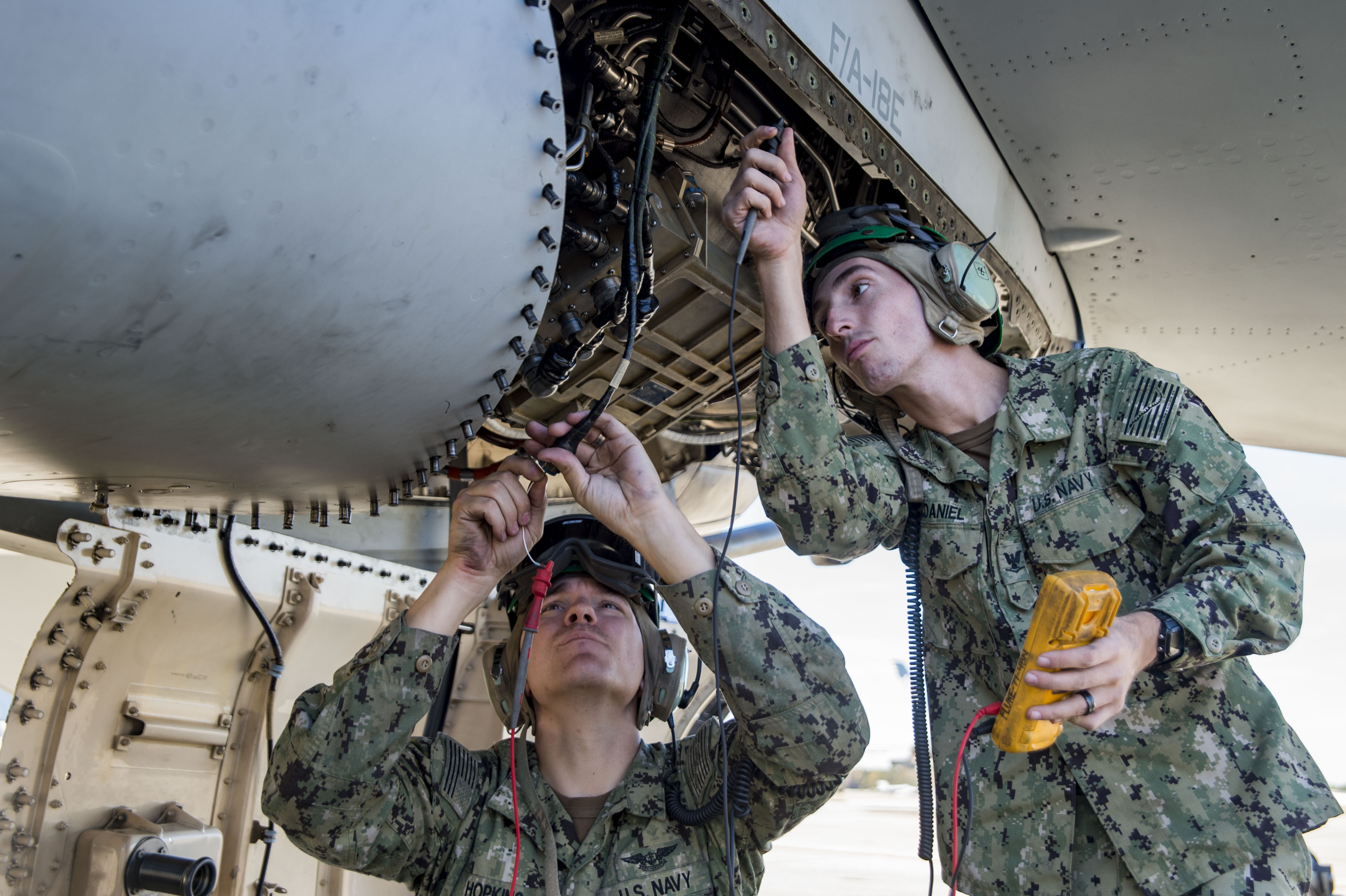 However, the shortfall is not as bad as leadership worried at one point, the official said, and Kelley did not have to make the steepest cut he alluded to in his June email: shuttering an air wing. The air wing in question was CVW-8, the official told USNI News, which is attached to USS Gerald R. Ford (CVN-78). Ford remains in a lengthy post-shakedown availability and will not deploy for some time, but it already has an assigned air wing that is training and keeping up pilots’ qualifications. CVW-8 is operating at full capacity and was not included in any of the cuts that Kelley selected to address the funding gap.

Kelley and Commander of Naval Air Forces Vice Adm. DeWolfe Miller worked through the budget and selected options to address the financial shortfall for the remainder of the fiscal year. On Friday Commander of U.S. Fleet Forces Command Adm. Chris Grady, Commander of U.S. Pacific Fleet Adm. John Aquilino and other four-star leaders approved the plan.

On the Pacific side, there were concerns that the Chief of Naval Air Training (CNATRA) was facing increased costs to train new pilots, which could create a funding shortfall for the Pacific side. After a re-look at the budget, the gap was much smaller than previously thought and any budget impacts have been mitigated, the official said.