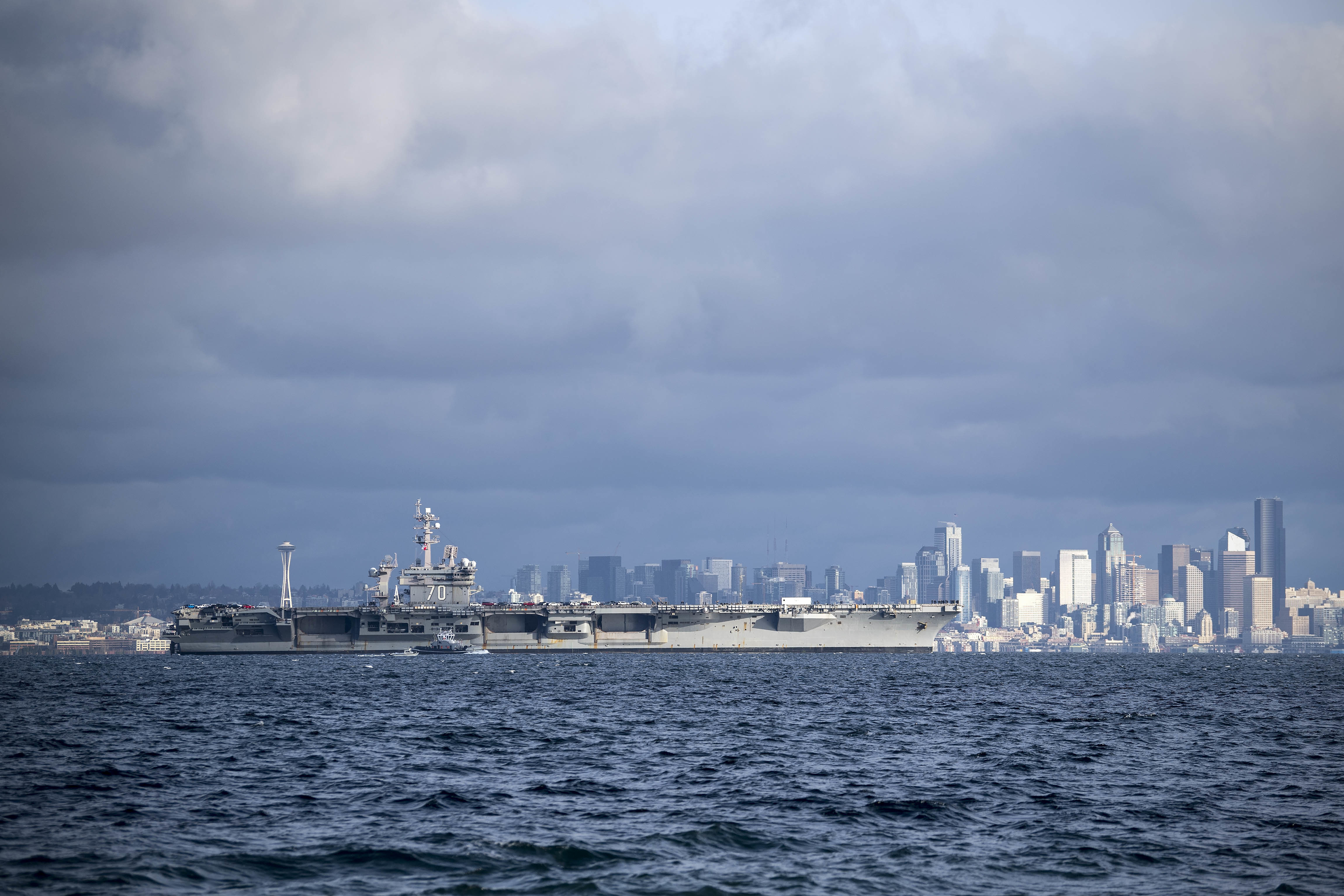 The Nimitz-class aircraft carrier USS Carl Vinson (CVN 70) sails past Seattle as it transits the Puget Sound on its way to Naval Base Kitsap-Bremerton on Jan. 20, 2019. Vinson is scheduled to change homeports to Bremerton. US Navy photo.

The 37-year-old carrier – the third oldest in the fleet – entered the drydock on Feb. 28 and will undergo repair and modernization efforts to keep the ship ready for its next deployment cycle. Naval Air Forces declined to say how long the maintenance availability would last.

Paradise said the crew was ready to work hard on “the maintenance, the upgrades, all focused on getting Carl Vinson ready for the air wing of the future.”

Vinson will likely host the first carrier strike group deployment to include the F-35C Joint Strike Fighter in its next deployment cycle, USNI News has previously reported. 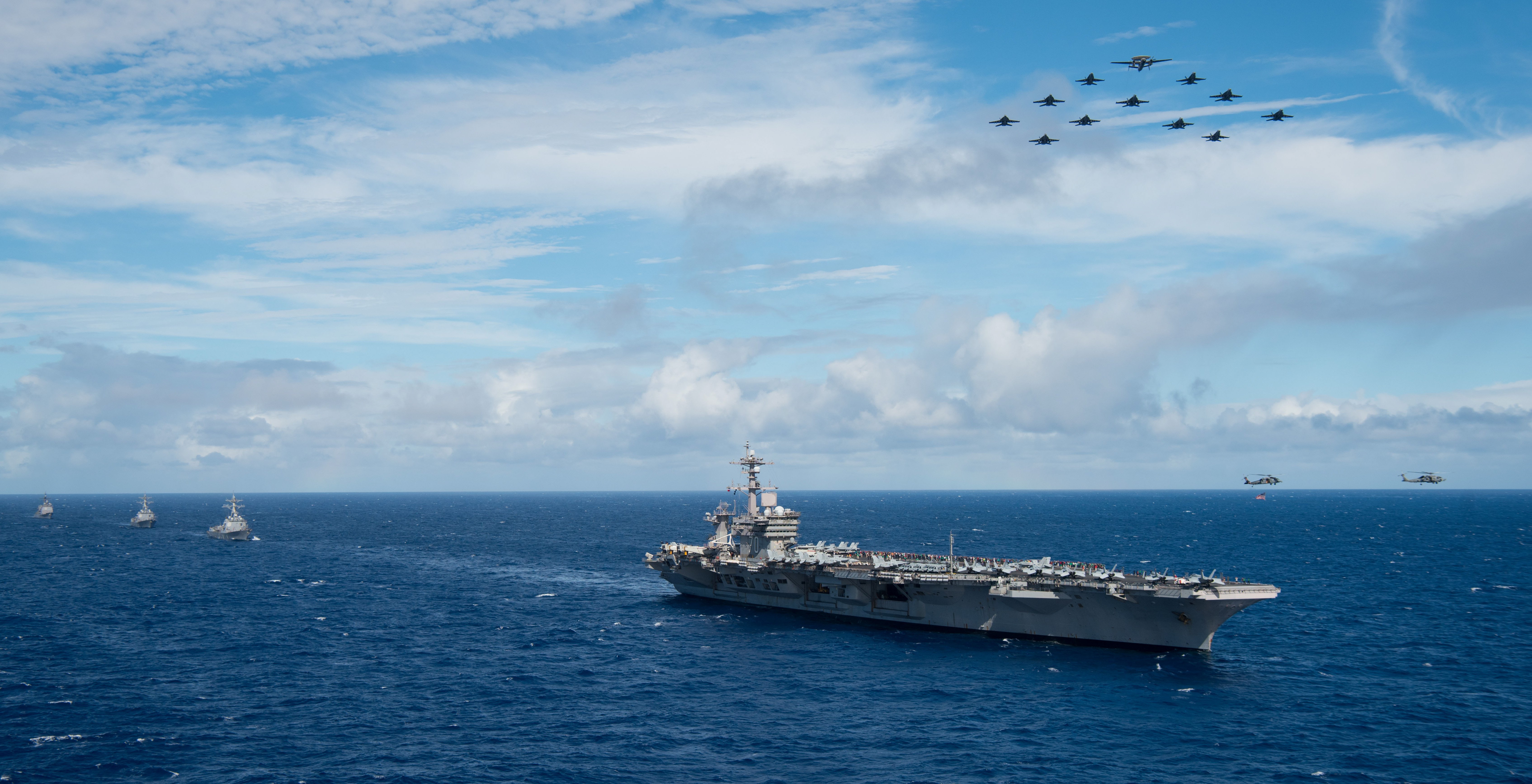 Vinson deployed on Jan. 5, 2017, to the Western Pacific for a six-month deployment. During its sustainment phase – a time when the carrier strike group is back home but maintaining peak readiness levels in case it is called upon to deploy again as a surge force – Vinson conducted a shorter three-month WESTPAC floatfrom January to April 2018 that included a historic port visit to Vietnam, participated in the Rim of the Pacific 2018 exercise in Hawaii from June to August 2018, hosted F-35C test and certification activities in 2017 and in 2018, and more.