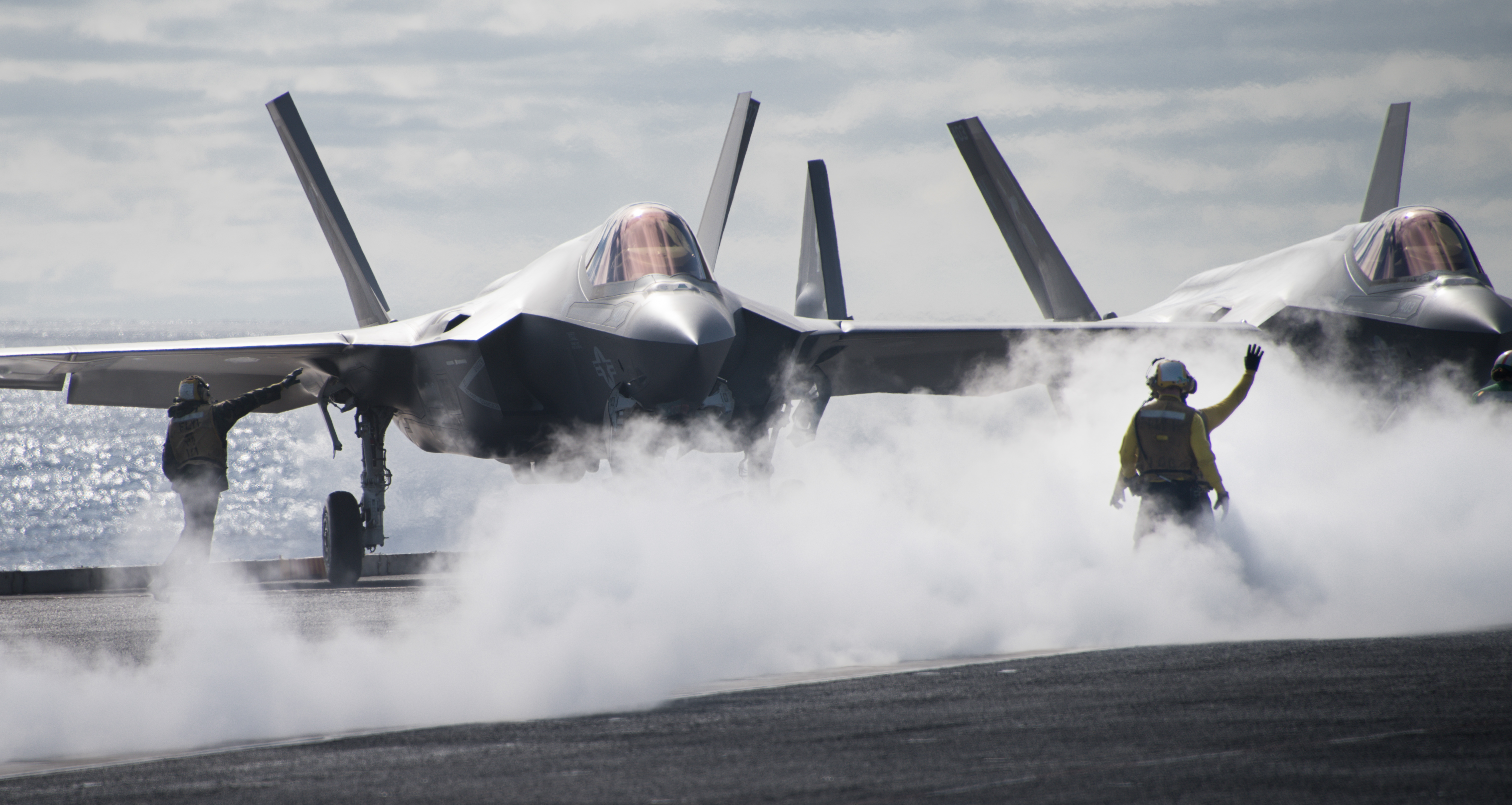 The Navy’s first F-35C operational squadron completed its carrier qualifications and was deemed “safe for flight” – the final step in the squadron’s transition from the F/A-18E Super Hornet to the F35C Lightning II Joint Strike Fighter, and an important step in the journey towards reaching initial operational capability.

The “Argonauts” of Strike Fighter Squadron (VFA) 147 completed their carrier qualifications today aboard USS Carl Vinson (CVN-70) and can now independently conduct flight operations as a squadron, without the assistance and oversight from a fleet replacement squadron.

The “safe for flight” designation means a squadron has the right personnel and equipment, as well as maintenance and safety programs, in place to support itself in conducting routine flight operations. The squadron must also be in physical custody of at least 30 percent of its assigned aircraft and, in the case of new F-35 squadrons, have the Autonomic Logistics Information System (ALIS) management system installed and operating.

“Since we returned from deployment last December, our team has been driving toward fully bringing this platform online for the Navy,” VFA-147 Commanding Officer Cmdr. Patrick Corrigan said in a news release.
“As the Argonauts close out 2018 and the final stages of our safe-for-flight certification, we continue to exhibit the relentless drive required to meet transition goals and milestones. With this certification, we are announcing that we have the right skills, training and people to take this mission and execute it, to its fullest potential.”

With the ability to operate independently, the squadron will now continue to train and prepare for upcoming operational tests meant to lead to a February 2019 initial operational capability declaration.

“We eagerly look forward to declaring IOC and integrating the F-35C into the Carrier Strike Group. This aircraft is a key component to maintaining the U.S. Navy’s dominance anywhere in the world,” Joint Strike Fighter Wing Commander Capt. Max McCoy said in the news release.
“VFA-147 continues to accomplish significant milestones, advancing this program closer to its ultimate goal of integrating the F-35C into the Fleet. The exceptional performance of the squadron throughout the entire transition process is a testament to the hard-working Sailors who make the U.S. Navy F-35C program a reality.”