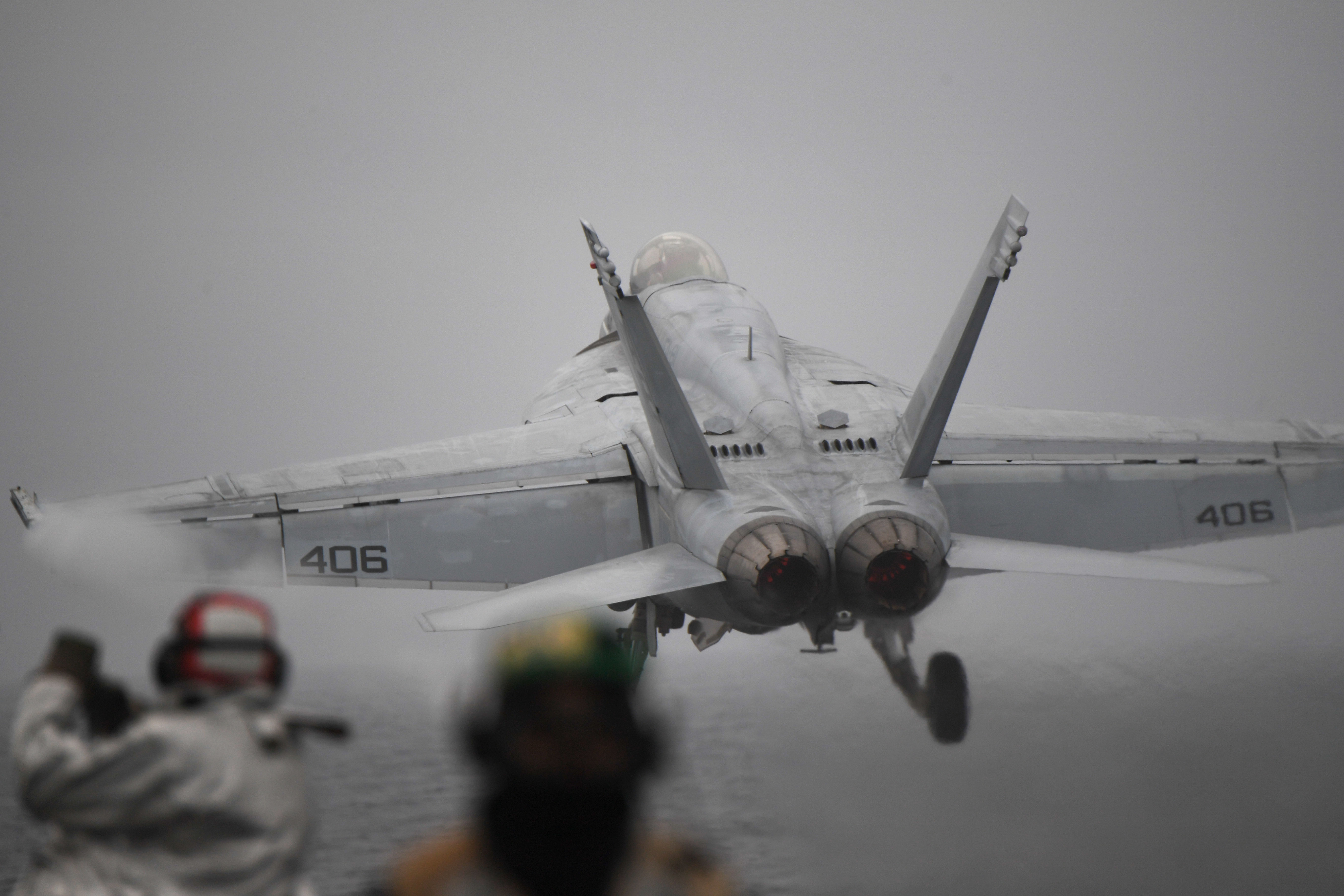 A U.S. aircraft carrier is operating in the Arctic Circle for the first time since the dissolution of the Soviet Union, as USS Harry S. Truman (CVN-75) and escorts entered the Norwegian Sea today.

The Truman Carrier Strike Group has been operating in the Northern Atlantic Ocean for the last month, working with the Royal Canadian Navy and then stopping in Iceland and the United Kingdom recently ahead of its upcoming participation in the NATO exercise Trident Juncture 2018.

Truman’s excursion north of the Arctic Circle is the first since USS America (CV-66) operated there in September 1991 during NATO exercise North Star, according to a Navy news release.

“We are unbelievably excited to be operating in the Norwegian Sea,” Truman Commanding Officer Capt. Nick Dienna said in the news release.
“It has been over three decades since carrier aviation has been tested by this environment, and, despite the arduous weather and sea conditions, these men and women are demonstrating this ship can bring a full-spectrum of capabilities to bear anywhere in the world.”

As part of Trident Juncture, which takes place in and around Norway, the Truman Strike Group will “expand its compliment of capabilities off the coast of Norway, performing air, surface and subsurface operations while being confronted by the trio of freezing temperatures, fierce winds, and unpredictable seas.” The strike group will practice these skills on its own ahead of the formal NATO exercise, according to the news release.

The Iwo Jima Amphibious Ready is also in the area – though not quite to the Arctic Circle – for a Trident Juncture kickoff event in Iceland. The ships and Marines from 24th Marine Expeditionary Unit were supposed to conduct a cold-weather amphibious landing in Iceland as a practice ahead of the main event in Norway, but rough seas slowed the sail to Iceland and dangerous surf conditions canceled the planned landing. The ARG/MEU instead conducted an air raid near the Keflavik International Airport in southwestern Iceland and will depart for Norway in the coming days.

Trident Juncture 2018 continues to grow in size, with now more than 50,000 personnel involved in what has become the largest NATO exercise in decades.

“Trident Juncture represents the best of NATO – a coalition of allies and partners working toward the shared interests of lasting peace and economic prosperity in the European region,” Carrier Strike Group Eight Commander Rear Adm. Gene Black said in the Navy news release.
“This exercise is also a fantastic opportunity to learn from our Allies on their home turf.”

“The combined and bilateral operations we have conducted in the region over the last several months embody the U.S.’s commitment to our NATO allies and partners,” Black continued. “Together, our maritime partnership creates a global network of navies capable of uniting against any potential threat.”