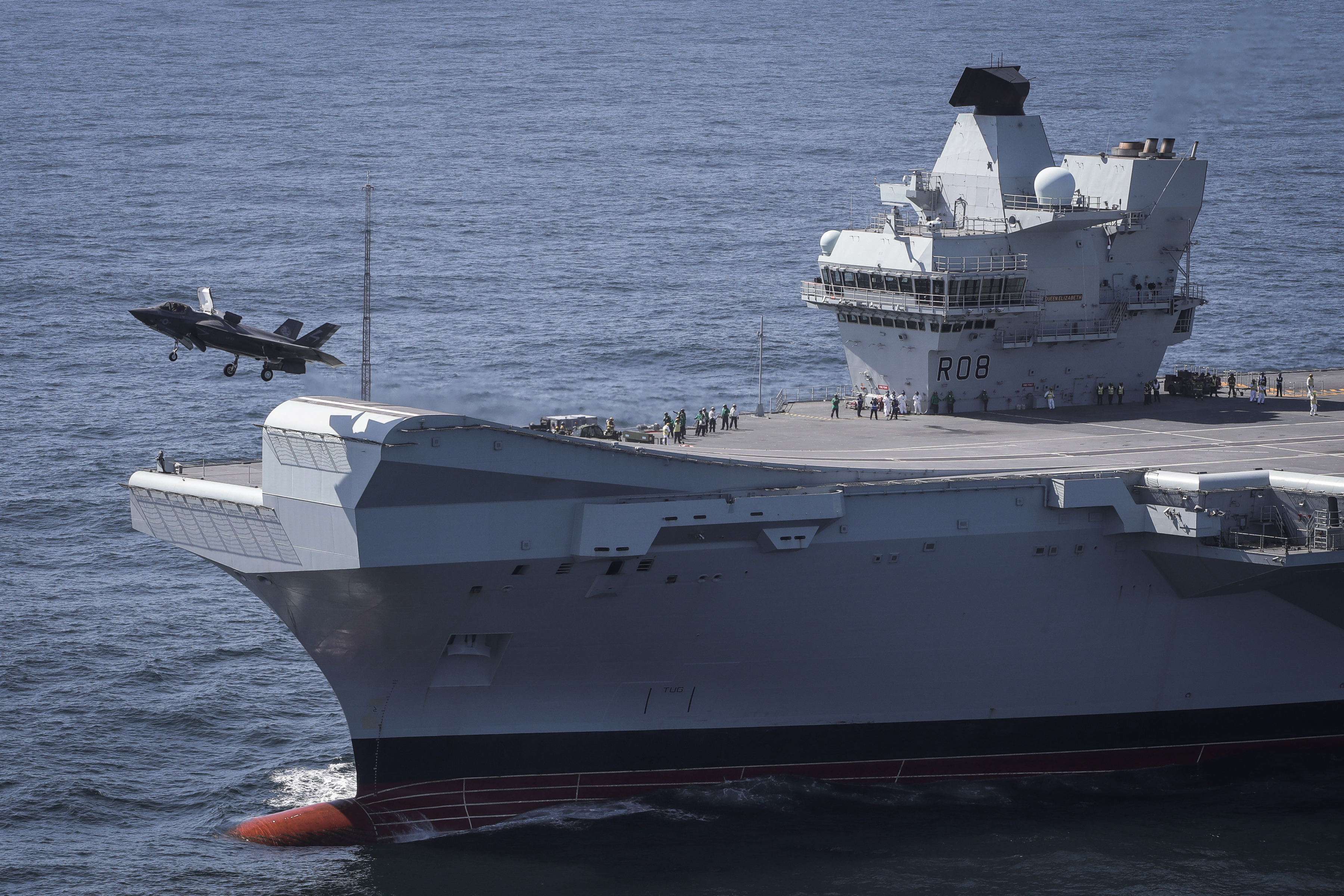 ABOARD HMS QUEEN ELIZABETH, OFF THE COAST OF NEW JERSEY — The Royal Navy took the next step to reestablishing its own carrier force this week when two F-35B Lightning II Joint Strike Fighters landed on the deck of its new carrier for the first time .

Gray, who has been training with the U.S.-based F-35 Integrated Test Force (ITF) at Pax, said the landing was just like any other test flight in a string of others ashore.

“Coming into land for the first time on Tuesday, the aircraft handled as expected; the interaction between the aircraft and the ship is exactly as expected, as we’ve simulated thousands and thousands of times before and landed onboard,” he said. “There were no surprises.”

While Gray said his day felt routine, for the Royal Navy the first landing of an F-35 on Queen Elizabeth was anything but normal.

“We are enjoying getting back into the big time, and this is one of those big steps forward on that ladder,” Rear Adm. Keith Blount, the Royal Navy’s Assistant Chief of Naval Staff for Aviation, Amphibious Capability and Carrier told a group of American defense trade reporters embarked on the carrier on Thursday.

“When you see that jet out there today, having landed on the ship, taking off from the ship, we’re taking big steps back into that game again. And it’s hugely exciting, and it should be reassuring to those folks back home and indeed on this side of the Atlantic.” 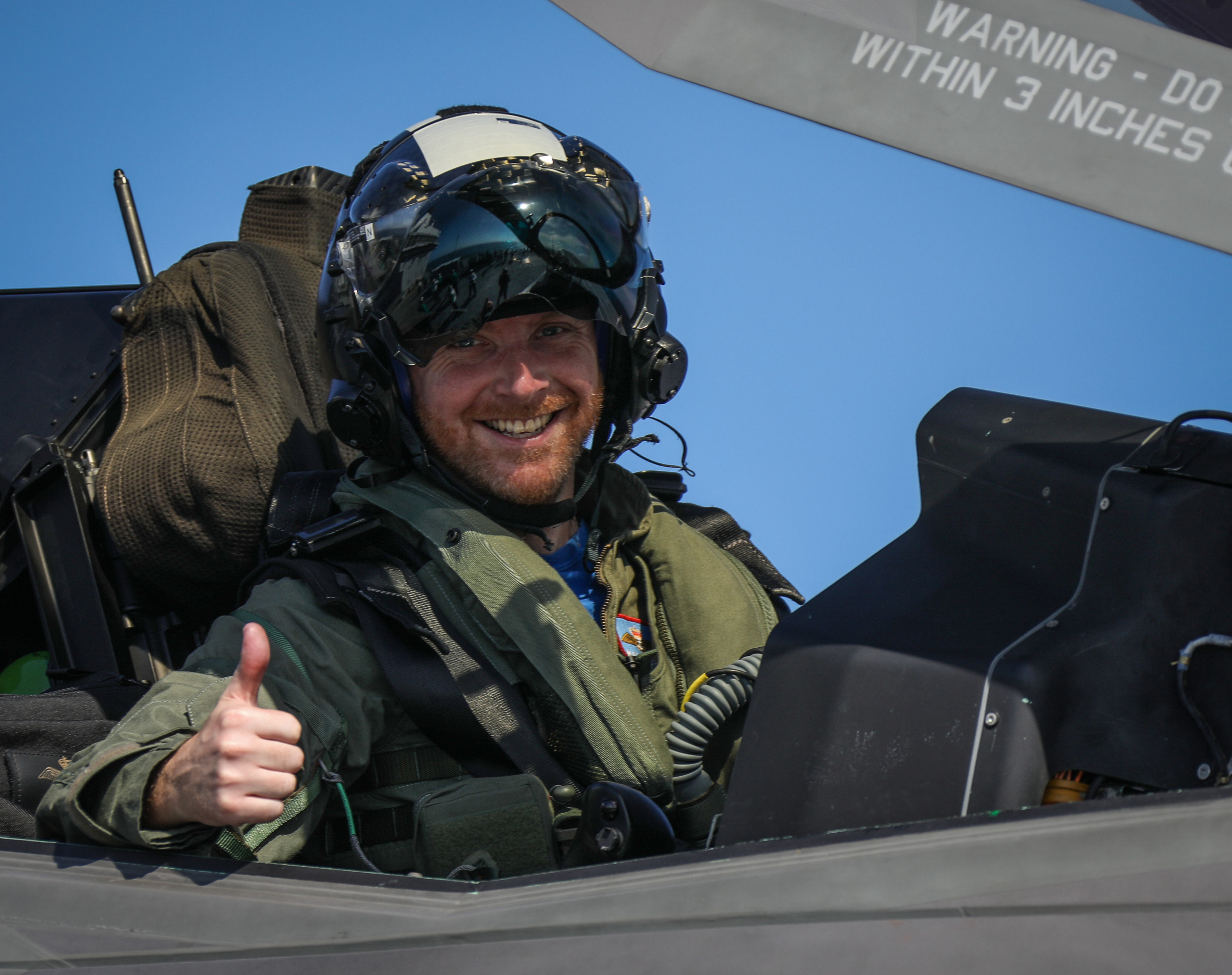 Thursday’s landing of the two F-35s is the first time the Royal Navy has operated fixed-wing aviation off a carrier deck since the U.K. flew the last sortie of AV-8B Harriers off the now-decommissioned HMS Ark Royal(R07) in 2011. The introduction of the carrier and sister-ship Prince of Wales (R09) is set to expand the capabilities of the U.K. into a more expeditionary force that could have the same presence effect of a U.S. carrier strike group.

“I think the awakening in the political class that this sends a political message when she sails is important, and that’s new to us,” ship commander Capt. Jerry Kyd said Thursday.

While U.K. power projection is the aim in the long term, the short-term goals for testing is to establish the baseline for F-35 ahead of more complex operational testing off the East Coast next year.

The work aboard Elizabeth pairs the two F-35s with a four test pilots – a Royal Navy pilot and a Royal Air Force pilot, a U.S. Marine and a civilian test pilot. On Thursday, USNI observed the two fighters with the ITF assigned to the “Salty Dogs” of Air Test and Evaluation Squadron (VX) 23 both landing and taking off of Elizabeth’s ski-jump bow.

U.K. and U.S. pilots have been training at Pax River on a mockup of the hull’s ski-jump ramp, which breaks with the straight line of U.S. amphibious assault ships that also operate the F-35B.

“Queen Elizabeth obviously has a the ski-jump, which provides some performance benefits, and obviously the U.K. has long been a fan of that, as is another nation that’s a partner in the F-35 program, Italy,” Marine Maj. Michael Lippert told reporters on Thursday.

U.S. Marines have been closely married with the U.K. during the testing period. A Marine F-35B squadron will join the Royal Navy strike group on its first operational deployment in 2021 as part of the air group.

“The U.K. and the U.S. Marine Corps have a long history. We’ve done joint operations with Harriers, we’ve had exchange programs for a very long time, and for the past several years the U.K. has had the foresight to have exchange programs with several of their officers and some of their enlisted folks on exchange with the U.S. Navy and U.S. Marine Corps, and that has paid huge dividends,” Lippert said. “It’s wildly apparent that they’re wholly prepared for this.” 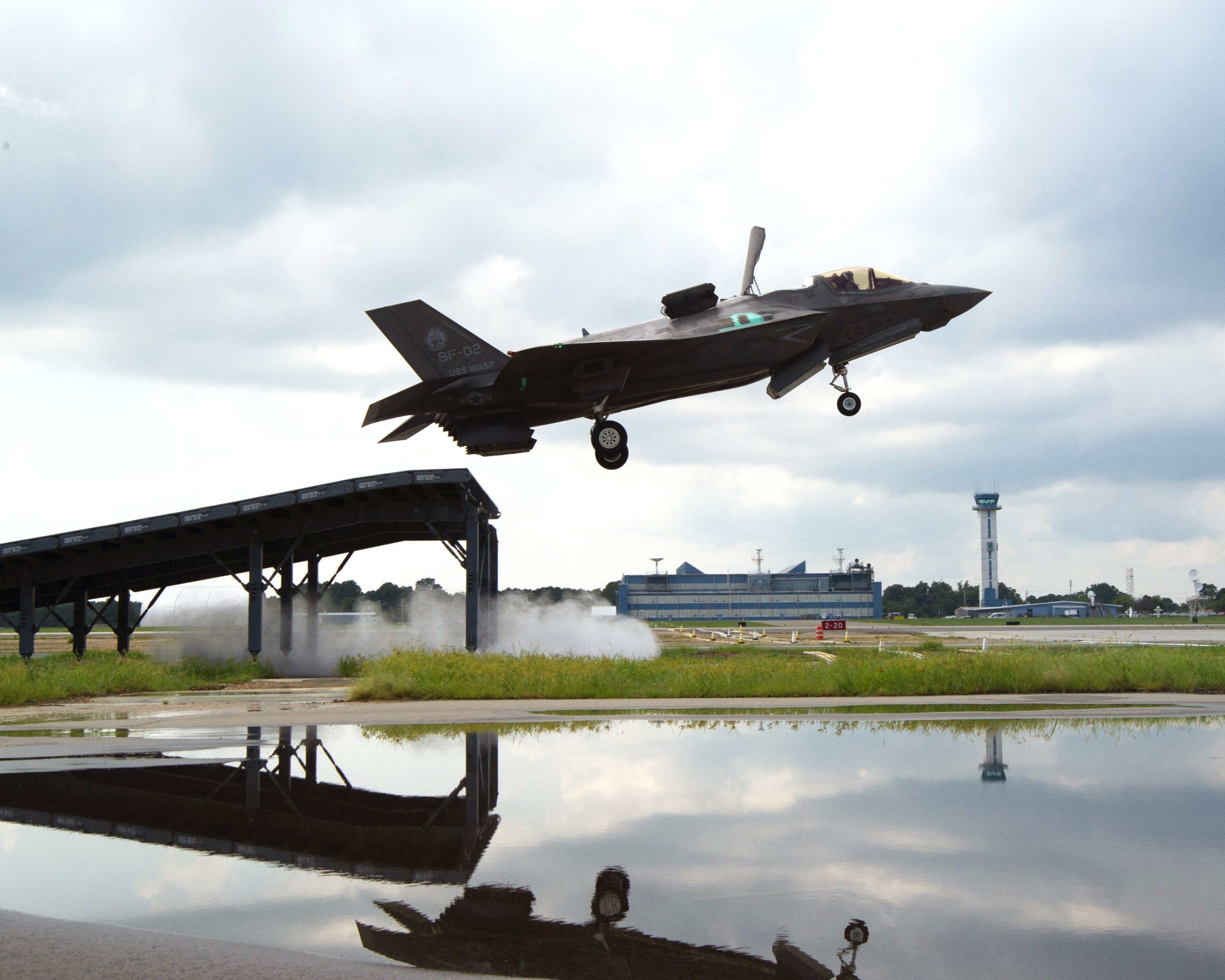 In addition to the testing of the F-35s aboard Elizabeth, the deployment will help the Royal Navy relearn how to operate carrier strike groups at sea.

Following the decision to take Harriers off British ships in 2011, the Royal Navy and Royal Air Force maintained exchange programs with the U.S. to keep at least some U.K. sailors familiar with the process, commanding officer Kyd told reporters on Thursday.

“We’ve been really lucky that we’ve cycled a lot of the crew through U.S. carriers in the last five years. Several hundred of my ship’s company have been deployed on operations bombing ISIS, and the last four or five years the pilots, the deckhands, chefs and specialists, my officers of the watch, my navigator,” Kyd said.
“To keep that pilot light alive has been well managed, so it’s not like we’re starting at ground zero at any stretch of the imagination.”

Kyd was the commander of Ark Royal for the last deployment, and other sailors from that final deployment are now on Elizabeth too. While there are some differences, the basics are still the same.

“In terms of operating the ship, it’s quite similar to the pocket aircraft carriers we had, it’s just the deck is four times the size,” he said.
“For me, the similarities are sufficient that it, in fact, feels quite normal out here.”