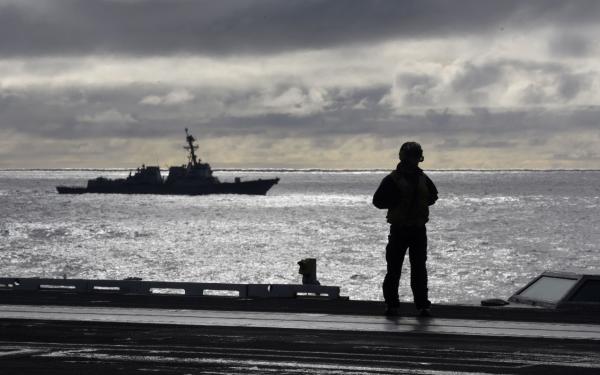 The Harry S. Truman Carrier Strike Group (CSG) returned to the U.S. 6th Fleet area of operations for the second time this year after spending a month visiting its homeport of Norfolk.

The Truman CSG is expected to work with NATO allies and other European and African nations. Citing security concerns regarding future ship movements, a Navy spokesperson would not provide details about where the Truman CSG was scheduled to operate.

After departing Norfolk on August 28, the Truman CSG conducted training exercises, including dual-carrier operations with USS Abraham Lincoln (CVN-72), which was conducting tests with six F-35C Lighting II Joint Strike Fighters. The Truman CSG also conducted bilateral operations with the Royal Canadian Navy before heading to Europe, according to a Navy statement.

“We are thrilled to have the Harry S. Truman Carrier Strike Group back in the U.S. 6th Fleet area of operations and look forward to continuing to work with Rear Adm. Gene Black and his team as we conduct the full spectrum of maritime operations,” Vice Adm. Lisa Franchetti, commander of U.S. 6th Fleet, said in a statement.
“The strike group’s return also gives us the opportunity to operate and train with our NATO allies and regional partners, which will enhance our interoperability and readiness as we work together to secure a safe and prosperous region for all.” 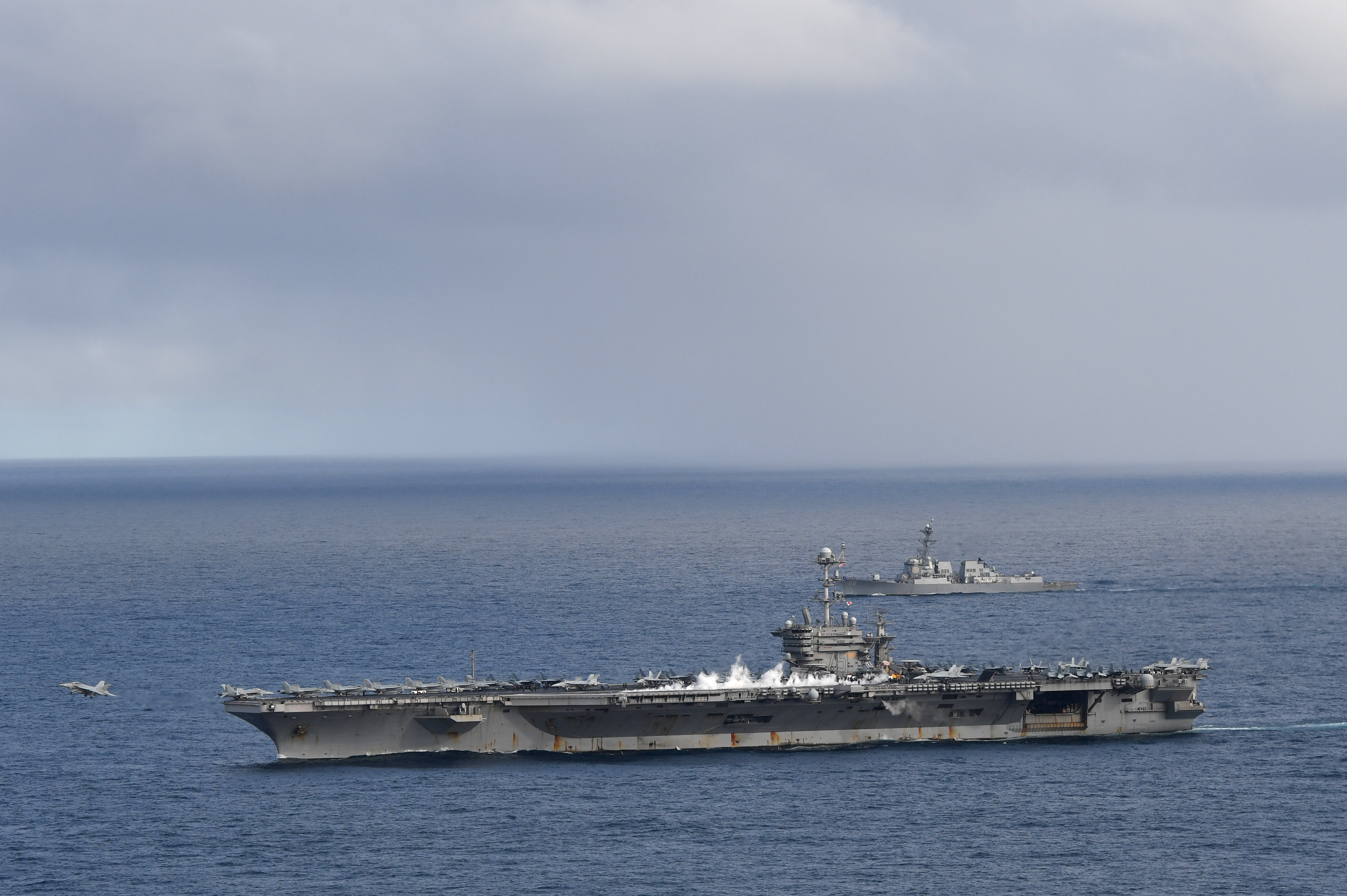 In April, when the Truman CSG deployed to the 6th Fleet area of operations at the beginning of its deployment cycle, it remained out for about three months before returning to Norfolk on July 21 for what the Navy called “an extended working port visit.”

Navy officials cited the Truman CSG’s early return to Norfolk as an example of the Navy’s dynamic force employment concept. Navy leadership wants to make its operations less predictable while keeping forces flexible and ready to deploy on short notice.

During the first visit to the area this year, USS Harry S. Truman (CVN-75) did not transit into the Persian Gulf, making March the last time the Navy operated a nuclear-powered aircraft carrier in the Persian Gulf. For much of the past 17 years, U.S. carriers had been a near constant presence in the region. Embarked Navy air wings have provided air support for the U.S. and U.S.-led coalition forces fighting wars in Iraq and Afghanistan and against Islamic State forces in Syria.

Destroyers USS Bulkeley (DDG-84) and USS Farragut (DDG-99) are also part of the Truman CSG operating in the region, and these ships remained operating overseas while Truman and some of its escorts returned to Virginia this summer, according to the Navy.

CVW-1 squadrons embarked on Truman include the “Red Rippers” of Strike Fighter Squadron (VFA) 11, the “Checkmates” of VFA-21, the “Sunliners” of VFA-81, the “Knighthawks” of VFA-136, the “Rooks” of Electronic Attack Squadron (VAQ) 137, the “Seahawks” of Carrier Airborne Early Warning Squadron (VAW) 126, the “Proud Warriors” of Helicopter Maritime Strike Squadron (HSM) 72, the “Dragon Slayers” of Helicopter Sea Combat Squadron (HSC) 11, and a detachment from the “Rawhides” of Fleet Logistics Support Squadron (VRC) 40, according to the Navy.