Home » News » Carrier USS Harry S. Truman Operating in the Atlantic as Russian Submarine Activity is on the Rise

Carrier USS Harry S. Truman Operating in the Atlantic as Russian Submarine Activity is on the Rise

The aircraft carrier USS Harry S. Truman (CVN-75) has left the Mediterranean Sea and is now operating in the Atlantic Ocean, a defense official confirmed to USNI News.

This week the carrier, the embarked Carrier Air Wing 1 and some of its escorts passed through the Strait of Gibraltar into the Atlantic after spending several days in port in Marseille, France.

“As a matter of longstanding policy, we do not discuss future operations, but I can tell you that the Harry S. Truman Carrier Strike Group will continue to conduct operations in support of our NATO allies, European and African partner nations, coalition partners, and U.S. national security interests,” Cmdr. John Perkins, a spokesman with U.S. Naval Forces Europe and Africa, told USNI News.

The move to the Atlantic is arguably a continued expression of two constituent themes in the Pentagon as of late: a return to great power competition outlined in new strategic planning documents, and the direction from Secretary of Defense James Mattis that U.S. forces need to be “strategically predictable and operationally unpredictable.”

In terms of great power competition, there is growing evidence that Russia continues to push its newest attack submarines to operate the North Atlantic at a pace not seen since the Cold War, Navy leaders have continued to stress publicly.

“Russian submarines are prowling the Atlantic, testing our defenses, confronting our command of the seas, and preparing the complex underwater battlespace to give them an edge in any future conflict,” current U.S. Naval Forces Europe-Africa commander Adm. James Foggo wrote in U.S. Naval Institute’s Proceedings in 2016.
“Not only have Russia’s actions and capabilities increased in alarming and confrontational ways, its national-security policy is aimed at challenging the United States and its NATO allies and partners.”

Bryan Clark, a senior fellow at CSBA, said that carrier strike group operations in the Atlantic make sense for high-end exercises for the U.S. and partner nations. Both the U.K. Royal Navy and the French Navy field effective submarine forces that haven’t trained much lately with U.S. surface ships.

“Our Atlantic coast guys need a chance to train against good submariners,” he said. “Either they’re it doing with the French or the British for training or for hope of finding a Russian submarine.”

For its part, the Truman Strike Group embarked with an extensive escort fleet that will include up to six guided-missile destroyers and the German Navy guided missile frigate FGS Hessen (F 221).

Clark said the U.S. DDGs are equipped with an effective anti-submarine warfare packages that work well in the Atlantic but aren’t typically deployed there.

“You have to make a special effort to put them there,” he said. 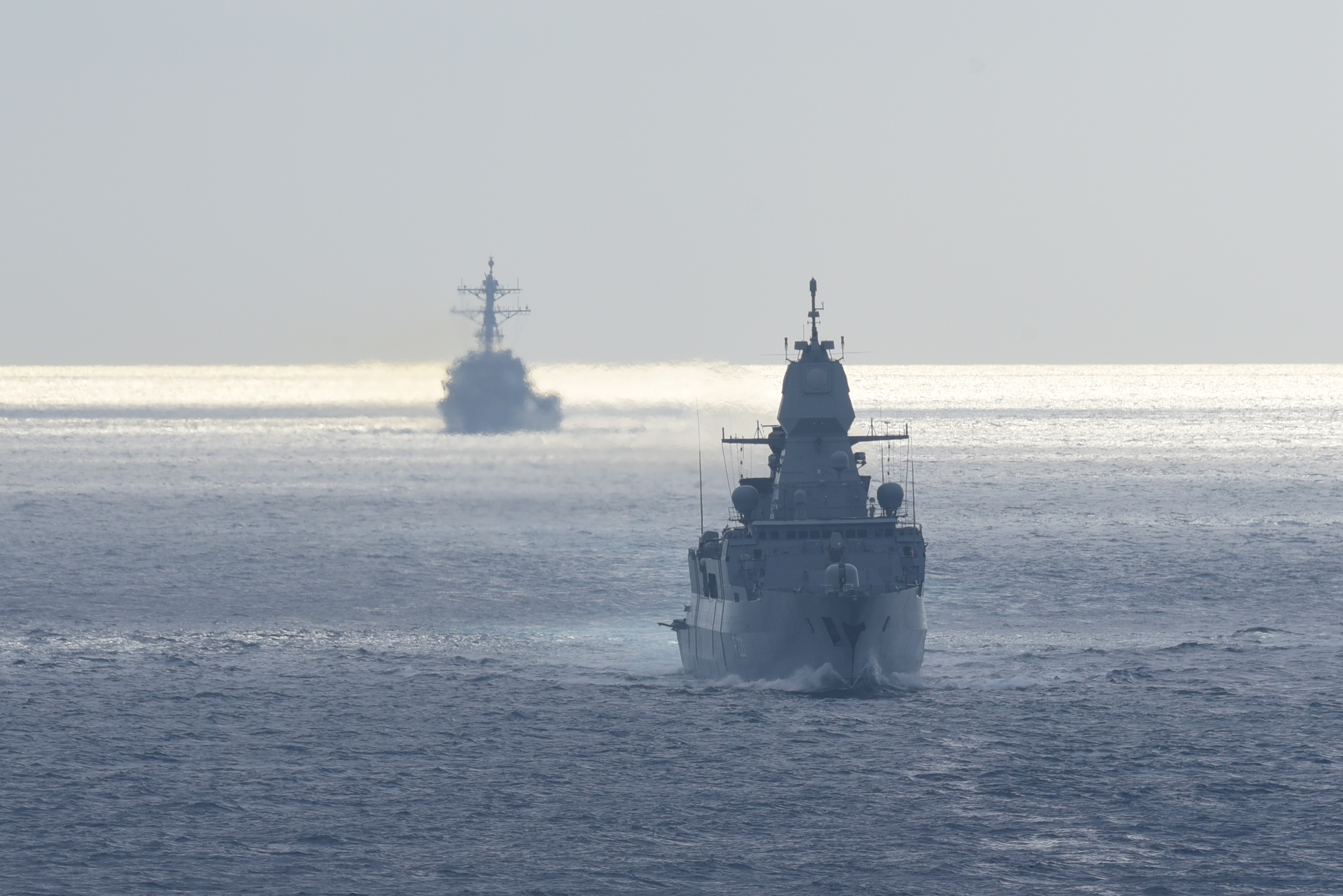 Chief of Naval Operations Adm. John Richardson has also alluded to an increased Russian submarine presence in public statements about the need for the Navy to operate differently in a new era.

“It’s an aspect of the security environment that it’s getting harder to do things without being observed, no matter where you are. So we’re going to have to be clever about that,” he told USNI News last month.

In line with the Mattis guidance, the Navy is using a so-called dynamic force employment model that in the last several months has broken from the traditional patterns of the last several years.

Earlier in June, the amphibious warship USS Iwo Jima (LHD-7) entered the Persian Gulf after a two-and-a-half-month gap of a capital ship in the region, while two other ships in the Iwo Jima Amphibious Ready Group – USS Oak Hill (LSD-51) and USS New York (LPD-21) – operated in the Baltic and Mediterranean seas, respectively.

“The Navy is making deliberate prioritization decisions in accordance with the [national defense strategy] which may disrupt the ‘business as usual’,” a Navy official told USNI News on Friday. “We must prioritize lethality, deterrence capability, training and readiness of the defined fighting unit, and will ensure the mission is met with the right capability and platform.”

While the Navy did not acknowledge Truman’s mission in the Atlantic, the move harkens back to an exercise from last year.

On its return to Norfolk, Va., the George H.W. Bush Carrier Strike Group operated off of the U.K. as part of Saxon Warrior, an exercise with the U.K., Germany, Sweden and Norway. The exercise was the first in the series since 2011 and was in part prompted by Russian operations in the region, USNI News understands. However, the Truman carrier strike group is expected to continue its deployment for several more months.