Facing pressure to retain aviators at a time when demand for commercial airline pilots is increasing, the Navy is nearly tripling bonuses for certain senior commanders to $100,000.

The Navy worries the prospect of better pay, benefits, and lifestyle will lure aviators to the private sector, where the average annual salary for pilots is $105,720, according to a U.S. Bureau of Labor and Statistics (BLS) report. This salary is augmented by such perks as receiving expense allowances for every hour spent away from home, potential to earn extra pay for international flights, and often being entitled to free or reduced airfare for immediate family members.

In comparison, typical Navy aviators currently nearing the end of their initial commitments after attending flight school are earning an annual base pay of between $75,000 and $85,000, according to 2018 military pay scales. Naval aviators can expect to spend weeks away from home training, and six months or more away if deployed with an air wing operating with an aircraft carrier, where meals are provided in the wardroom.

Federal studies and industry groups describe the Pentagon and corporate world as poised to be locked in an increasingly tight competition for experienced pilots as more commercial aircraft are expected to operate at a time the existing pilot workforce loses a steady flow of pilots to mandatory retirements.

During the next decade, about 4,500 new pilot positions are expected to be created. At the same time, an increasing number of current pilots will reach the Federal Aviation Administration (FAA) mandated retirement age of 65, according to the BLS report.

Currently, there are about 124,800 airline pilot jobs in the U.S., and the average age of these pilots is 50 years-old, according to a General Aviation Manufacturers Association (GAMA) analysis of FAA statistics. Meanwhile, the business jet industry is also growing. The GAMA reports also predicts more of these small corporate jets enter service, more pilots will be needed to fly them.

With this in mind, the Navy unveiled a new bonus program, increasing pay for pilots who screen and serve in career milestone billets, and aviators selected to be commanding officers can receive $100,000 for agreeing to a 3-year contract. 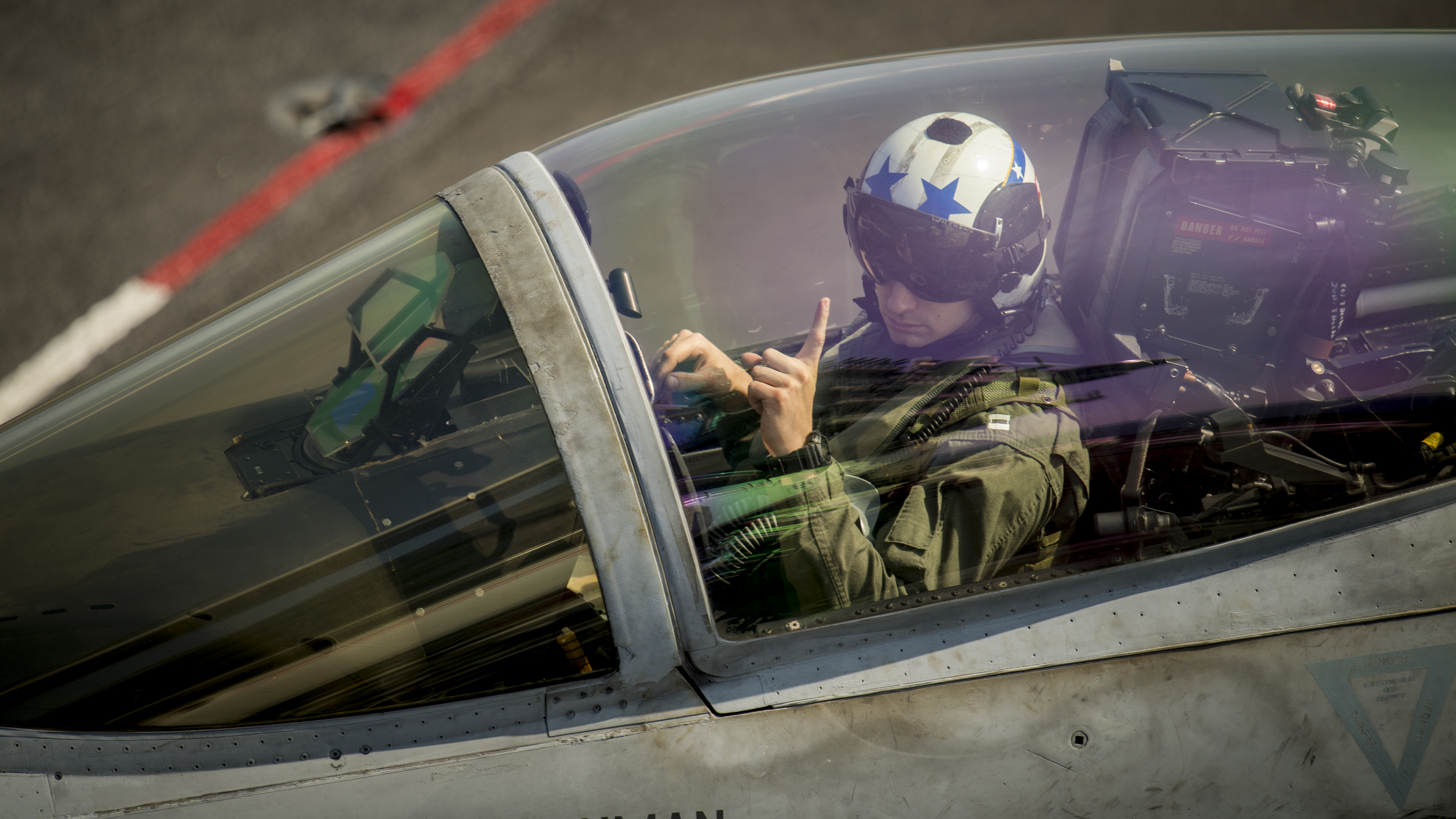 “Our bonus and flight pay programs have proven successful in the past at retaining our best and brightest aviators. However, these programs have remained essentially unchanged for well over a decade, and are beginning to lose their effectiveness in the face of growing competition for talent,” said Capt. Michael Baze, the Navy’s head of aviation career management, in a release announcing the bonuses.

Previously, the Navy offered a $36,000 bonus for signing a 2-year commitment to retain aviation department heads. The Navy considers these department heads an integral part of air operations, providing what the Navy’s bonus announcement describes as “the crucial link between senior leadership and junior personnel.”

Yet Navy aviators do not serve solely for the money; they’re in the Navy because they love flying and find the missions more exciting than what’s offered by the private sector, the Navy’s Air Boss Vice Adm. DeWolfe Miller recently told USNI News, while vising Naval Air Station Fallon.

The decision to remain in the Navy, Miller said, boils down to each aviator asking if, “I still wake up with a passion for this business, and it’s meaningful. I still think, in the positions that I’ve been given, that I can make a difference. And I’m still having fun – this is rewarding.”

Those three questions will not get a yes every day, but if aviators say yes overall, Miller said the Navy stands a good chance at retaining them. Speaking of the experience flying for the Navy, Miller said, “If we’re flying, there’s no better flying in the world.”

“Our Bonus and flight pay programs have proven successful in the past at retaining our best and brightest Aviators. However, these programs have remained essentially unchanged for well over a decade, and are beginning to lose their effectiveness in the face of growing competition for talent,” said Capt. Michael Baze, head of aviation career management at Naval Personnel Command.

“We asked Aviators of all ranks how we should modernize and improve moving forward. Aviators reported they wanted our programs to be more flexible, merit based, and competitive with civilian opportunities. We took that feedback seriously, incorporating each of these elements in the program changes you see here today.”

AC ACRB is designed to retain those officers with the talent and command experience in
primary warfighting missions that are critical for the future of our service. The new ACRB shifts from a 2-year, $36,000 total contract to a 3-year, $100,000 total contract. Members must select after screening for commander command and the obligation takes them through 22 years of service or the completion of their post-commander command tour, whichever is longer.

“Aviation has taken a holistic approach that synchronizes targeted increases in both flight pay and bonuses in a mutually supportive fashion with achievement of major leadership milestones. The end state will be a judiciously applied, merit based, more competitive continuum of pay for our top Aviators from Department Head through post-Commander Command,” said Baze. “Coupled with a range of non-monetary incentive improvements we are making, these changes will go a long way towards helping us retain the warfighting talent we need into the future.”