A wave crashes over the forecastle of the Arleigh Burke-class guided-missile destroyer USS Carney (DDG-64) while underway in the Mediterranean Sea on Jan. 22, 2018. US Navy Photo

The Eastern Mediterranean is becoming “one of the most kinetic areas in the world,” as the U.S., NATO, Russia and China operate more and more in the crowded region, the Navy’s top officer in Europe said on Tuesday.

Adm. James Foggo, who oversees Allied Joint Force Command and United States Naval Forces Europe and Africa, said the expansion of the Russian naval base at Tartus, Syria to support President Bashar al-Assad and China’s first overseas base in Djibouti as part of its global initiative to expand its influence globally are partially fueling the expansion.

The 86-day deployment of the Russia carrier Kuznetsov is another sign, “they’re not going to leave.”
The Kremlin has also dispatched improved Kilo–class attack boats to Tartus to back Assad loyalist and Russian forces with cruise missiles.

Foggo noted that allies and partners in Europe have become increasingly interested in integrated air and missile defenses as Moscow has ramped up operations not only in the Mediterranean, including firing cruise missiles on targets in Syria, but also presence patrols in the Baltic and North Atlantic to demonstrate its area denial capability to NATO and its non-member partners like Sweden and Finland.

The allies and partners have recognized the value of the four Aegis guided-missile destroyers based out of Rota, Spain, in providing that defense. 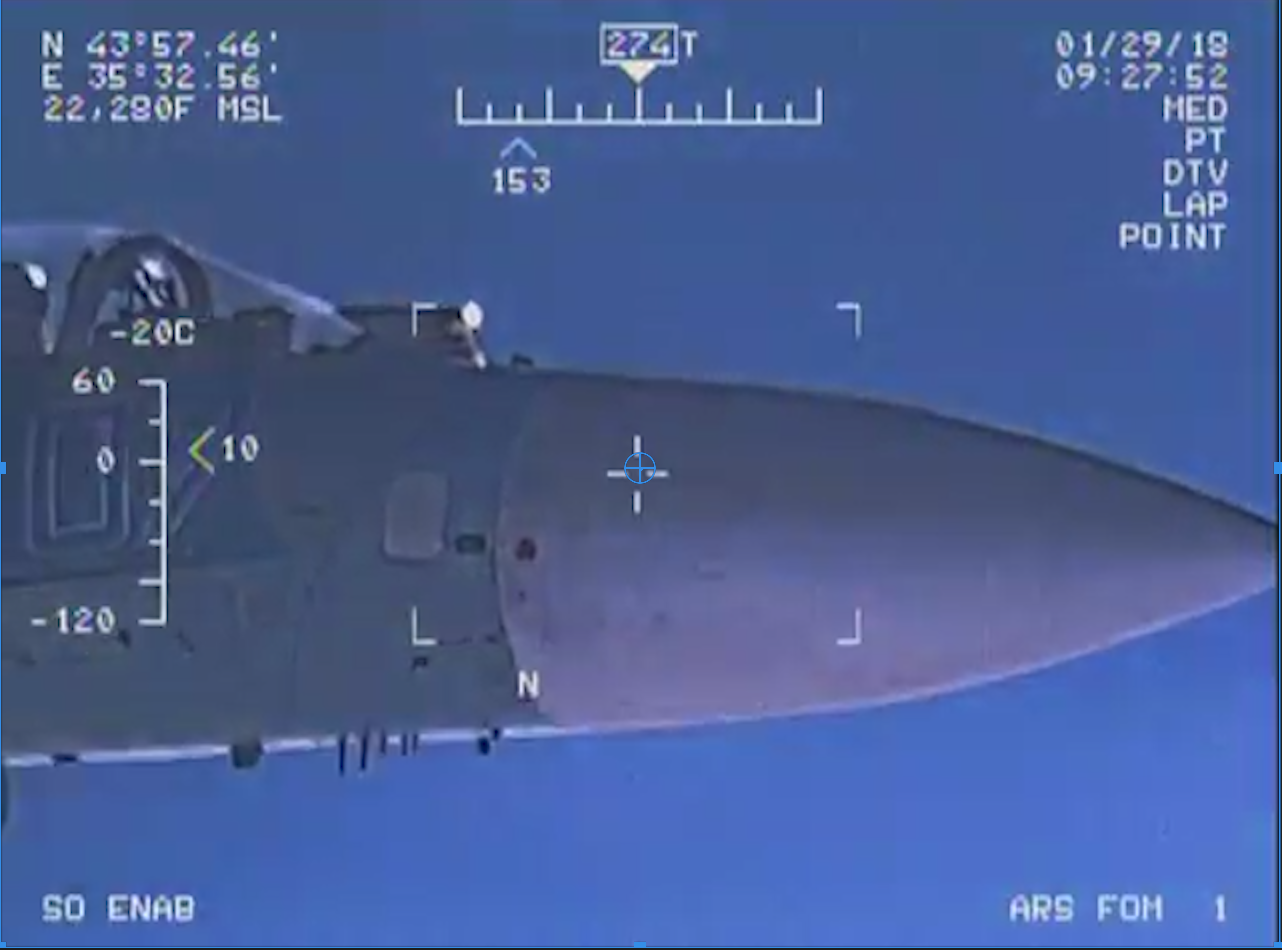 US Navy image of a Russian Su-27 fighter closing in on a EP-3E surveillance aircraft over the Black Sea on Jan. 29, 2017.

In his remarks and in answer to questions, Foggo referred to the late January intercept of a Navy P-3C Orion flying over international waters in the Black Sea by a Russian Su-27. The fighter flew within five-feet of the reconnaissance aircraft before the pilot turned on the aircraft’s afterburners as he flew away violently rocking the P-3.

“We expect at any time they will intercept, [but] we expect they will be done safely and professionally.” He said the latest incident and earlier ones that the United States described as provocative and dangerous will be the subject of discussions with the Russians on air and maritime safety.

“It’s our job to de-escalate,” which is NATO’s mission to deter and defend, Foggo said at the Center for Strategic and International Studies. “We don’t go looking for a fight,” he said.

But “if we have to defend [ourselves under rules of engagement], by God, we will use them.” He said the United States and the alliance operates in the air and at sea under international law covering freedom of navigation and transit.

Using Serbia as an example of a shift in international relations and its negotiations with Russia, he said, “There is a move more toward bilateralism and that’s OK. …That’s something we’ve got to deal with and is certainly within their rights.” He said the United States is still involved in the Western Balkans and other areas where the Russians and Chinese are showing their flags.

Turning to Turkey, a NATO member, which also is negotiating with Russia particularly on what happens next in the civil war in Syria, “It’s critical that continue to talk [with Ankara to understand] their security concerns, their security interests.”

Foggo added it is important to NATO that Turkey “remains a strong ally in the alliance,” and he sees “no issues” in military-to-military relations. As to the political questions over authoritarianism of the government, future of the Kurds and Syria, “we’ll leave that to the folks in Brussels,” NATO’s headquarters, he said.