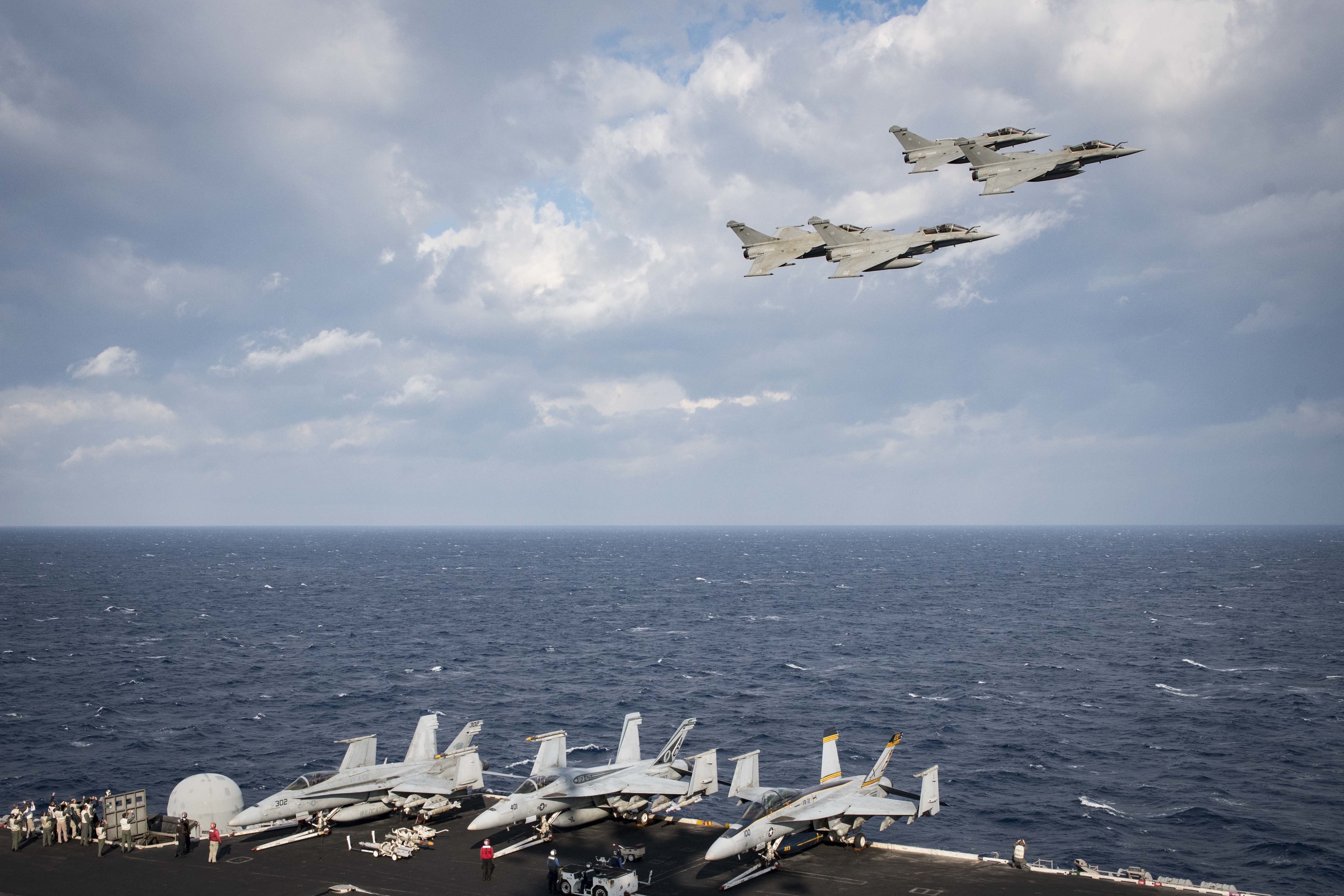 The April to May deployment will occur just before France’s aircraft carrier FS Charles de Gaulle (R91) is expected to complete a major maintenance period which started in 2015. The aircrews will do carrier qualifications aboard USS George H.W. Bush (CVN-77), but the intent is to accomplish more than qualifications or cross-deck operations, Capt. Jean-Emmanuel Roux de Luze, French Naval Attaché to the U.S. told USNI News.

“We want to demonstrate our ability to integrate with U.S. military services,” Roux de Luze said. “We want to show we do maintenance, demonstrate we can load weapons.”

French Navy Dassault Rafale M fighters and Northop Grumman E-2C Hawkeye aircraft will at first fly with U.S. airwings out of Naval Air Station Oceana, in Virginia Beach. French sailors will work with their U.S. counterparts maintaining the aircraft, Rouz de Luze said. The unspecified French forces will then board Bush and operate as part of the air wing. 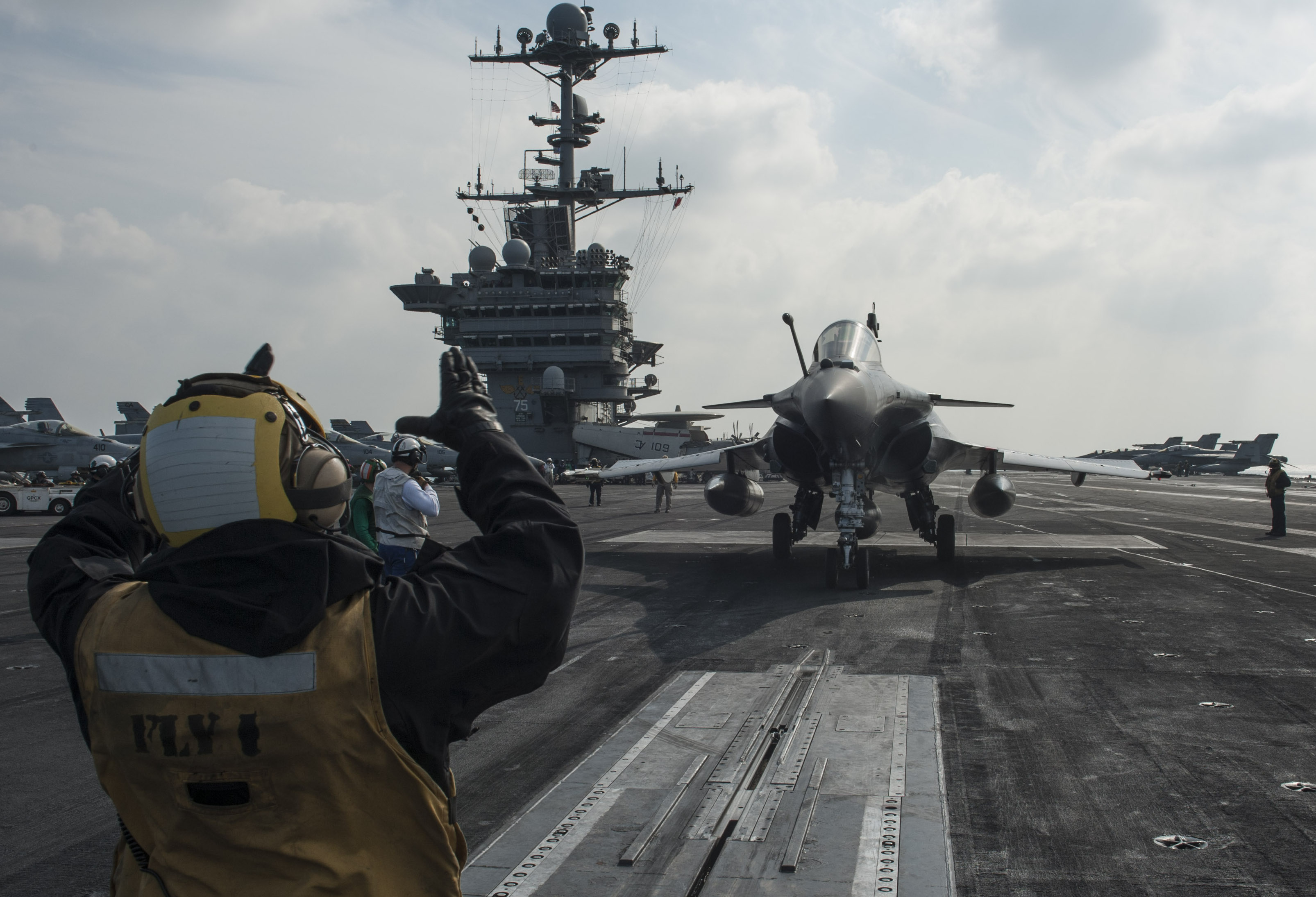 While speaking at the Surface Navy Association’s International Navies Luncheon Wednesday, Rouz de Luze, said joint operations build trust among navies by demonstrating each can work with the other. With the U.S. Navy, he said the technology used, procedures, communications equipment are all basically the same.

“Today we are 95 percent interoperable,” Rouz de Luze said. “Our concerns in our navy is in 10 years, in 15 years will we be able to work like that.”

The U.S. Navy, though, in its push to ensure it is always technologically ahead of any near-peers, is the leader in developing new systems. Rouz de Luze said militarily, the U.S. Navy can go alone.

A Rafale aircraft, attached to the French aircraft carrier Charles de Gaulle, prepares to launch from the flight deck of the aircraft carrier USS Harry S. Truman (CVN-75) during carrier qualificaion integration in 2014. US Navy Photo

The French have been an active contributor to the anti-ISIS coalition air strikes via the French military’s Opération Chammal since 2014.

In 2015, the French deployed de Gaulle shortly following the deadly ISIS attacks on the offices of the satirical magazine Charlie Hebdo in Paris. The carrier deployed on two other occassions to the Middle East in support of the anti-ISIS mission.