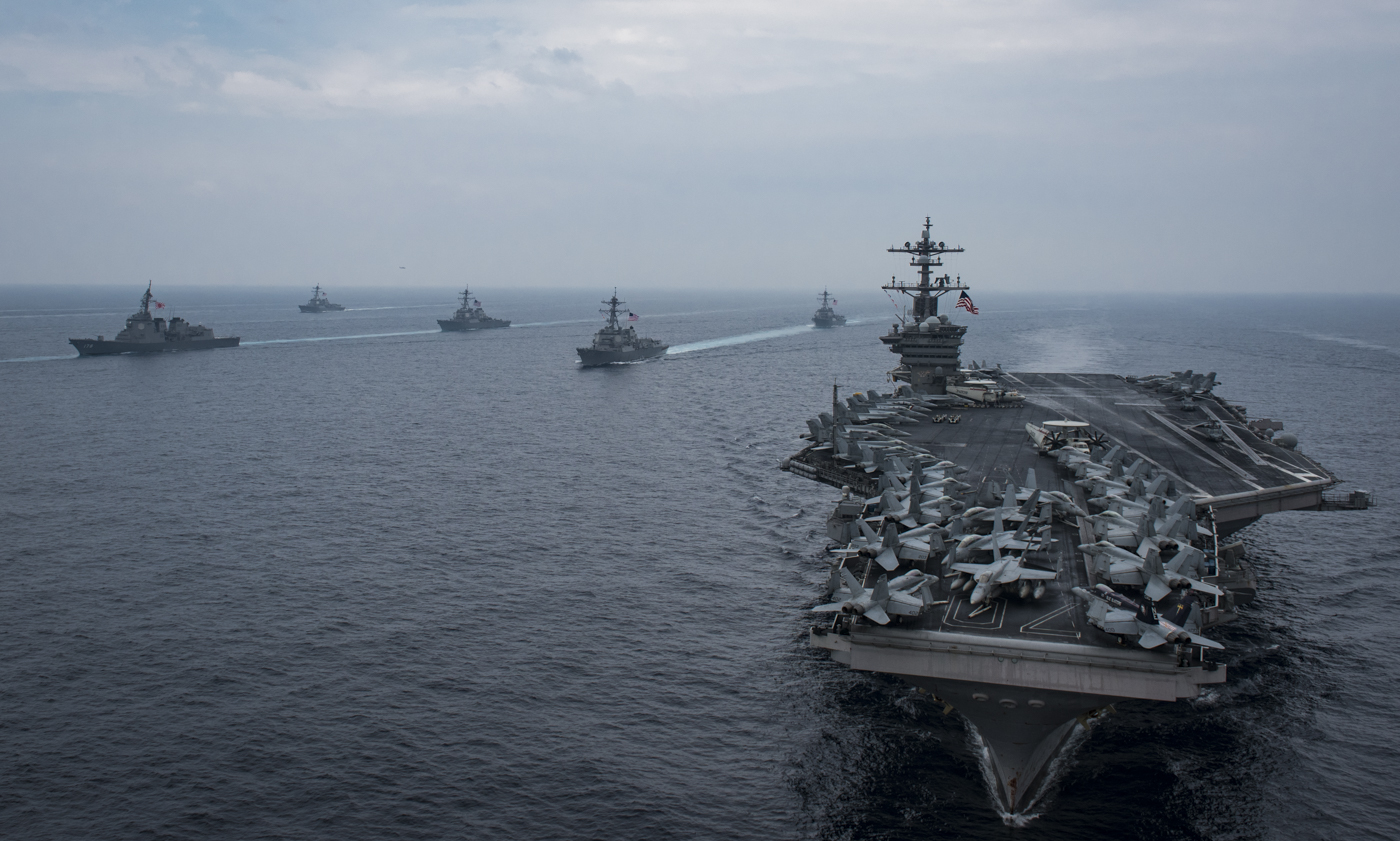 The Carl Vinson Carrier Strike Group departed the West Coast yesterday and today for a deployment to the Western Pacific, with this being the strike group’s second consecutive WESTPAC deployment under U.S. 3rd Fleet command.

The Navy began a 3rd Fleet Forward deployment concept in 2016, where the ships would remain under 3rd Fleet command and control during the entire deployment instead of switching to U.S. 7th Fleet command after crossing the international dateline. The idea was to allow 7th Fleet to focus on ships in the Forward Deployed Naval Forces in Japan – with a particular eye on potential missions near the Korean Peninsula – while 3rd Fleet controlled partnership-building exercises, humanitarian assistance missions and other missions elsewhere in the Pacific.

Carl Vinson CSG departed for its first Third Fleet Forward deployment exactly one year ago, on Jan. 5, 2017. The strike group’s deployment was extended by about 30 days and the strike group was rerouted to provide presence and deterrence off the Korean Peninsula. Carl Vinson CSG participated in the first dual-carrier exercise off the Korean Peninsula since the late 1990s, alongside the Japan-based Ronald Reagan CSG, before returning home to regroup and prepare for this next deployment.

This week, more than 6,000 sailors assigned to the CSG departed for a second 3rd Fleet Forward deployment.

“I look forward to the strike group further demonstrating 3rd Fleet’s evolving operational role across the Indo-Pacific region,” CSG commander Rear Adm. John Fuller said in a Navy news release.
“We are trained and ready to execute our mission.”