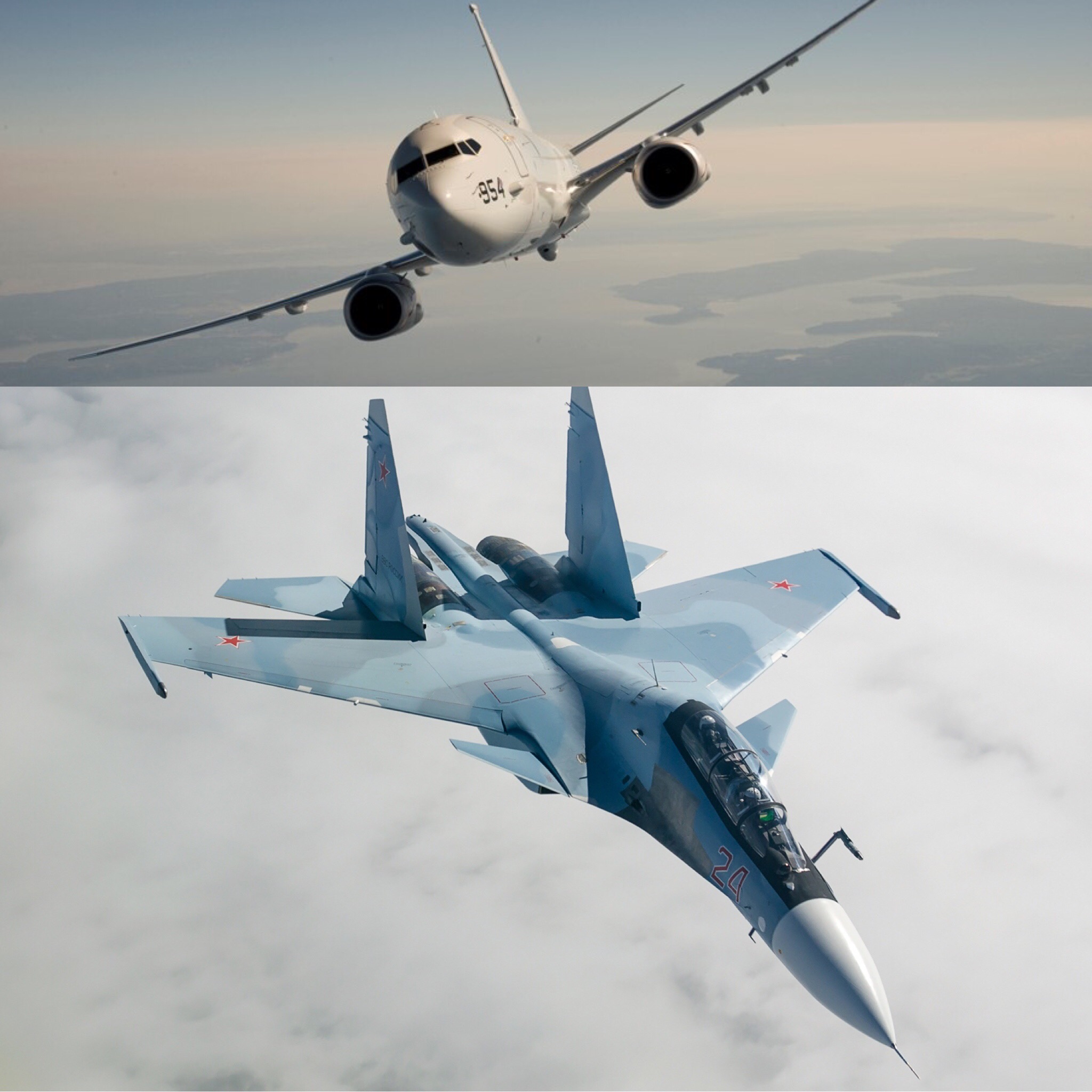 Moscow officials say a U.S. military aircraft intercepted by a Russian fighter over the Black Sea, in a manner the Pentagon said was unsafe, was headed for Russian airspace.

Russian media accounts claim the Poseidon surveillance aircraft was approaching the Russian coastline at a high rate of speed and only changed course after being intercepted by the Su-30.

“On November 25, Russian means of monitoring airspace spotted an air target over an international area of the Black Sea that was approaching the state border at a high speed. A Sukhoi-30 jet of the Southern Military District’s air defense was ordered into the air for interception,” read a government statement published by the Russian newswire TASS.
“The Russian fighter approached the air target and identified it as a US reconnaissance plane P-8A Poseidon.”

The Poseidon, is a modified version of the Boeing 737-800ERX, and has a top airspeed of about 564 miles per hour, according to the Navy. The Flanker can reportedly reach Mach 2.

The Su-30 crossed within 50 feet, of the Poseidon’s path, moving from right to left and causing the Navy aircraft to fly through the Russian aircraft’s jet wash. The Poseidon endured violent turbulence, but recovered and continued on its mission, ultimately safely landing back at Sigonella, a Navy spokesperson told USNI News.

Encounters between U.S. surveillance aircraft and Russian fighter jets, and have become more frequent following the Russian 2014 forced annexation of Crimea and Moscow exerting its military power in the region.

In May a similar incident occurred when a Russian Su-30 also intercepted a P8-A over the Black Sea. Press reports cite Russian defense ministry sources as saying their plane conducted a “greeting maneuver.” Navy officials were reported at the time as calling the May intercept “safe and professional.”

In February, two Russian Su-24 aircraft buzzed guided-missile destroyer USS Porter (DDG-78) while it was operating in international waters in the Black Sea. The Navy deemed this incident, “unsafe and unprofessional.”

In April 2014, a pair of Russian Su-24 aircraft buzzed guided-missile destroyer USS Donald Cook (DDG-75),while it was operating in the Baltic Sea. In a statement released at the time, U.S. European Command expressed “deep concerns about the unsafe and unprofessional Russian flight maneuvers.”