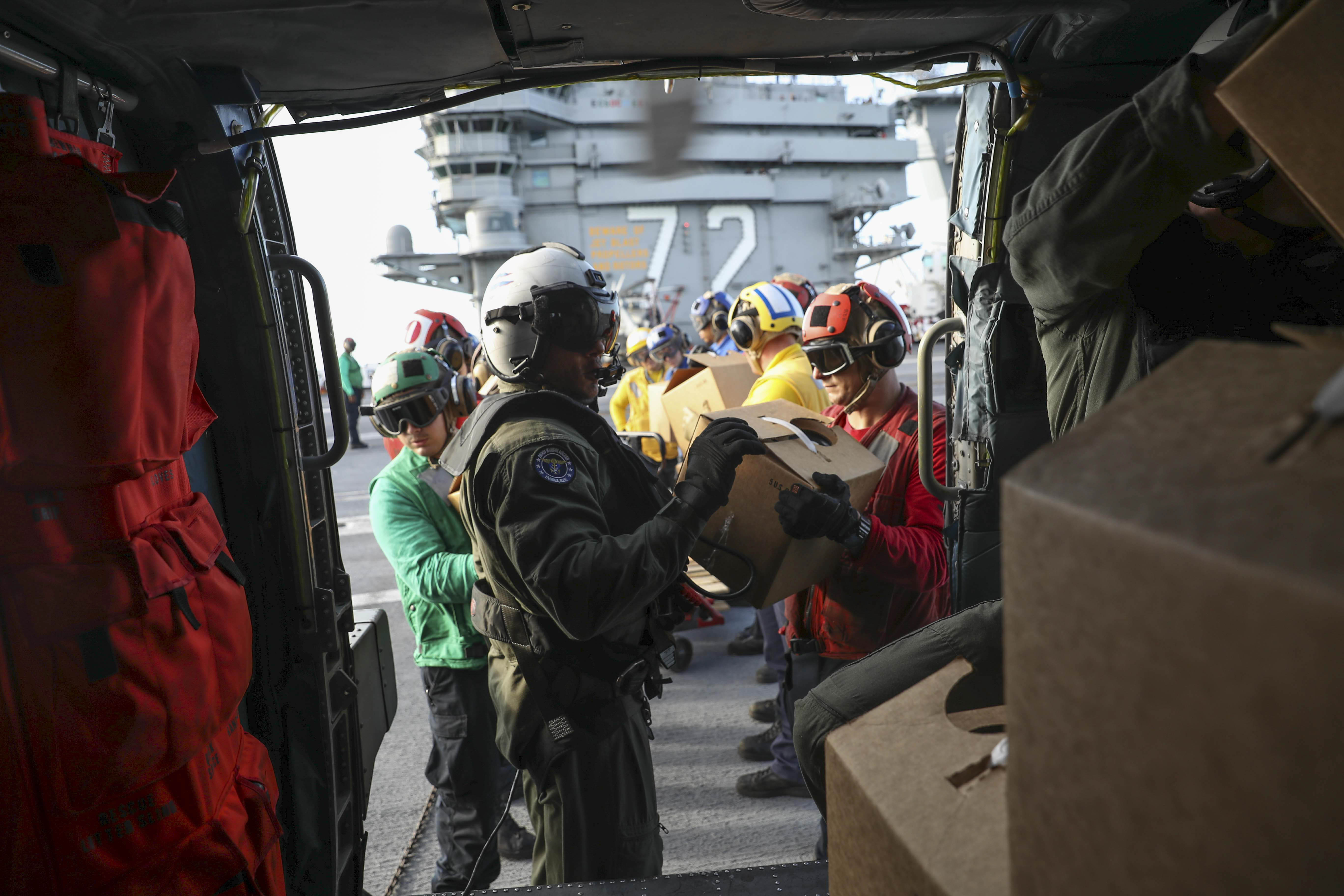 Positioned off the coast of Florida, helicopters from USS Abraham Lincoln (CVN-72) are now delivering food and water to Florida as part of the Hurricane Irma relief effort.

As part of the ongoing recovery in the wake of Hurricane Irma, Navy and Coast Guard helicopters and ships are continuing to evacuate people and shuttle food, water, and supplies to the U.S. Virgin Islands and south Florida. 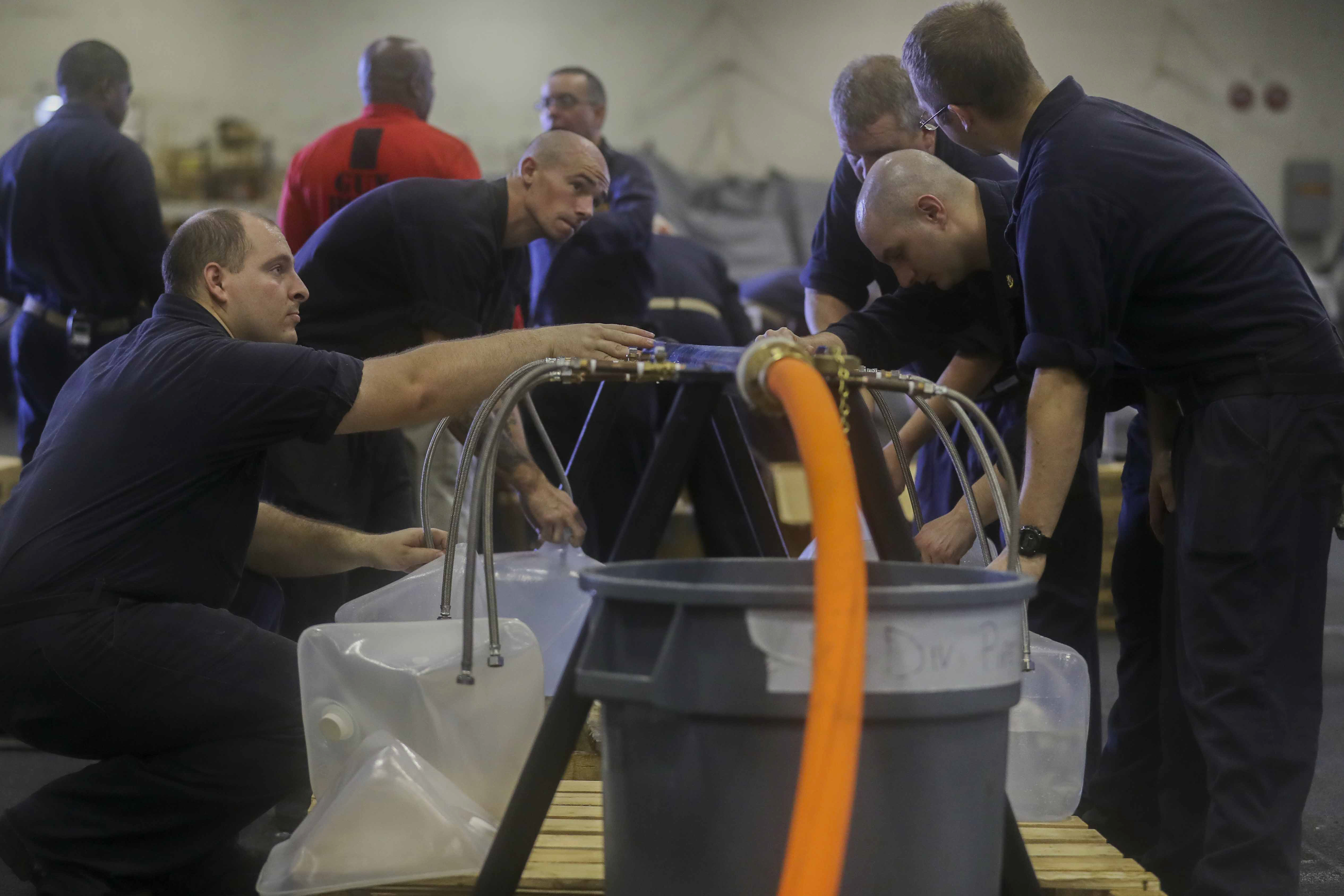 After receiving a formal request Monday for assistance from state and federal agencies, U.S. Northern Command started coordinating rescue and humanitarian missions with the U.S. Coast Guard, Federal Emergency Management Agency. U.S. Northern Command is also working with the U.S. Department of State to assist evacuations from and delivery of humanitarian aid to the British Virgin Islands.

Navy and Coast Guard crews are assessing damage in Florida. A record 6.6 million customer outages have been reported by Florida Power & Light. This represents 65 percent of the utility’s customer base and means about 10 million people are without power, according to the utility.