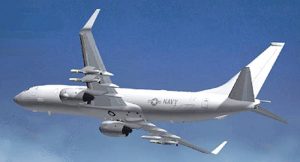 A Russian fighter jet came within feet of a Navy surveillance aircraft over the Black Sea while on a patrol.  The P-8 Poseidon was approached Tuesday by a Russian Su-27 jet which flew alongside within 20 feet for five minutes.

Capt. Pamela Kunze spokesperson for US Naval Forces Europe said the interaction was “considered to be safe and professional by the P-8A’s mission commander,” the distance was unusually close.

Russian officials have called the incident a “welcoming maneuver” during a statement made on Friday, according to a  Newsweek report.