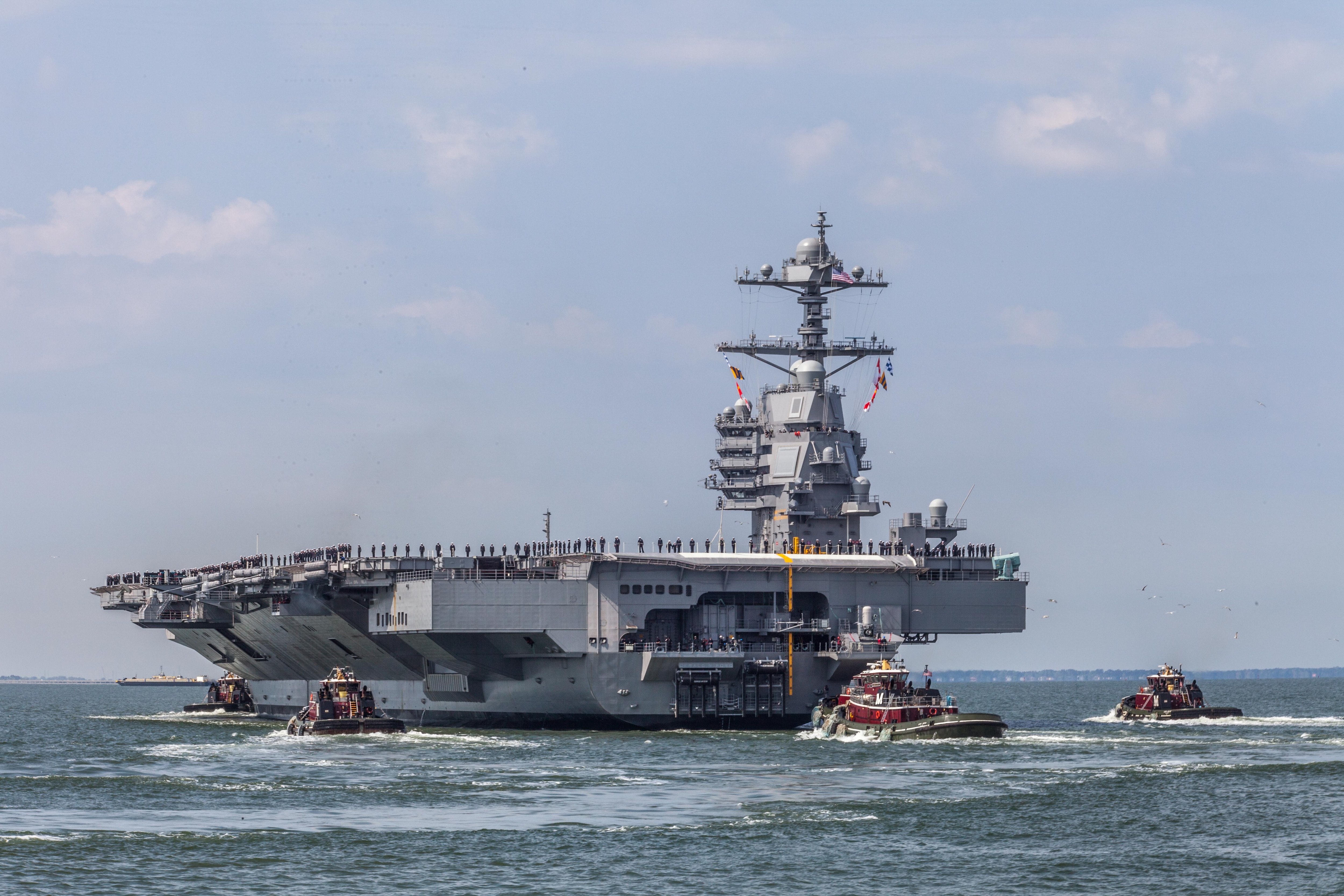 Norfolk, Va. (April 14, 2017) The future USS Gerald R. Ford turns into the lower Chesapeake Bay while to port after a successful week of builder’s trials in the Atlantic Ocean.Photo Credit: Mark D. Faram/Staff

It’s not quite the Navy’s boat yet, but she took a big step in that direction this past week during builder’s sea trials during which testing was done on the ship’s systems, components and compartments at sea for the first time.
The trials also included high-speed runs and turns — but the ship hasn’t yet conducted flight operations, something that won’t happen until the Navy formally takes possession and Ford officially joins the fleet. 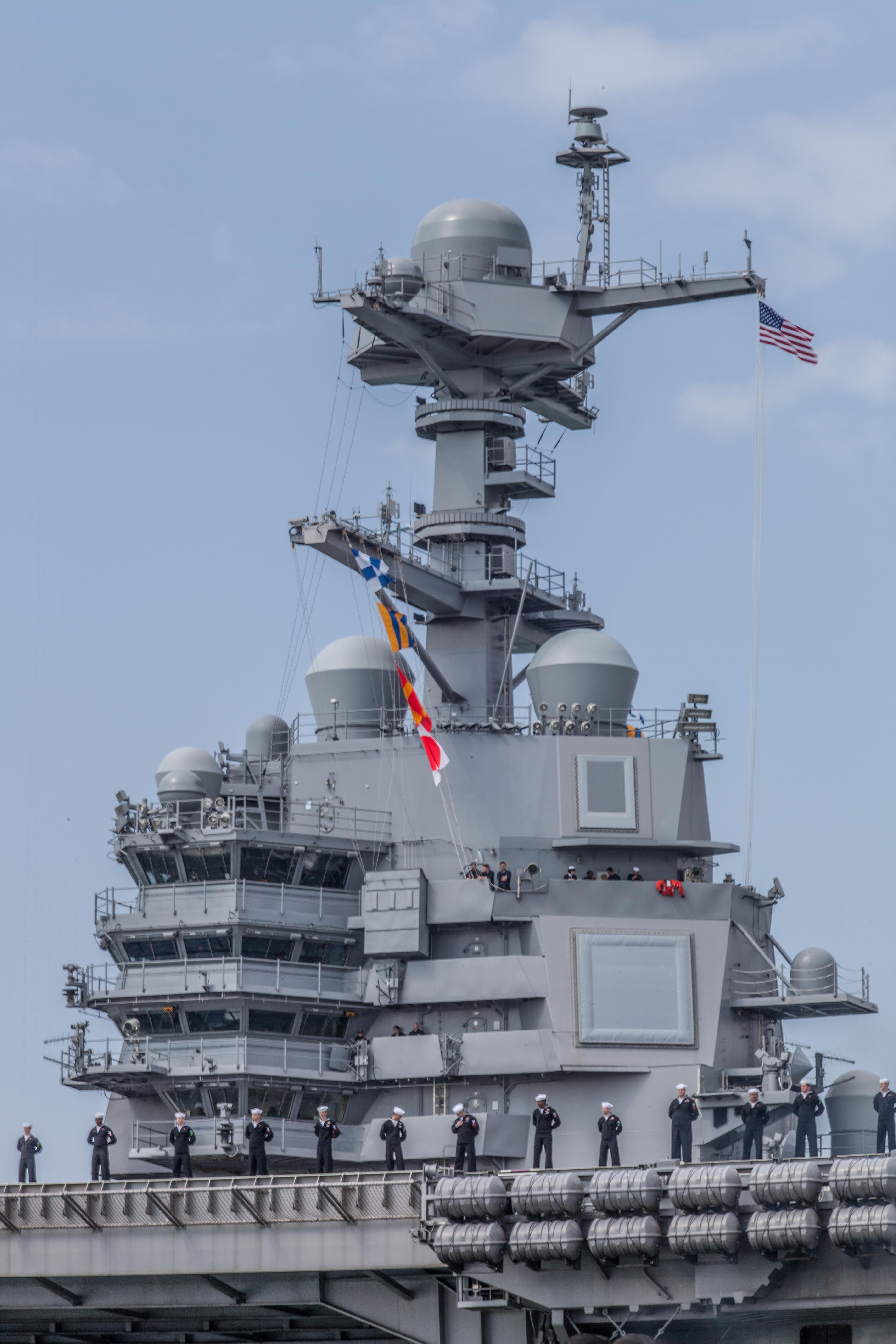 The next step, expected to happen soon, is the acceptance trials and if all goes well, the Navy will formally take passion of the ship and start preparing her for commission
But now, it’s still Huntington Ingalls’ ship.
“In my 36 years with Newport News Shipbuilding, I’ve ridden many sea trials,” said Matt Mulherin, president of  Newport News Shipbuilding upon returning from sea.
“While they have all been great experiences, this one was especially rewarding.”
Mulherin said he’s been involved with Ford since she was just an idea on paper in 2001.
“To see her come to life and perform as she was designed and built to do is awe inspiring and a testament to her shipbuilders and Navy crew,” he said.
The trials were conducted in a partnership between Ford’s crew and the Newport News shipbuilders as well as others from Naval Sea Systems Command.
Not only did Mulherin spend the week at sea, he was joined by Adm. James Caldwell, director, Naval Nuclear Propulsion Program, and Rear Adm. Brian K. Antonio, program executive officer, aircraft carriers.

One person who didn’t make the trip was the ship’s sponsor, Susan Ford Bales, daughter of President Gerald Ford, but in a statement released by the shipyard, she expressed her excitement for how it went.
“Completion of builder’s sea trials for Dad’s namesake aircraft carrier is the magnificent culmination of years of hard work,” she said. “I’m ecstatic and could not be prouder of the ship’s successful performance.”