By: David B. Larter

The carrier Eisenhower and its strike group are currently on track for a seven-month deployment, which would mark a significant achievement for Navy leaders who have struggled to give sailors more predictable deployment lengths while meeting the service’s presence commitments in the Asia-Pacific and Middle East. The erratic deployment schedule also plays hell with the Navy’s ability to plan scheduled maintenance in the shipyards.

The Navy had been shooting for eight-month deployments under its new deployment plan, but in late 2014, then-Chief of Naval Operations Adm. Jonathan Greenert declared eight months unsustainable and set the benchmark at seven months.

The Ike’s departure from the Gulf leaves the troubled region without a carrier, which has been a happening more often as the Navy fights to reign in its deployment lengths, which have dropped from nine-10 months to about eight months.

The so-called carrier gaps began last Fall when the carrier Theodore Roosevelt departed the Persian gulf without a ready replacement. Leadership blames a readiness shortfall created by budget cuts and being forced to meet more commitments than the Navy has ships. 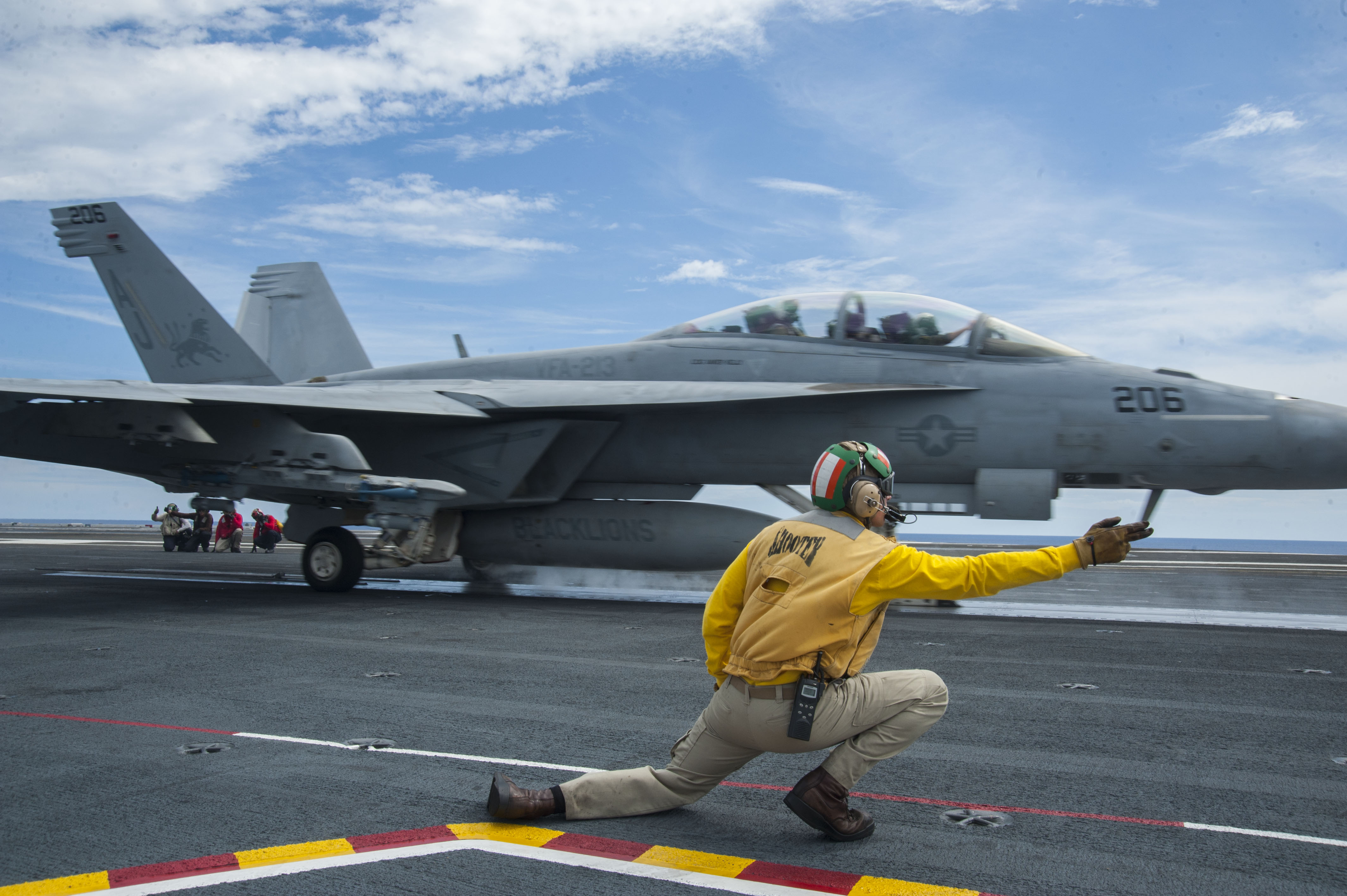 The carrier George H.W. Bush and her escorts are preparing for deployment off the coast of Virginia.Photo Credit: Petty Officer Third Class Daniel Gaither
The George H.W. Bush strike group, meanwhile, is out to sea training for its upcoming deployment early next year.

The group is in the Virginia Capes conducting the final phase of their workups known as the composite training unit exercise, or COMPTUEX. The Bush strike group is slated to leave in late January and will relieve the Ike and its group, currently on sailing through the Red Sea on its way home. Ike is slated to return to Norfolk by the end of December.

The Bush strike group is composed of Carrier Air Wing 8, the destroyers Truxtun and Laboon, and the cruisers Hue City and Philippine Sea. This will be Hue City’s first deployment since a fire in the uptakes sidelined the cruiser for months.

“This is a great exercise that will test our skills to collectively operate and fight as a strike group. Hue City Sailors have trained hard and are anxious to get on deployment.”