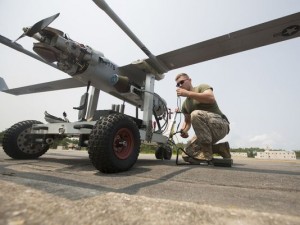 Initial operational capability means the first Marine Blackjack squadron is ready for deployment. Squadron VMU-2 will be assigned to support the 22nd Marine Expeditionary Unit based in Cherry Point, North Carolina. The first shipboard deployment is slated for this summer, according to a Naval Air Systems Command announcement.

The 8-foot-long Blackjack, which has an endurance of 10 to 12 hours, has been tested in Afghanistan. Each Blackjack system comprises five air vehicles, two ground control systems, and launch and recovery support equipment.