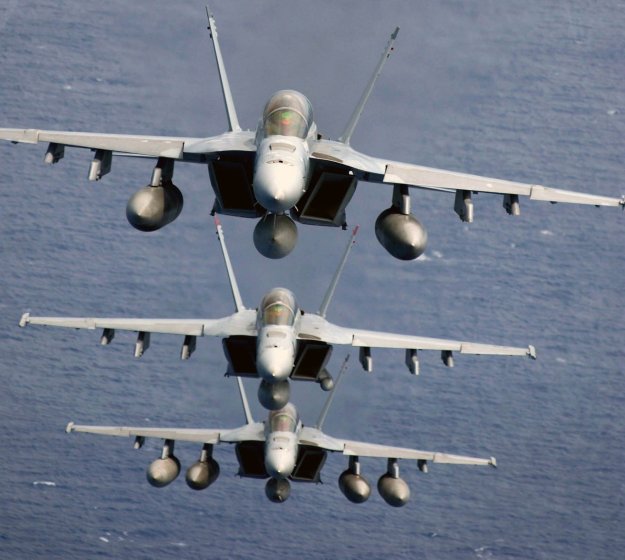 Boeing is taking steps to keep its F-18 production line open for future Navy and international sales based on positive signs from multiple sources, the company told USNI News.

The company builds both its F/A-18F Super Hornets and F-18G Growlers on the same production line, and the last planes the company had sold were 15 Growlers in Fiscal Year 2015 – enough work to keep the line open through the end of 2017, after the Navy and Boeing agreed to a production slowdown to allow more time for a decision on the future of the production line.

In March, Dan Gillian, Boeing’s F/A-18 vice president and program manager, told USNI News that the company would need to make a decision by mid-year as to whether it would begin buying long lead materials for future planes or begin preparations to close the production line.

Today, Gillian said “we’re doing everything we need to be able to continue production to meet U.S. Navy and international fighter needs.”

“Based on positive marks from all four defense committees and continued discussions on near-term‎ international sales, we’re moving forward with decisions to keep the line open and preserve future options,” the company added in a statement to USNI News.

Denmark is expected to make a decision in the next few months about what fighter it will buy, USNI News understands. And an unnamed Middle Eastern country is interested specifically in the Super Hornet and is working with the U.S. Navy to purchase the planes through the Foreign Military Sales program.

As for the Navy itself, it may be several more months until Congress finishes with the defense spending bill and a final decision is made regarding future Super Hornet buys, but there is reason for Boeing to be optimistic.

The Navy’s FY 2016 budget request, submitted to Congress in February through the Defense Department, did not include funding for Super Hornets. But in March, the services are given an opportunity to submit an Unfunded Priorities List to Congress – a list of spending items that would fill gaps and reduce operational risk, but did not make the final cut in the budget process. The services’ lists are accompanied by a letter stating these needs should not be filled at the expense of priorities that did make it into the final budget request.

In the Navy’s list, the services noted “our legacy strike fighters (F/A-18A-D) are reaching end of life faster than planned due to use and wear. Improving the inventory of F/A-18F and F-35C aircraft will help reconcile a near term (2018-2020) strike fighter inventory capacity challenge, and longer term (2020-2035) strike fighter model balance within the carrier air wing. It will reduce our reliance on legacy-model aircraft which are becoming increasingly expensive and less reliable.” 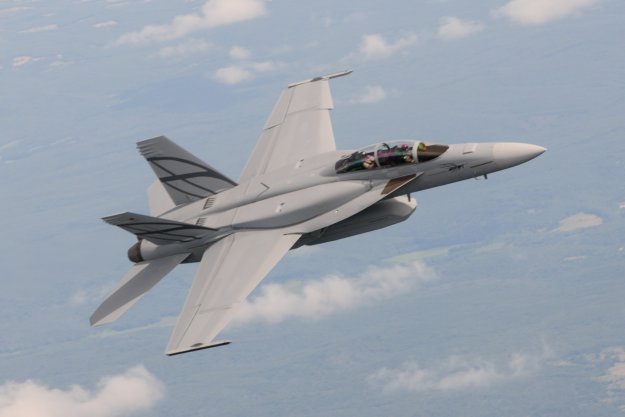 Chief of Naval Operations Adm. Jonathan Greenert told reporters in March after a Senate hearing that he was looking at a shortfall of about three squadrons, or 36 planes, due to the legacy Hornets burning through their service life faster than anticipated. He said maintenance depot workers wouldn’t know until next summer whether a plan to extend the F/A-18A-D’s service life from 6,000 flight hours to 9,000 would work.

Earlier this month, the Defense Department submitted an appeal to the two armed services committees to reverse many decisions – including the added Super Hornet funding – that come at the expense of other priorities in the original FY 2016 budget request.

“The additional $1,150.0 million added to the Senate authorization for the additional 12 F/A-18E/F aircraft unfunded requirement is not required” according to the appeal.
“The F/A-18E/F is the premier operational strike fighter aircraft for the Department of the Navy. However, the F-35B is scheduled to be IOC in July 2015, with the F-35C IOC scheduled for August 2018. There is no validated requirement for additional F/A-18E/F. Keeping the F/A- 18E/F production line open is cost prohibitive for the Department. The Department recommends $1,150.0 million be redirected from this congressional enhancement to restore the congressional mark.”

After this statement from DoD, the Navy stands by its original statement from March that the items in its Unfunded Priorities List should only be addressed after the full FY 2016 budget request is funded. However, it also stands by its need for the Super Hornets despite the DoD statement that there isn’t a valid requirement.

“The Navy’s unfunded priority list substantially reduces operational and programmatic risk and the 12 Super Hornets mitigate strike fighter inventory challenges that were highlighted during testimony,” Navy spokesman Lt. Rob Myers told USNI News on July 21.
“While we appreciate the support to fund items on our unfunded list, we continue to request that our [President’s Budget 2016] budget is funded in its entirety first, which assesses and prioritizes what we need to execute the missions outlined in defense strategy.”

Congress is not obligated to act on the DoD appeal, and in fact the most recent Growler purchase was made with funding Congress added in that was not in the FY 2015 budget request.

These 12 Super Hornets would only be purchased if the House and Senate appropriations committees also include the funding in the final version of their bill later this year. The armed services committees’ bill will provide the authority to buy the planes but not the money to do so.