Home » News » Analyst: It’s the End of an Era for Military Aviation Industry

Analyst: It’s the End of an Era for Military Aviation Industry 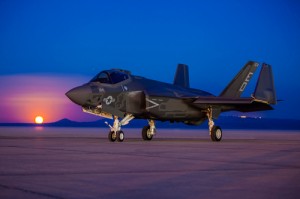 In a few years, Lockheed Martin Corp. might be the sole U.S. manufacturer of
military fighter aircraft. Lockheed’s current rival, The Boeing Co., would limit
its offerings to jetliner derivatives such as refueling tankers and surveillance
planes.

This is the picture that is emerging from the Pentagon’s buying
decisions over the past decade, says Richard Aboulafia, aviation analyst at the
Teal Group.

What he sees in the U.S. military aircraft budget is “death
and destruction” for the industrial base, Aboulafia tells executives Feb. 19
during a lunch meeting of the National Aeronautic Association.

The
problem is not a shortage of money, he says, but that a disproportionate amount
is being spent on the F-35 Joint Strike Fighter, made by Lockheed Martin.

“We put all the eggs in one basket,” Aboulafia says. “A whole lot of
programs are dying.”

During the post-Cold War military drawdown,
manufacturers merged and the industry shrank, but the Pentagon kept most of its
major assembly lines, and only shut down the Navy’s F-14 fighter and the Air
Force’s B-2 bomber.

The coming defense downturn likely will mark the
end of production of the Air Force’s C-17 cargo planes, F-15 and F-16 fighters,
and the Navy’s F/A-18, says Aboulafia. “There is a day of reckoning coming,” he
says. “Frankly, there is not a lot of ways to save these lines.”

The
winners are the F-35 and the C-130J cargo plane, also made by Lockheed Martin.
which the Pentagon intends to buy in large numbers. There is a chance the Air
Force will build new bombers, but that will not happen for another 10 years.
“This is not a happy picture from the standpoint of the military aircraft
industrial base unless you have a share of the F-35 program,” he
says.

The Pentagon did a poor job recapitalizing its aviation fleet when
defense budgets were soaring after 9/11, Aboulafia notes. Military spending on
new equipment is still relatively high, at $94 billion in 2014, compared to $130
billion during the war peak. But the high cost of new aircraft and a lack of
forward planning has left the military with an aging fleet and with its biggest
program, the F-35, that is ramping up much more slowly than expected. “This is
disastrous,” says Aboulafia. He noted that, in current-year dollars, at the peak
of the Reagan buildup in 1986 the Defense Department purchased 387 aircraft. At
the high point of the Iraq/Afghanistan spending surge, it purchased
75.

“We have this aging fleet that is not getting replaced,” he says.
This will transform the U.S. market considerably as more money will be spent on
upgrades and repairs than on new production.

According to current
projections, Boeing’s legacy fighters, the F-15 and F/A-18 Super Hornet will
remain in production for a few years and all of a sudden they fall off the
cliff, Aboulafia says. “Right now Boeing needs to decide as a company if the
line is going to be kept alive with long lead money.” How the Pentagon invests
procurement dollars this coming year could have long lasting consequences, he
says. “The budget battle will determine the future of America’s last fixed-wing
combat aircraft production lines.”

Export sales cannot be counted upon
to make up for Pentagon cutbacks. Losing the Brazil competition was a tough blow
to the Super Hornet, he says. He credits Boeing leaders for making a full-court
press four years ago to win the Air Force tanker program and ensure the company
maintains a presence in the military market. “If you were Boeing and you saw all
this happening a few years ago, you put all your political capital in the tanker
program,” he says. “And that’s exactly what they did. They saw this coming.”

Boeing might have to transition out of the tactical fighter business and
focus on jetliner derivatives for the military such as the KC-46 refueling
tanker and the Navy’s P-8 maritime surveillance aircraft. “This is a major sea
change,” says Aboulafia. “The composition of this industry is changing. The next
couple of years are going to be a jarring experience for those
involved.”