CORONADO, Calif. – The Navy is inaugurating its first squadron with unmanned aircraft, formally adopting drone technology amid debate over its growing use in warfare.

Military officials will launch the maritime strike squadron called “Magicians” on Thursday at the Naval Air Station North Island base on Coronado, near San Diego.

The squadron will have eight manned helicopters and a still-to-be-determined number of the Fire Scout MQ-8 B, an unmanned helicopter that can fly 12 continuous hours, tracking targets. 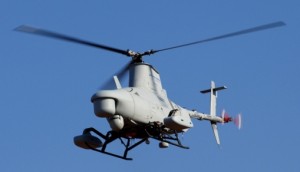 Lt. Aaron Kakiel says the squadron will be aboard the Navy’s new littoral combat ship in about a year.

He says most Navy drones now are operated by contractors overseen by military personnel.

The squadron’s creation comes 100 years after the formation of the first Navy air detachment.