Marine Maj. Gen. Steven Rudder has been nominated to be the next head of Marine aviation, replacing Lt. Gen. Jon Davis, who is expected to retire in July, officials said.

If approved by the Senate, Rudder would also get his third star. He is currently the director of U.S. Pacific Command’s strategic planning and policy directorate at Camp H. M. Smith, Hawaii. 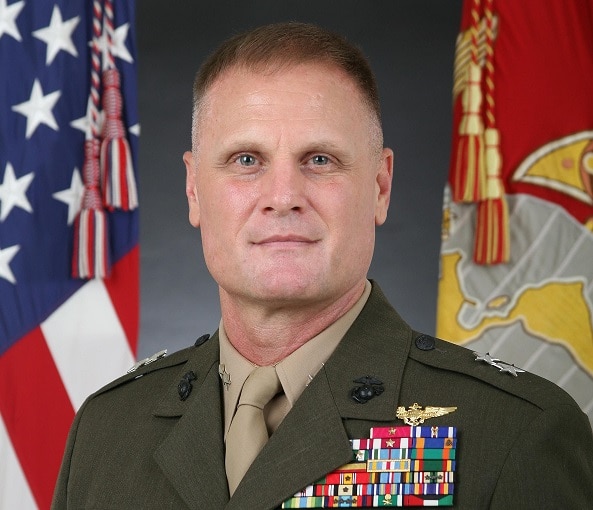 Maj. Gen. Steven Rudder.Photo Credit: Marine Corps
Davis has served as deputy commandant for aviation since June 2014. During that time, the aviation community has faced big readiness challenges. Davis struggled with the aftermath of decisions Marine Corps leaders made long before his tenure, such as leaving CH-53E helicopters downrange for years and forgoing the purchase of F/A-18 E-F Super Hornets to put all of Marine aviation’s eggs in the F-35 joint strike fighter basket.

The combination of budget cuts, years of continued operations and the departure of the Corps’ most seasoned maintainers left more than half of all Marine Corps aircraft unable to fly in December. A Marine Corps Times Freedom of Information Act request asking how many Marine Corps aircraft could fly as of April 1 and how often pilots are flying was denied on Tuesday.

“The No. 1 thing that we can do to help improve readiness on the flightline for the Marine Corps is to fix our spare parts problem,” Davis told reporters in February. “Across the Department of the Navy, we do not have the spare parts we need — it’s not just the Marine Corps; it’s the Navy as well — to sustain our airplanes and maintain our readiness goals.”