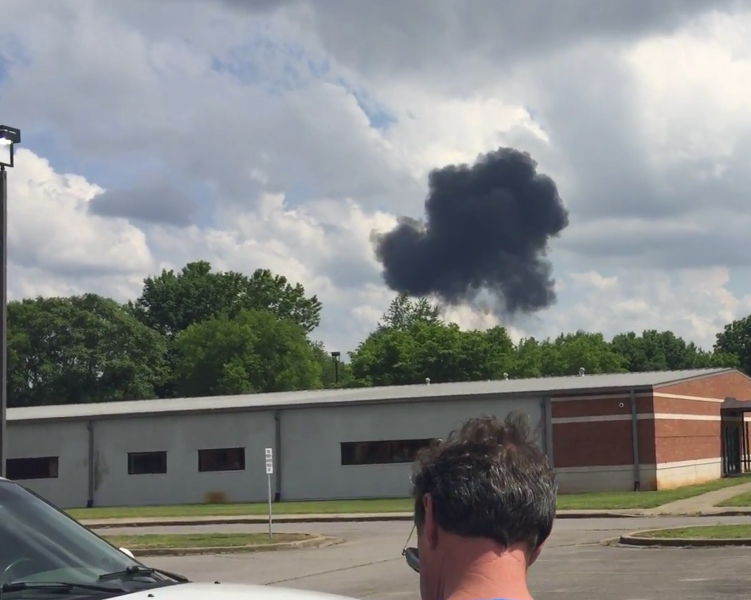 A new video that appears to show the Blue Angels crash in Tennessee has been posted online.

A new video uploaded to Youtube yesterday seems to show the deadly crash that killed Capt. Jeff Kuss, Blue Angel #6 during a practice flight at the Smyrna Airport, Tennessee, on Jun. 2.

The clip shows the Lead and Opposing solo depart: whilst the #5 performs the dirty roll, the #6 performs a low transition and at 285 KCAS he pulls to 70 degrees nose up. According to the Blue Angels Maneuvers Manual at a minimum of 3,500 feet, he would roll the aircraft 180 degrees and complete a Split S reversal.

The footage shows the doomed Hornet almost leveling off at the end of the maneuver beyond the trees before a smoke and fireball is caused by the impact with the ground.

Did the pilot reach the required 3,500 feet? Did something else fail? Did the pilot suffer a G-LOC (G-force induced Loss ofconsciousness)?

The video does not help answering those questions, still it provides some new details about the deadly crash.

H/T to our pal Tyler Rogoway at The War Zone for posting the video.