An MH-60S Sea Hawk assigned to the Eightballers of Helicopter Sea Combat Squadron (HSC) 8 flies next to the aircraft carrier USS Theodore Roosevelt (CVN 71) and the amphibious assault ship USS America (LHA 6) while they transit the Pacific Ocean, Feb. 15, 2020. US Navy photo.

Acting Secretary of the Navy Thomas Modly is commissioning a six-month study on the future of the aircraft carrier and carrier-based aviation, the Navy announced today.

This Blue-Ribbon Future Carrier 2030 (FC-2030) Task Force will include input from both Navy and Marine Corps leaders, in line with recent efforts to consider the needs of the integrated naval force when making decisions on shipbuilding requirements to support new operational concepts for both services: Distributed Maritime Operations (DMO) and Expeditionary Advance Base Operations (EABO).

The study comes as the Navy and Marines invested significant time and effort into conducting an Integrated Naval Force Structure Assessment to look at new fleet requirements based on current and near-term threats, combatant commander demands and emerging technologies such as new ship classes and unmanned vessels. Navy-Marine Corps leadership have signed off on those results but the Office of the Secretary of Defense has not. A Navy news release notes this task force study “will be complementary to, and informed by, a broad review of national shipbuilding requirements being conducted by Deputy Secretary of Defense David L. Norquist.”

“The long-term challenges facing our nation and the world demand clear-eyed assessments and hard choices,” Modly said in the news release.
“Because we have four new Ford carriers under contract, we have some time to reimagine what comes next. Any assessment we do must consider cost, survivability, and the critical national requirement to sustain an industrial base that can produce the ships we need—ships that will contribute to a superior, integrated naval force for the 2030s and far beyond.”

“Aircraft carrier construction sustains nearly 60,000 skilled jobs in over 46 states,” Modly added.
“It can’t be simply turned on and off like a faucet. We must be thoughtful in how we approach changes as they will have lasting impacts on our national industrial competitiveness and employment.” 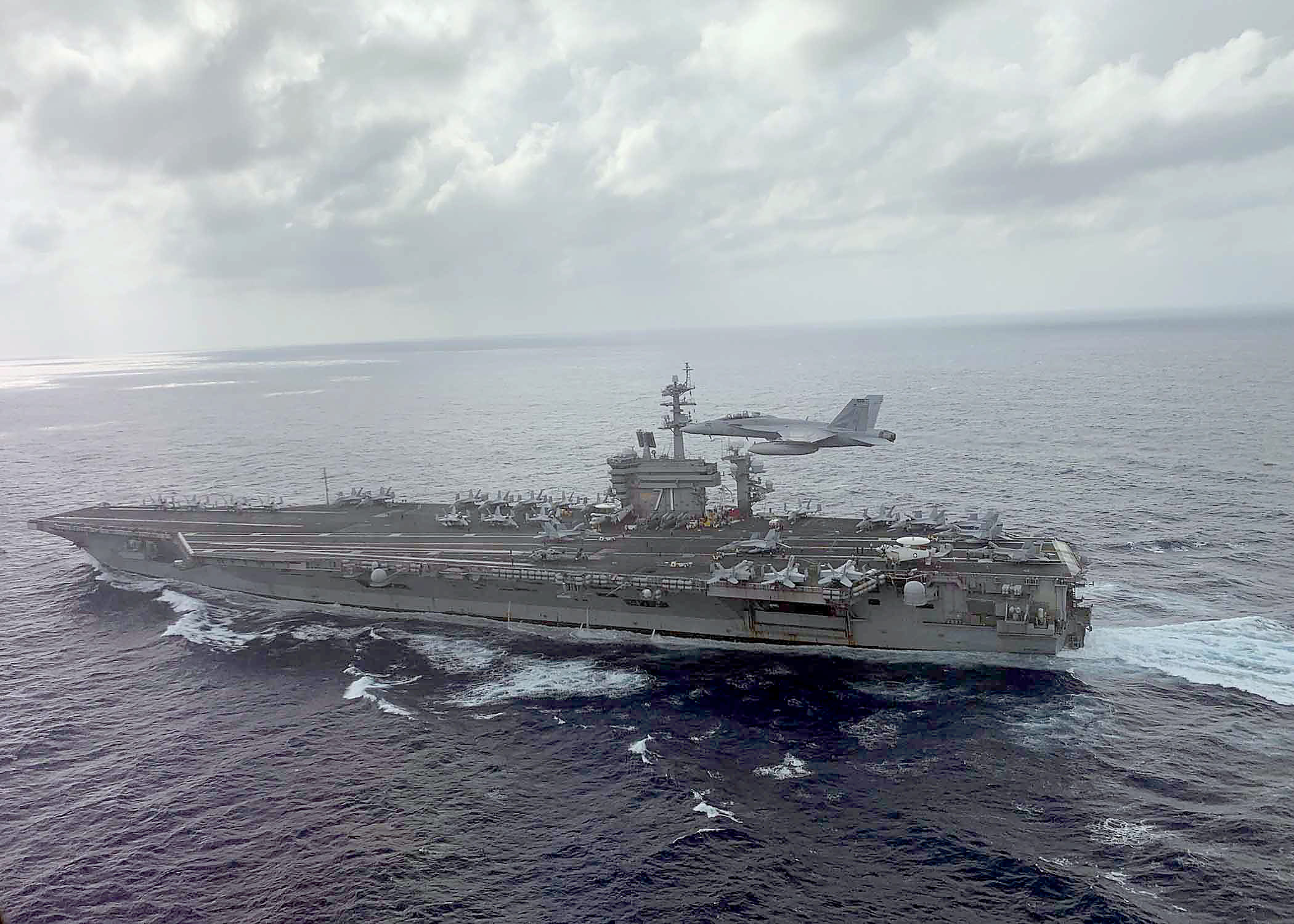 Though the nuclear-powered aircraft carrier has been a staple of the Navy fleet since USS Enterprise (CVN-65) was called on in the Cuban Missile Crisis, there are ongoing concerns about the utility of an aircraft carrier within the weapons engagement zone of Chinese weapons such as the DF-21 and DF-26 anti-ship missiles. The Navy has maintained the carrier could operate with acceptable risks due to the quick speeds it can sail at, decoys, protection from the airwing and nearby surface combatants, and other factors.

During the 2016 force structure assessment, there discussion of a “light carrier” that would be more like the first two America-class amphibious assault ships with aviation enhancements than it would like a Ford-class carrier – it would be conventionally powered and would not have a catapult launch system but would instead haul rotary wing and vertical takeoff aircraft around the theater. The Navy never expressed much public support for this idea, which remains popular in the think tank realm.

Additionally, the Navy is analyzing what its future carrier air wing may look like, which would also affect what the carrier would need to look like. USNI News understands the Navy is conducting an “Air Wing of the Future” study now that is considering the role of manned versus unmanned platforms, keeping helicopters in the air wing versus taking those squadrons out of the CVW construct, and more. The Navy has declined to discuss the study, its scope or its timeline with USNI News.

The Future Carrier 2030 Task Force will take place amid all these ongoing discussions about naval aviation. 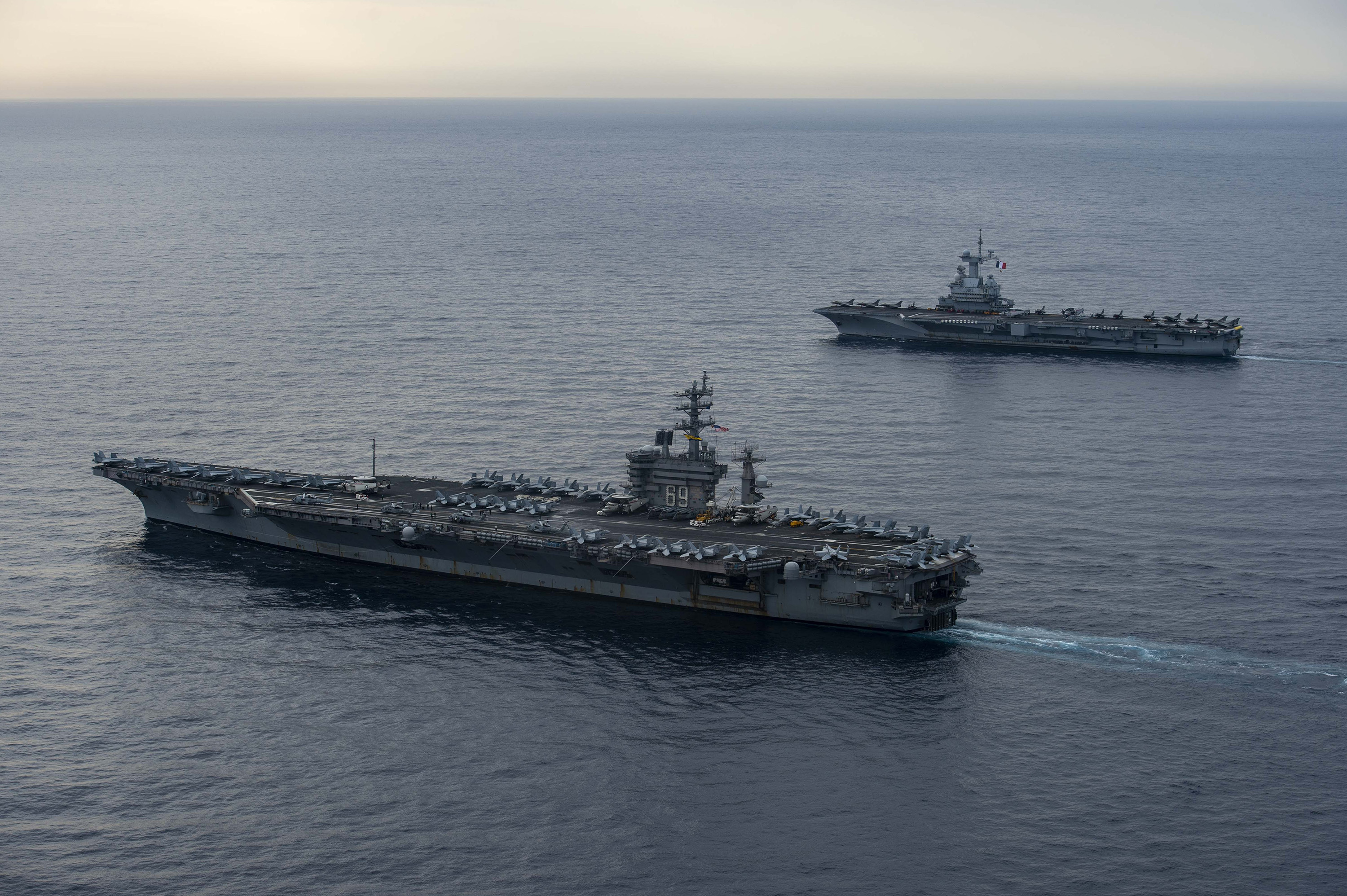 According to the news release, the task force will be led by an executive director chosen from within the Department of the Navy’s Secretariat staff, and assisted on a collateral-duty basis by representatives from the Office of Naval Research and the Deputy Chief of Naval Operations for Warfighting Development (OPNAV N7), a newly established position.

“Along with an executive director, the FC-2030 Senior Executive Panel will consist of thought leaders with historical records of leading and contributing to large change in maritime defense strategies and programs. Former Senator John Warner of Virginia has agreed to serve as the Honorary Chairman of the Executive Panel. Former Secretary of the Navy John Lehman, former acting Deputy Secretary of Defense Christine Fox, former Deputy Undersecretary of the Navy Seth Cropsey, and former Congressman Randy Forbes have agreed to serve as Executive members of the panel,” reads the news release.

The entire academic and research enterprise – naval schools, naval warfare centers and federally funded research and development centers – will all be involved.

“Our future strength will be determined as much by the gray matter we apply to our challenges as the gray hulls we build,” Modly said.
“We need the best minds from both inside and outside of government focused on this issue.”