I write about national security, especially its business dimensions.

Deterring and/or defeating aggression by China’s military has become a top priority of U.S. defense strategy. Due to China’s geographical circumstances, Pentagon planners assume that any outward thrust of the People’s Liberation Army, Navy and Air Force would occur in the east, presumably using maritime routes. So it is there that America and its allies intend to block aggression—starting at the first island chain off the eastern coast that includes Japan, Taiwan and the Philippines.

The United States has diverse means for countering China’s military forces. Air Force assets based as far away as Guam could be brought to bear against a Chinese threat, as could Army units deployed to the island chain with long-range missiles, and various naval assets in the U.S. Pacific Fleet. Washington’s ideas about the best mix and application of friendly forces in the region are constantly evolving.

A persuasive case can be made that the most cost-effective tool for deterring or repulsing Chinese aggression is provided by the 11 large-deck, nuclear-powered aircraft carriers in the U.S. fleet. Although there has been much speculation of late about how China’s investment in new military capabilities might compromise the survival of carriers in the Western Pacific, such thinking is not grounded in a rigorous analysis of the challenges associated with finding and engaging carriers. U.S. carriers are actually more survivable today than they were a generation ago, as I explained in a May 21 assessment for Forbes.

But being survivable and being cost-effective are two different things. To be cost-effective, a military solution must connect capabilities with affordability, which is what I propose to do below. Here are five reasons why large-deck, nuclear-powered carriers provide the most cost-effective tool for deterring and/or defeating China’s military forces if they thrust outward to the east. 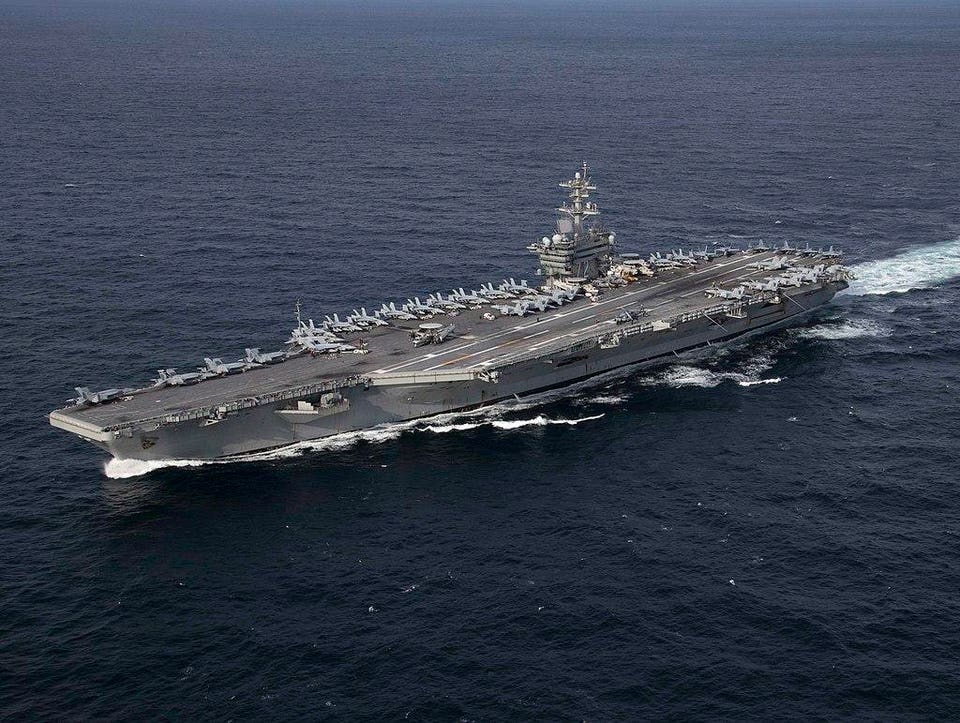 The U.S.S. Abraham Lincoln, one of the Navy’s Nimitz-class carriers, at sea earlier this year.

Carriers cost less than 1% of the federal budget. Several years ago, retired Navy captain Henry Hendrix of the Center for a New American Security offered this assessment of what a carrier strike group costs to own and operate: “Factoring in the total life-cycle costs of an associated carrier air wing, five surface combatants and one attack submarine, plus the nearly 6,700 men and women to crew them, it costs about $6.5 million per day to operate each strike group.” That equates to $2.4 billion per year. If we multiply $2.4 billion by the 11 carriers current law requires the Navy to sustain—a calculation that greatly exaggerates the cost of operating a handful of carriers on any given day—we arrive at a total annual cost of $26 billion. That is less than 5% of the Pentagon’s $700 billion budget, and less than 1% of the overall federal budget.

Carriers are less likely to be destroyed than land-based forces. Aircraft carriers are constantly moving when forward-deployed near potential adversaries such as China. The same is true of the other warships that escort the carrier, which provide the strike group with a layered defense against overhead, undersea and surface threats. Moving targets are hard to hit, especially in the vastness of the Western Pacific. The same cannot be said of land bases that would host Army and Air Force units in the region. Those are fixed assets within range of Chinese missiles, and their locations are well known to Beijing’s military planners. The Army might be able to achieve some limited mobility on specific islands, but there isn’t much friendly real estate in the region on which to locate U.S. forces capable of engaging the Chinese military.

Carriers are better-suited to sea control than other combat systems. Although aircraft carriers have come to be thought of as land-attack assets, they originated as sea-control warships and today remain better suited to that task than any other combat system in the U.S. arsenal. The carrier air wing can surveil areas up to 500 miles in any direction from the carrier, and either attack hostile warships directly or cue other friendly forces to do so. The reach of carrier reconnaissance assets is growing rapidly as long-range drones are added to the mix of aviation assets in each air wing. The Army and Air Force have minimal capacity to control sea lanes, while Navy assets other than the carrier are themselves limited in what they can accomplish in the way of detecting hostile surface forces. Even if they detect such forces, many U.S. warships lack a capacity to engage hostile surface combatants. 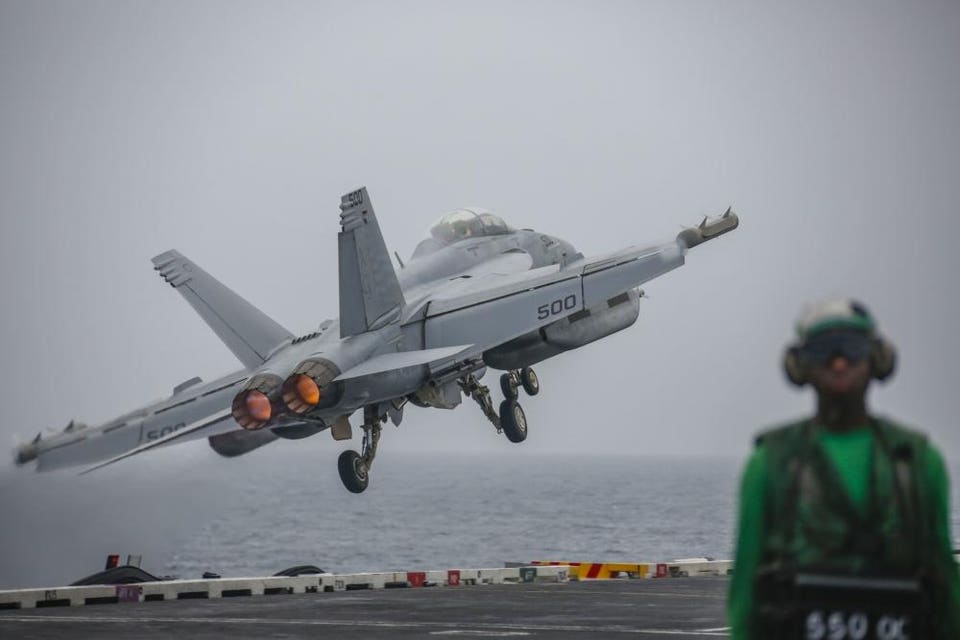 Carriers cost less to destroy a target than using long-range missiles. Long-range missiles of the type the U.S. military uses to engage targets on land or at sea typically cost over a million dollars each. For instance, the latest version of the Tomahawk land-attack cruise missile carried on many U.S. cruisers and destroyers costs $1.8 million. In contrast, a Joint Direct Attack Munition carried by a Navy strike fighter with similar accuracy and a bigger warhead costs about $25,000. So the strike fighter could destroy dozens of targets for the price of one Tomahawk. Even when the strike fighter needs to use a standoff weapon to destroy hardened, heavily defended assets, it costs a fraction of what a long-range missile does. In a war requiring attacks on 10-20,000 aimpoints, the cost differential between using carrier-based munitions and long-range missiles would amount to many billions of dollars.

Carriers can sustain high rates of fire for weeks at a time. The air wing hosted on each deployed carrier contains four dozen strike fighters with a combat radius of 450 or more miles, and each of the strike fighters can destroy multiple targets in a single sortie. Because the air-to-ground munitions strike fighters carry are relatively inexpensive and the carrier has vast internal volume for storing them, it is feasible for a carrier air wing to destroy hundreds of targets every day for weeks at a time. Surface combatants trying to sustain that rate of fire would quickly exhaust their magazines of missiles. Land-based tactical aircraft have the same potential for achieving high rates of bomb delivery, but they lack the basing mobility to get within range of many targets. Long-range bombers are not as range-constrained, but they rely on vulnerable land bases and are too few in number to sustain high rates of weapons delivery for long periods. Older bombers cannot safely penetrate modern air defenses, and thus must rely on costly cruise missiles for their offensive punch.

There are many other considerations that must be weighed in contemplating how best to deter or defeat Chinese forces pushing into the Pacific. In general, though, large-deck, nuclear-powered carriers with their extensive strike capabilities and unlimited range look more cost-effective than available alternatives.