“We deliver about 10 to 12 submarines around the world, SSNs, 24/7/365. Five SSBNs on deterrent patrols 365. And it takes quite an infrastructure to pull that off. We have shifted a little bit the last couple years toward trying to strike the balance … between peacetime missions, which have traditionally been ISR (intelligence, surveillance and reconnaissance) focused, toward combat readiness,” Rear Adm. Daryl Caudle, commander of U.S. Pacific Fleet’s Submarine Force, said during a panel presentation at the WEST 2019 conference cohosted by the U.S. Naval Institute and AFCEA.

Caudle said changes were happening throughout the submarine community’s training process. On the Submarine Command Course, “we have shifted those underway periods to be high-end combat operations. Instead of doing a lot of peacetime, shallow water, high contact density kind of ISR stuff, it’s all about combat.” Prospective executive officers and commanding officers undergoing training are given more access to highly classified operational plans, so that a commander would better understand what a combat mission might look like and keep that in mind while training for the XO/CO job and while training his or her crew once assigned to a sub.

Additionally, as Commander of Naval Submarine Force Vice Adm. Charles Richard has previously said, the former Tactical Readiness Evaluation has been renamed the Combat Readiness Evaluation to shift the focus and ensure that anyone who completes the evaluation would be ready for potential conflict under the sea.

Rear Adm. Ron Boxall, the director of surface warfare on the chief of naval operations’ staff (OPNAV N96), said during the panel that the surface community is also shifting its focus to more offensive capabilities rather than self-defense and defense-of-the-carrier types of missions.

“We’ve gotten very good at air defense and we’ve gotten very good at missile defense, but we’ve really gotten away from the offensive lethality piece from the surface ship standpoint. and I think that [anti-submarine warfare] was also lesser- valued from surface ships in the last many years,” he said.
“And I think that has changed dramatically. We’ve dramatically improved the number of ships that are out there with [AN/SQQ-89A(V)15 undersea warfare suites]; we’re over half now, which is really an aggressive move for us, we put a lot of money into it.” 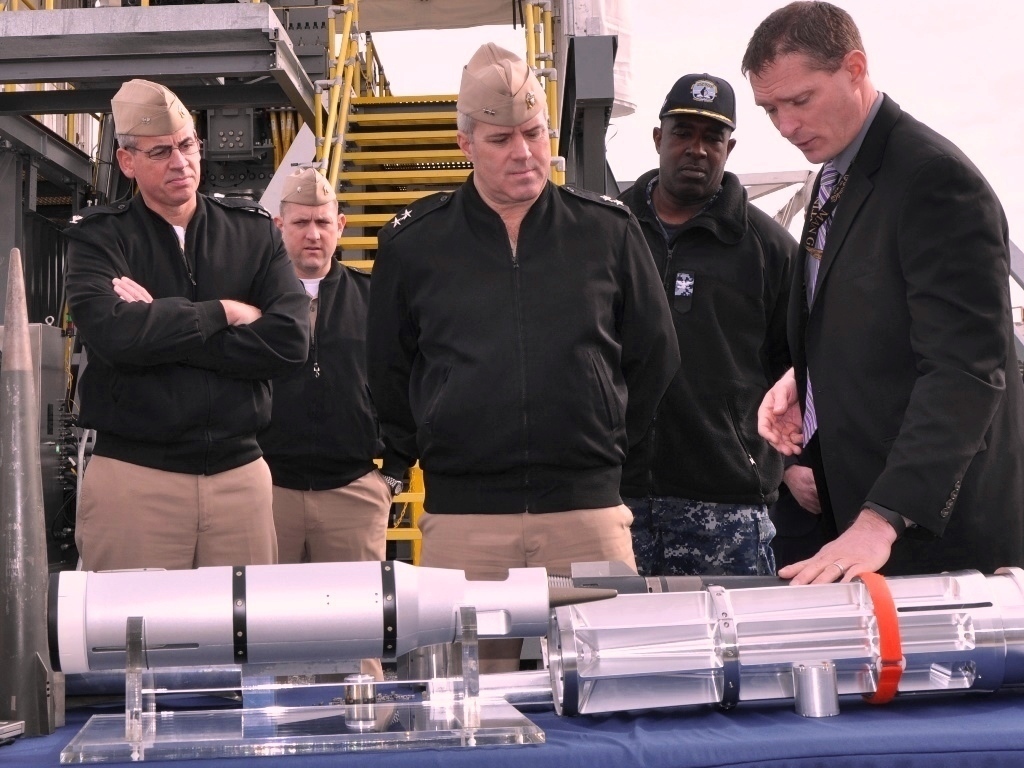 To supplement that offensive lethality, the surface force needs longer-range and faster missiles, and reliable networks that the fleet can integrate into.

“We’re bringing out Maritime Strike Tomahawk missile, the dual-capable Tomahawk. We’re bringing out Naval Strike Missile; this is a brand-new missile, we just awarded it last year. We want to deploy it this year. If we do that, we’ve got to have it be ready, manned, trained, equipped to perform in theater, and we’re going to try to do that,” Boxall said.
“I don’t think we’ve done that type of speed-to-fleet acquisition and fielding in my career.”

Still, in fielding a new weapon like the Naval Strike Missile on such a short timeline, the Navy is accepting risk both in the engineering program itself as well as in fleet readiness, asking sailors – in this case, sailors aboard the Littoral Combat Ship trying to restart that ship class’s deployment schedule – to also learn to use a new system as they’re trying to get ready to deploy.

Asked by USNI News during a question and answer session, Boxall said “you’re going to have risk: there’s risk to not having the new capability, and there’s a risk of bringing that capability on at a pace that’s too fast for the system. We want to find that right balance. In the past I think we have over-stepped and waited til we had it perfect, til everything was in place and we could put it out there. And there’s an opportunity cost to going slow. And we’ve not acknowledged the risk associated with that, whether it be in a shipbuilding program, an aviation program or a new missile, whatever it is – we just say, oh it’s got to be perfect and we’ve got to have everything in place. I think we’ve got to aggressively challenge ourselves: this is a much faster-adapting world than we have lived in, and it’s only going to get faster. And in this high-velocity environment we are going to have to accept risk in some new places we haven’t in the past. I would argue that we should accept it in places where you’re going faster.”

Caudle also acknowledged that risk and said “it’s easy to over-subscribe ourselves, and if we’re not careful we will bring too much on.” For the submarine community – which is looking to add an anti-ship missile to its current arsenal of torpedoes and land-attack missiles – the insertion of new weapons will primarily come through the already-in-place spiral development process that updates each sub’s hardware and software on a regular cycle. Caudle said the submarine force would use its 120 remaining Harpoon missiles as the anti-ship missile for about five years, until the Maritime Strike Tomahawk was ready. The force can add the capability to launch the Harpoons through the that regular process at a rate of five to seven submarines a year, which he didn’t believe would overwhelm the force – in part due to the demonstrated ability to integrate Harpoon into the sub’s combat system with minimal impact on the sub’s crew.

“The commonality of how we manage information onboard, the look, form, fit and function of our technology screens, allow the adaptation of new weapon systems and how we control those much easier than it was in the past,” Caudle said.
“So the sailors are more able to actually bring that new system in because of the way we build the underpinning [information technology].”

For the aviation community, the pace of inserting more lethality into the fighter force is already predetermined: the F/A-18 Hornets are gone, and the F-35C Lightning II Joint Strike Fighter is on its way into supplement the F/A-18E/F Super Hornet as a co-equal component of the fighter jet force.

For Vice Adm. DeWolfe Miller, commander of Naval Air Forces, the new jets are on their way and he has to make sure tactics can keep up to provide the Navy with the most combat power.

“All those tactics, as we bring fifth-gen and fourth-gen together – if you will, we kind of commonly call that Gen 9 air wings that we’re going to be having soon – those tactics, techniques and procedures to be able to maximize lethality within our air wings,” he said during the panel presentation.

After the panel, Miller told USNI News that various recapitalization and upgrade efforts cause various levels of disruption to the fleet, but his job as the type commander is to manage that risk and ensure the combatant commanders have the air wings they need.

“We deal with it across the board: as I go from E-2C to E-2D, as I go from P-3 into P-8, those are fairly natural progressions that really don’t stress the force, but it is new training that’s required. More importantly, when I go from EP-3s into a multi-INT Triton – so that one’s going to be, the whole way we train is going to be different, the fact that I’m going from manned to unmanned. But the way the mission’s done, there’s a lot of similarities,” Miller said.
“I’ll use another example, F-35: so again, tactical aviation, but new capabilities. … If we’re assessing how an air wing is performing, maybe those metrics are different when I’m looking at a more capable air wing. Maybe we need to elevate up that as well.”