General Atomics says it is launching new, heavier planes from its EMALS carrier launcher. The launches are taking place on land, and won’t be attempted on board the $13 billion Ford for some time, however. 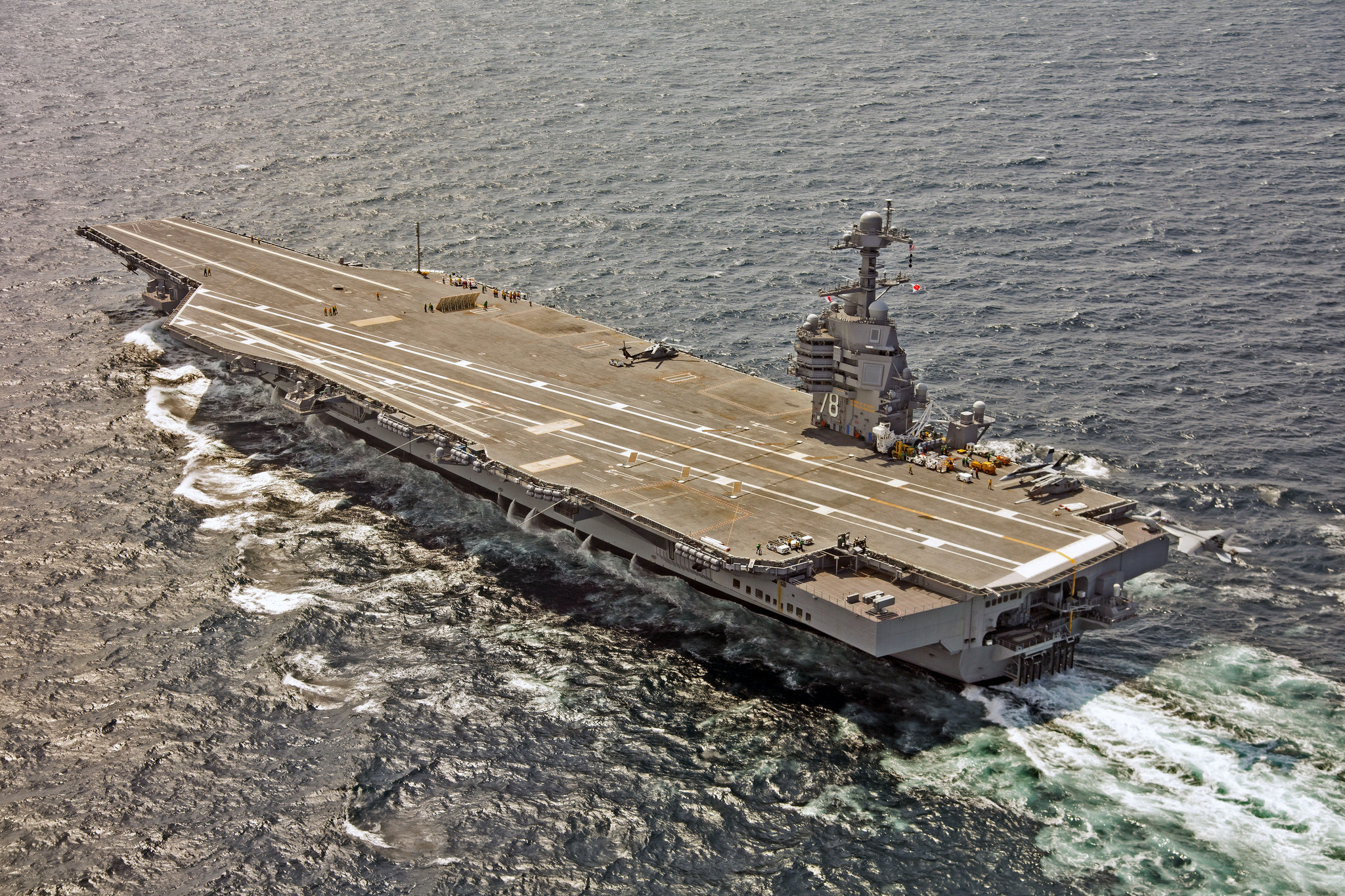 WASHINGTON A decade after the initial $5.1 billion contract was awarded to begin construction of the USS Gerald R. Ford aircraft carrier, the troubled ship is finally closer to be able to launch and recover a variety of aircraft.

One of the many issues that have plagued the ship — causing years of schedule slippages and cost overruns — has been the reliability of the electromagnetic catapults and arresting gear (EMALS), which a Pentagon report said earlier this year have proven unreliable under all but the best conditions.

But despite slow going and scathing criticism from some in Congress, there appears to be positive progress, according to the maker of the catapults and arresting gear. General Atomics Electromagnetic Systems announced today that its Advanced Arresting Gear (AAG) system caught its first C2-A Greyhound aircraft at a test site in Lakehurst, N.J on May 24. The next day, AAG nabbed an E-2D Hawkeye, followed by an E-2C Hawkeye on June 8.

Scott Forney, president of GA-EMS, said the company is “working closely with the Navy to thoroughly exercise these systems and test their range of capabilities to launch and recover the full spectrum of carrier-capable aircraft.”

The path to get to this modest point has been rocky. Testing during the 2017 showed that both the Electromagnetic Aircraft Launch System (EMALS) and AAG have had a spotty track record. In January, the Pentagon’s test and evaluation office released a scathing report stating that, as of June 2017, the electromagnetic catapults suffered a critical failure after an average 455 launches — a rate nine times higher than the Navy’s threshold requirement.

To put it another way, that failure rate means a Ford-class carrier has approximately a 70 percent chance of completing one day of sustained operations without a failure. When a problem does occur, the crew is forced to wait about 90 minutes for the system’s generators and motors to shut down before they could begin taking a look at the system to see what went wrong.

Neither the Navy nor General Atomics had released updated numbers by the time we went to press.

The first arrested landing aboard the ship took place on July 28 of last year, when an F/A-18F Super Hornet stuck its landing.

Since then, the Ford has seen about 750 F/A-18 landings, General Atomics said. 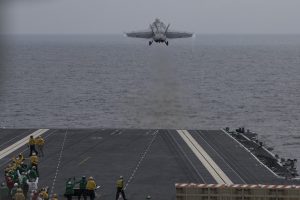 The company said it will continue testing throughout the summer, and once testing is completed in New Jersey, the aircraft will be cleared to begin testing aboard the Ford itself.

The idea of replacing traditional steam catapults with the EMALS was meant to do away with the requirement for the ship to generate and store steam. That frees up a large area below-deck and requires 25 percent fewer crew members to operate. The Navy has said the savings would shave about $4 billion off operating costs over the ship’s expected 50-year lifespan.

In its report released in January, the Pentagon’s director of test and evaluation said the “poor or unknown reliability of the newly designed catapults, arresting gear…could affect the ability of CVN 78 to generate sorties, make the ship more vulnerable to attack, or create limitations during routine operations.” Given the reliability issues, the Ford would be “unlikely to be able to conduct the type of high-intensity flight operations expected during wartime,” the study concluded.

The Ford even came up on President Trump’s radar early in 2017, when he detailed his uneasiness with using an electromagnetic system instead of steam in an interview with Time magazine. “It sounded bad to me,” he infamously said. “Digital. They have digital. What is digital? And it’s very complicated, you have to be Albert Einstein to figure it out.” When told EMALS was going to go on all carriers from here on out, “I said no you’re not. You’re going to goddamned steam, the digital costs hundreds of millions of dollars more money and it’s no good.”

However, the EMALS — obviously — continues.

But the Ford just keeps running into problems. In May, the carrier was forced back to port at Norfolk while undergoing sea trials after it experienced issues that the Navy would not discuss in detail.

“The ship experienced a propulsion system issue associated with a recent design change, requiring a return to homeport for adjustments before resuming at sea testing,” Colleen O’Rourke, spokeswoman for Naval Sea Systems Command in Washington, said in a statement.

The fixes appeared to be made relatively quickly, since the ship has continued its testing in the Atlantic throughout this month.

Concerned by the problems getting the ship to sea, and the desired to bulk up the entire fleet to 355 ships in the next several decades, a provision in the House’s 2019 National Defense Authorization Act directs the Navy to consider extending the service life of the USS Nimitz, commissioned in 1975. The House instructed Navy Secretary Richard Spencer to brief the House Armed Services Committee no later than March 2019 on options to extend the service life of the Nimitz.

The Senate’s version also demands a report on keeping the carrier around past it’s 50-year lifespan in 2025, but asks for it by January 2019. The House and Senate are expected to conference in July on proposed provisions in the 2019 defense bill, which leaders in both houses hope to have wrapped up by fall.

The future USS John F. Kennedy, set to be completed in 2020, and the USS Enterprise, set to begin production this year, are the next two Ford-class carriers slated to head to sea.