Editor’s note:  The following is an opinion piece. The writer is not employed by Military Times and the views expressed here do not necessarily represent those of Military Times or its editorial staff.

Today, June 4, is the 75th anniversary of our nation’s first great victory in World War II: the Battle of Midway.
Midway changed the course of our war in the Pacific against Japan. It took place just six months after the devastating attack on Pearl Harbor, and less than a month after our defeat in the Philippine Islands and the infamous Bataan Death March.
The enemy’s aim was to draw out and destroy what was left of our Pacific fleet after Pearl Harbor. Our ships were outnumbered 4 to 1, our pilots had less experience than the Japanese and, at that point in the war, Japanese Zero fighter planes could easily outmaneuver those we had to offer.
Over the course of three days of battle, however, the United States won an overwhelming victory. We won because luck was on our side, because the Japanese made mistakes and because our officers and men acted with great courage amidst the chaos of battle.
Mostly, however, we won because our great naval commanders — Adms. Chester Nimitz, Ray Spruance and Frank Fletcher — and the men they commanded acted as a team, making coordinated, split-second, life-and-death decisions with one goal in mind: defeating the enemy. 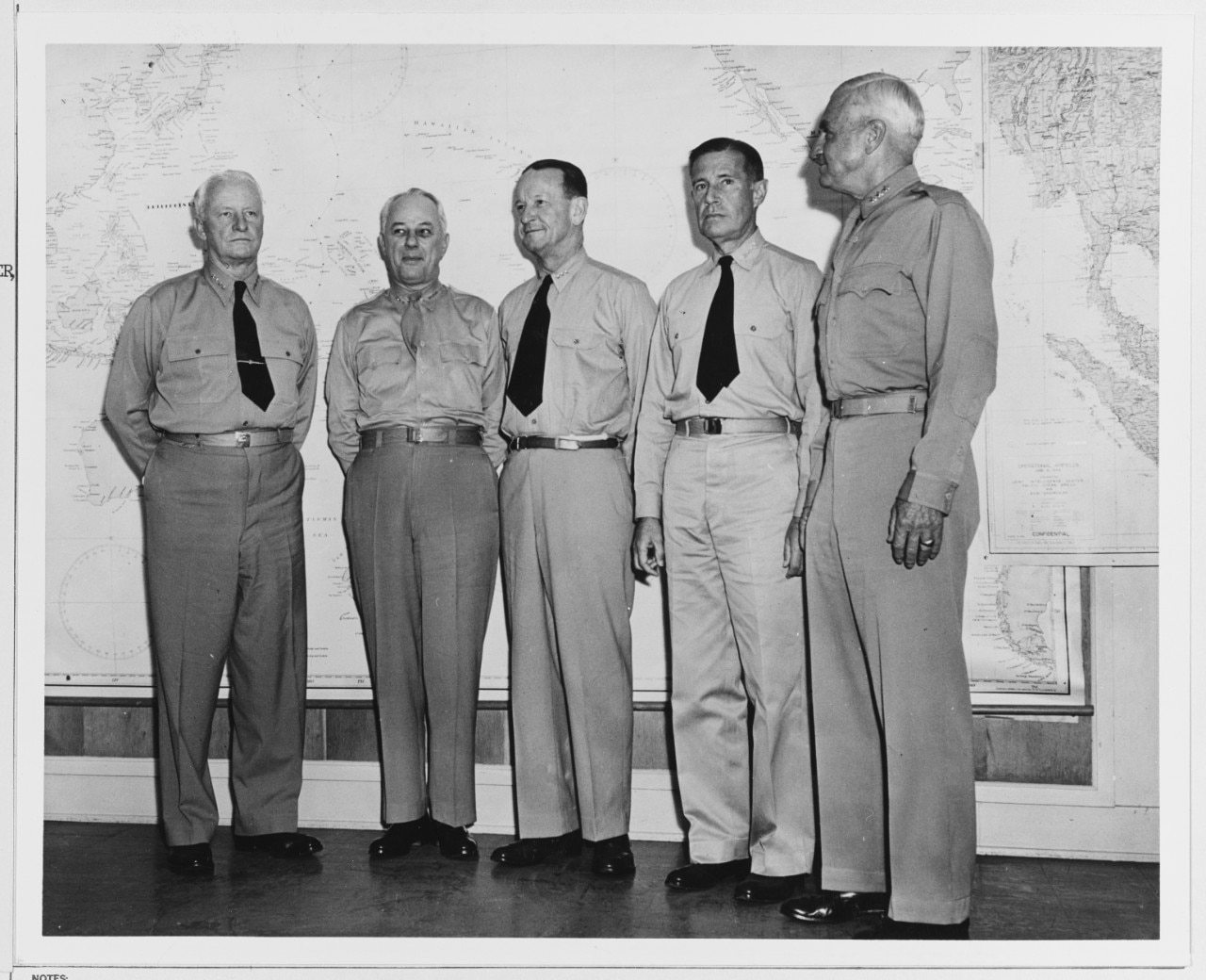 American forces sank four Imperial Japanese aircraft carriers that were part of the six-carrier force that had attacked Pearl Harbor, along with a heavy cruiser. The battle has been called the most stunning victory in the history of naval warfare.
A quote from historian Walter Lord is inscribed on the walls of the World War II Memorial in Washington in tribute to those who fought at Midway. It reads:
“They had no right to win. Yet they did, and in doing so they changed the course of a war … Even against the greatest of odds, there is something in the human spirit  — a magic blend of skill, faith, and valor —  that can lift men from certain defeat to incredible victory.”
I have no doubt the brave men and women who serve our nation in uniform today could summon the will and spirit to fight on to victory against a foreign opponent if called upon, just as their ancestors did. But today we, as a nation, are at war with an enemy no soldier or sailor can defeat. 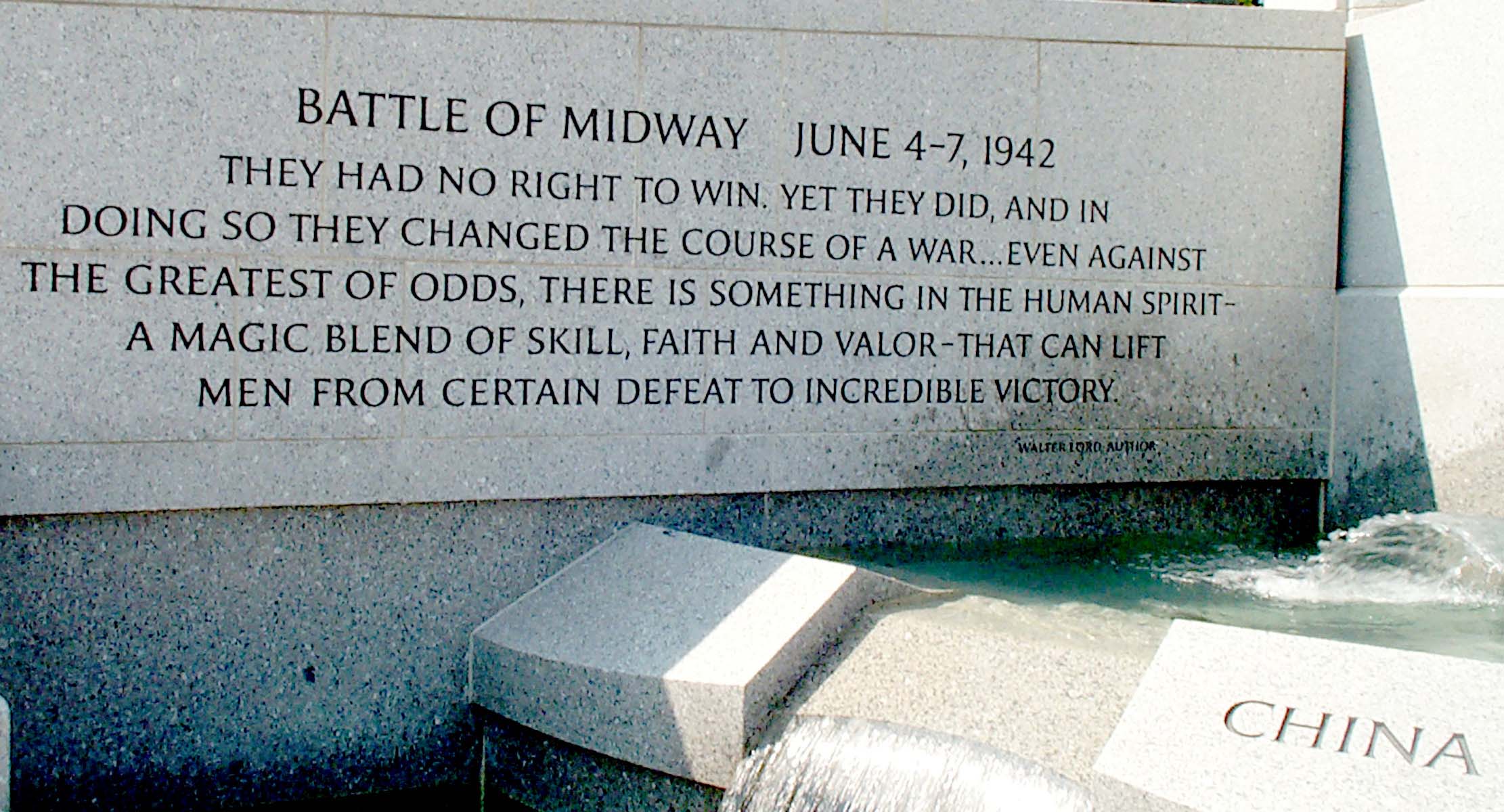 An image of the National World War II Memorial in Washington.Photo Credit: Rudi Williams/Defense Department
Today, Americans are at war with each other. And, just as at Midway, our future as a nation is at stake.

Overheated rhetoric, “fake news,” extreme partisanship, shouting down speakers, and outright lies now permeate our political discourse. Winning the next election should not be as important as the good of the country. We no longer trust each other. As a result, we are drifting further and further apart.
We can come together again — but to do so will take the same level of courage, leadership, and unity the Navy displayed at Midway.
Where, at this critical moment, are people like Nimitz, Spruance, and Fletcher — men and women of vision, of boldness, of seriousness of purpose, and of bravery? How do we get today’s leaders to rise above the bickering and the noise and do what needs to be done in our time, as they did in theirs? And how do we instill their courage and decisiveness into our elected representatives, and ourselves?
This is an extraordinary time in our history, just as World War II was. President Lincoln’s challenge to his contemporaries that “we shall nobly save, or meanly lose, the last best hope of earth” is as true as it has ever been.
And, as Lincoln said in the same message, “As our case is new, so we must think anew, and act anew. We must disenthrall ourselves, and then we shall save our country.” 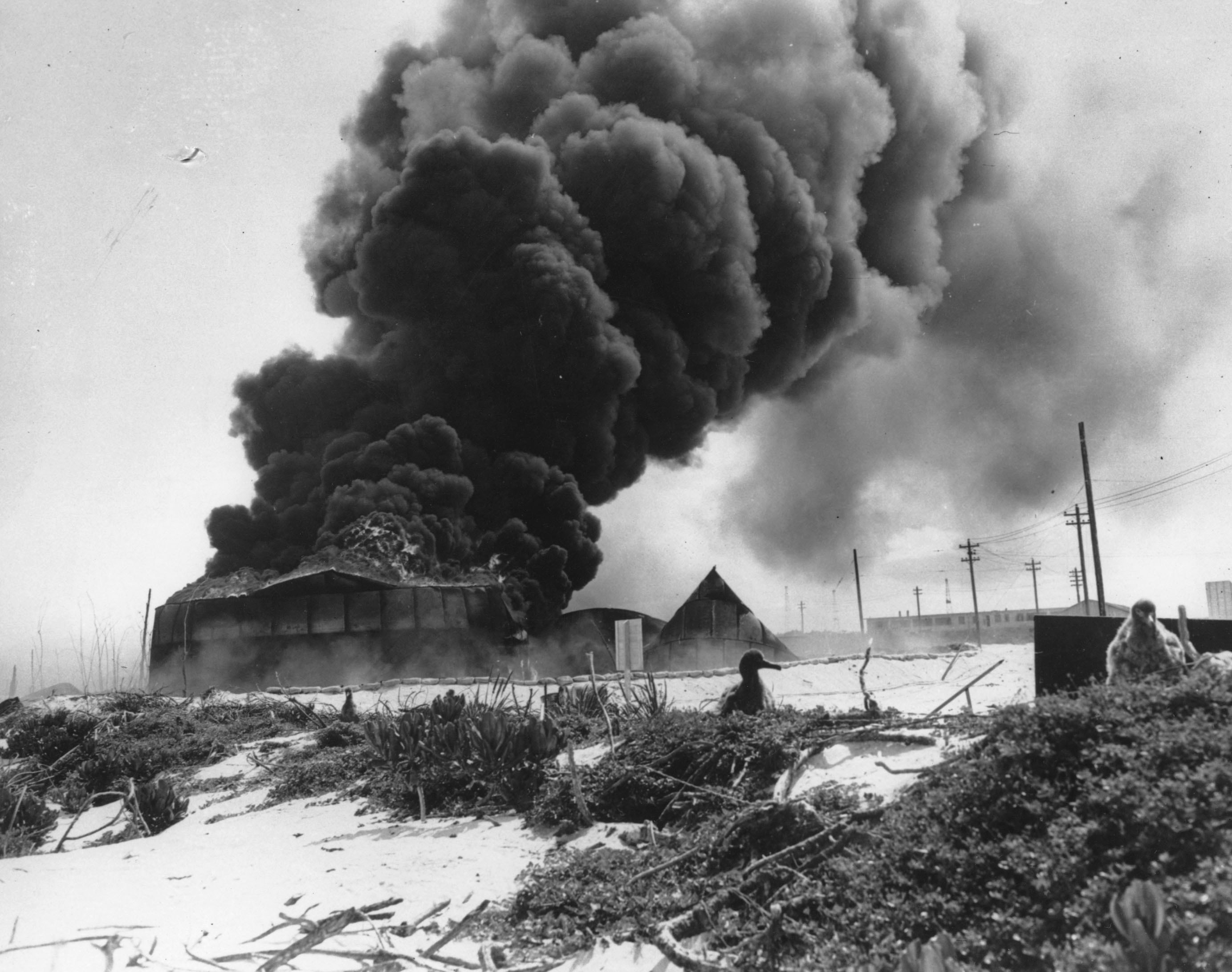 What if, for example, in addition to separate party-only retreats as they do every year, Democratic and Republican leaders held a joint retreat to discuss not the best interests of their parties, but the best interests of our nation — and brought back jointly developed proposals both parties enthusiastically supported?
What if lawmakers, parents and young people themselves decided that a national service program for 18- and 19-year-olds was a good idea — and that helping in health care, conserving our nation’s resources, supporting rescue and rebuilding efforts, caring for others, bringing hope to disenfranchised youth in our inner cities and serving in our military were all appropriate tasks for young people who would otherwise be attending college, working at entry-level jobs or not working at all?
And what if we followed President Kennedy’s example of challenging Americans to put a man on the moon within a decade and choose to rally around another great scientific challenge, like President Obama’s vision to find a cure for cancer, that will inspire our nation and instill pride in what we can accomplish together?
As we observe the 75th anniversary of the Battle of Midway, let us think about what we have become as a nation in the 21st century, and how we can once again come together and summon the passion and the will needed to win great victories.
Our war against ourselves threatens American democracy as greatly as Axis dictators did during World War II. The odds against winning grow longer with each passing day, and this time, our brave servicemen and women alone will not save us.
Let us discuss the great issues of the day in a way that acknowledges we are all one nation — a rich tapestry of many cultures, races, and faiths.
Let us stop stereotyping others and their viewpoints, and stop insulting those who disagree with our opinions. Let us continue to debate and argue about the common good, but with respect.
In acting in this way, we honor the legacy of those at Midway, and in all of America’s conflicts, who gave the last full measure of devotion to defend freedom for all of us.
We demonstrate that we, too, have the spirit that led us to victory in the Pacific and in our other wars and conflicts. And we guarantee, in our own time, the blessings of liberty to ourselves and our posterity — as our founders did, as great presidents and patriots have done in their times, and as our men and women in uniform have always done.
Admirals Nimitz, Fletcher, and Spruance would be proud — and would expect nothing less. 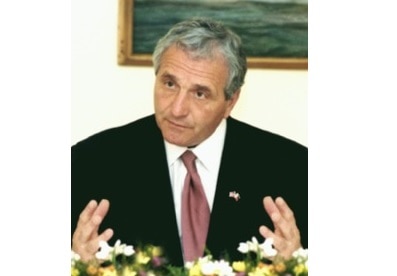 Anthony J. Principi served as secretary of Veterans Affairs from 2001 to 2005 and as chairman of the 2005 Base Realignment and Closure Commission.